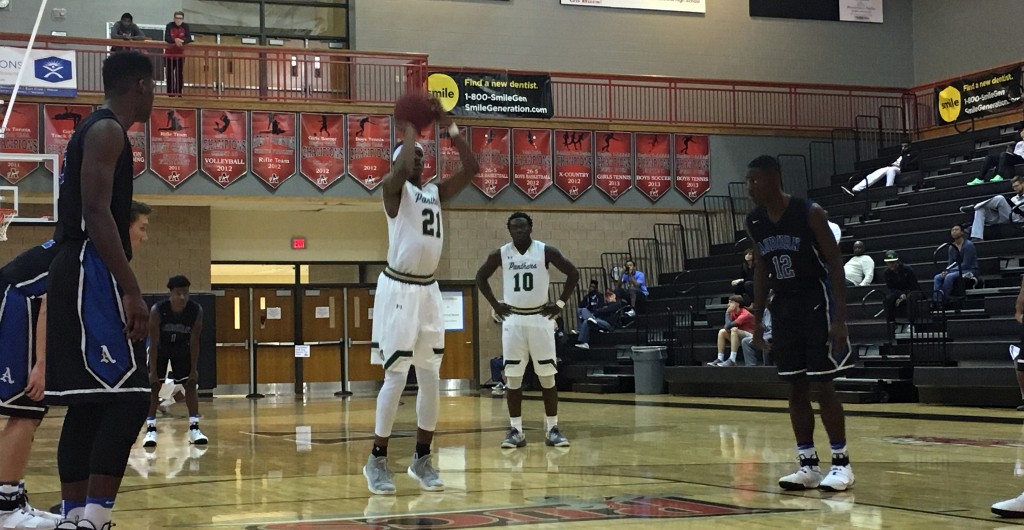 We had a busy slate on Wednesday at the Lake City Classic and there were plenty of showings to write home about. Here are our Super Six players from the day’s action at the three-day tournament.

Demierre Black, Hillgrove (GA), 2017: The 6-foot senior scored 31 points and tallied buckets all over the floor in his team’s win over Central Macon. Black did a good job of getting to the free throw line in the victory and challenged an aggressive defense that came his way. He was one of the most impressive scorers on Wednesday at the Lake City Classic.

Christian Brandt, Auburn (AL), 2018: The 6-foot-2 guard delivered in the first half against Langston Hughes in a big way. He hit four gorgeous three-pointers en route to 18 points in the first 16 minutes of play. Brandt finished with 28 points in the win. He was terrific. The 6-foot-2 guard told us no one is recruiting him at the moment but he’s too good of a perimeter threat and a good enough student to have that happen. Brandt was the best revelation of the day on Wednesday.

Demiere Brown, North Cobb Christian (GA), 2017: What a game from Brown in the best contest of the day at the Lake City Classic. The 6-foot-5 outside-inside forward scored from all spots on the floor and helped delivered a victory to his team in overtime. Brown delivered. He scored 24 of his 33 points in the second half and overtime period. He shot it well from the wing and was a force on the glass as a rebounder. Brown is one of Georgia’s best junior college bound prospects there is in the state.

Trey Doomes, Allatoona (GA), 2018: The 6-foot-3 guard scored 26 points and attacked the rim with gorgeous attacks with the dribble against North Cobb Christian in a back-and-forth battle that had to be settled in overtime. Doomes was outstanding in his team’s loss. He’s playing a mature style of basketball for the Buccaneers right now and one of the best underclassmen at the Lake City Classic.

Landers Nolley, Langston Hughes (GA), 2018: Meet one of Georgia’s absolute stud scorers. The 6-foot-6 junior wing pumped it in from all spots on the floor in a tough loss to a tough Auburn team. He’s a good three-point shooter, a good midrange pull-up shooter and a good but could be a better finisher. Nolley racked up 34 points in the loss but certainly did his part to help his squad. Nolley is quickly becoming one of the more sought after high-major prospects in the South this high school season.

Nelson Phillips, Warner Robins (GA), 2018: His second half play against Collins Hill was the difference maker for the Demons in an important win for the Middle Georgia powerhouse. The 6-foot-4 junior wing muscled his way to the iron time and time again. He finished with 21 points on 7-12 shooting. Phillips said he’s hearing from Florida State, Georgia and Mercer.