Super seven things from Saturday at the City of Palms 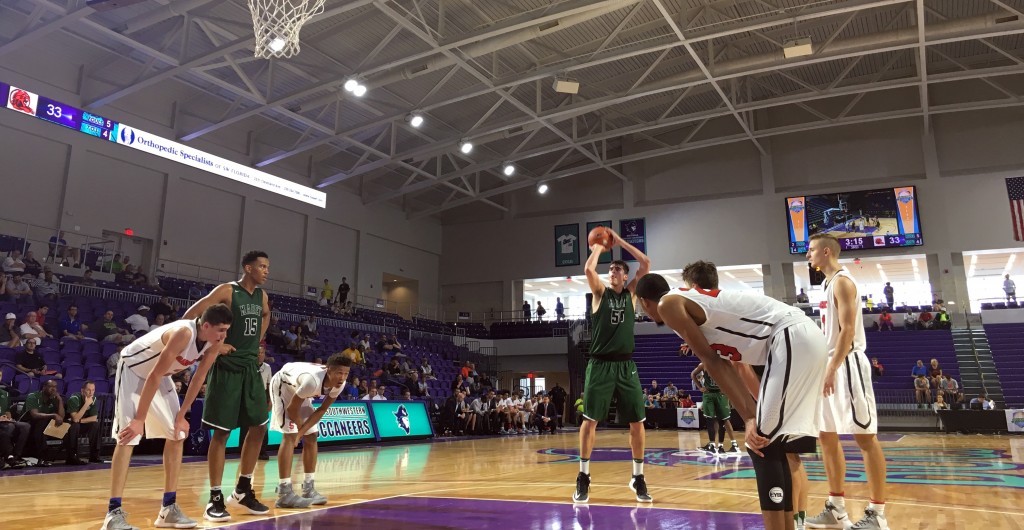 The City of Palms tournament is the best high school basketball tournament in the country. HoopSeen was on hand for the Saturday action and some of the nation’s best didn’t disappoint. Here are the super seven things that stood out to Justin Young.

Everything MJ Walker did for his Jonesboro team on Saturday against Mae Jemison. The No. 19 ranked player in the class of 2017 scored 29 of his 41 points in the second half and was absolutely brilliant in leading his team to victory. The City of Palms tournament historically boasts epic performances. Walker cemented his place in history on Saturday with this stellar performance.

The IMG-Norcross game was the day’s best on Saturday. The two top 10 nationally ranked teams traded possessions throughout. The contest was filled with talent at every position. It was as good of a game as you would have hoped it could be with that kind of talent. IMG pulled out a strong victory.

IMG’s junior forward Emmitt Williams helped in his team’s win. He’s on another level of freaky when it comes to athleticism. Few players make you want to watch from the edge of your chair. He does. He most certainly does. The bouncy big man owned the paint in the critical second half against Norcross.

Why is Trevon Duval the top point guard in the class? Because when he isn’t scoring with his trademark rim-bending offense, he’s falling back and letting his passing help his big men play Superman. Duval finished with a ho-hum nine points but seven very important assists.

Luka Garza’s rebounding touch in traffic against Sagemont. The future Iowa big man was a monster in the middle and won his match-ups on both sides of the ball against Sagemont (FL). He officially recorded 13 in the box score but his impact felt like he was on it twice as hard. It was an impressive feat.

Alex Lomax of Memphis East (TN) is one of the best defensive guards there is nationally regardless of class. The junior played a big role in Pace Academy’s 31 turnovers. Lomax had six steals in the nightcap.

This was my first time getting a good look at TJ Moss of Memphis East (TN) and the 2018 guard did not disappoint. He was one of the top guards on Saturday thanks to his silky shooting on the wing. He has all of the tools of a no-brainer top 100 national recruit for the class of 2018.