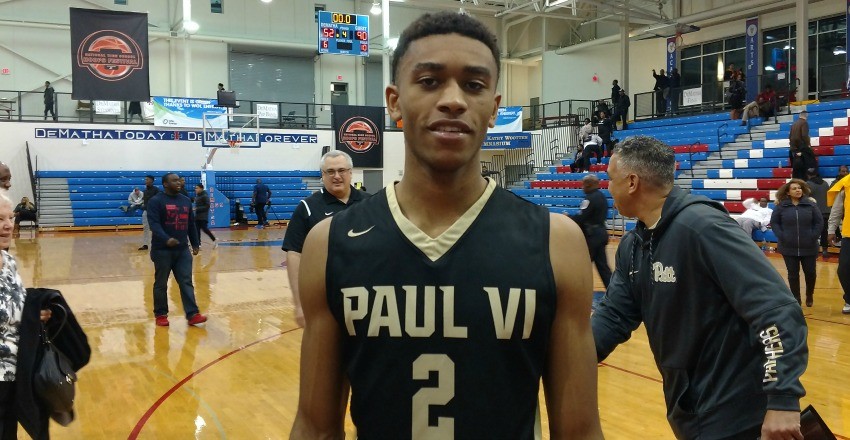 The National High School Hoops Festival is always a must-stop during the high school season and this year’s event continued to surpass previous standards that it had set. Hosting some of the top teams out of the DMV and beyond, we take a look at handful of the standouts from our weekend spent in the nation’s capital.

The pressure on the shoulders of Hamidou Diallo isn’t fair for a teenager still within the prep ranks but he sure didn’t let it bother him during his stay in DC. The 6-foot-4, explosive and bouncy wing, may have the best second leap around the basket that I have ever evaluated. There has been criticism for his ability, or lack thereof, in making shots from the mid-range area on out. However, Diallo hit on 13 of his 19 shots from the field on Saturday as he made two of his three perimeter attempts. The elevation and mechanics on each attempt are consistent and thanks to his well-oiled motor, elite, physical tangibles, and ball-hawking abilities on the defensive end, Diallo, if he does decide to head to the NBA Draft in June, could hear his name called by Adam Silver during the first round of action.

Quite possibly the biggest breakout of the early winter months, Jakob Forrester was phenomenal all weekend long. While the majority of those that played two games throughout the event didn’t bring the same energy and consistency to the playing floor during their latter contest, it was the Westtown junior that may have outplayed his former contest. A slender but good looking forward that competes with a major chip on his shoulder, Forrester wasn’t afraid to throw down the dunk in the lane, protect his own basket, and rebound the ball within traffic. Sure, he does need to add more time into his jumper but he was confident converting from the mid-range and thanks to his energy levels and upside to grow further, Forrester walked away with offers from Indiana and Providence.

The revelation of the weekend, Tyrese Samuel is about to become a well-talked about name out of the DMV and beyond. After entering the United States in August out of his native Ontario, the 6-foot-8 forward showed off tremendous instincts and the ability to make plays from in and out of his area. Sure, he does need to display more of a polished skillset but the physical tangibles out the Canadian are daunting. He does a fine job of getting up and down the floor and makes a name for himself on the glass. Seeing that he holds no offers at the time being along with limited college interest, the Brookwood Elite junior is ready to break out and could be someone that several of the high-major programs nearby begin to dabble with. 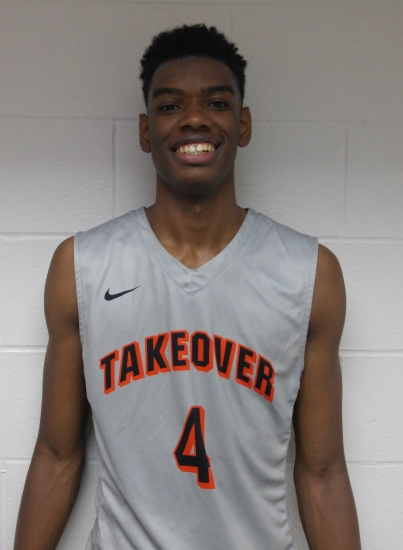 Brandon Slater has been a talked about name for some time now but the performances that he had at DeMatha Catholic during the two-day event was nothing short of superb. The lefty wing still has some filling out to do but it does seem that his arms go on for days. The southpaw hit on a few catch and shoot jumpers, got to the basket and displayed quality body control on the in-traffic score, and also remained active and engaged within the miscellaneous. Following his dominant weekend, Slater spoke on Virginia, Miami, South Carolina, Maryland and Louisville as the five programs coming on the strongest. Upon the proper progressions, Slater could scratch five-star territory entering his final season on the travel circuit with the Team Takeover gang.

Having his future head coach in attendance on Sunday, Aaron Thompson’s final box score numbers didn’t support what he really did for his team in the blowout victory. There aren’t many steadier lead guards in all of the land and it is nice to see Thompson improve his shot making skills while remaining an elite on-ball defender. He has a burst to him on the first step to the lid and has the vision and playmaking abilities that could make him a starter early on during his days at Pitt. There wasn’t much that Thompson didn’t do during his two-day stint at the National Hoops Festival as he finished with efficiency, made shots, and most of all, brought energy to every possession that he was on the floor for.

It would be nice for Emmitt Williams to stand a few inches taller but really, what would be the use? The 6-foot-7 forward was utterly dominant during his action over the weekend and his efficiency on the playing floor was no laughing matter. While he has been seen primarily as a producer via his own energy levels and instincts, the Sunshine State native did show off improved ball skills as a low and mid-post passer of the ball and someone that can now, when need-be, step out and hit the corner pocket 3-point jumper. A ferocious warrior on the hardwood that deserves the nickname ‘Manimal 2.0’, Williams continues to put up giant numbers and thanks to his improving skillset, is raising his basketball ceiling for the years ahead.

It is that time of the year that high-major programs begin to scour what might be left and available from the class of 2017 and reach a bit on ballplayers that might be better off at the mid-level. Alex Yetna is not that type of guy as the lefty is beginning to become much more accustomed to his new setup at Putnam Science and is seeing his production and playing time steadily increase. Despite being a bit undersized in the post, the super hard playing and active power forward completed a double-double during his first contest without having a single play called for him. The French import display a go-to hook over his right shoulder and a major nose for the ball on the glass; expect a major increase in the attention for the Putnam forward in the coming weeks.