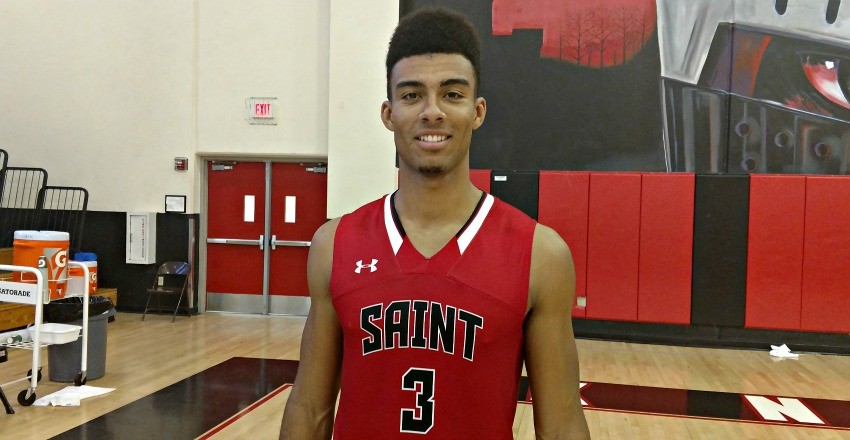 The state of Florida has never been short for talent and this past weekend’s Kreul Showcase solidified the fact further. Hosting some of the top prospects that the Sunshine State calls its own, the more notable performers stepped up and left another solid impression while a couple of others left their own mark. We take a look back at a few things that we learned along the way during our time in the gym on Saturday.

If you’re a fan of the Florida State basketball program or tend to follow the college basketball side of things a bit, it hasn’t been too difficult to figure out what Leonard Hamilton has come to love in throwing out onto the playing floor. Down low, the Florida State head coach loves agile big man that can protect their own basket but have the lateral skills to guard a ball screen appropriately away from it. In the backcourt, it is more about guards that are strong and tough and bring more size to their position compared to the typical perimeter weapon. At the Kreul Showcase, two signees to the ACC program suited up, both displaying added size for their spot on the floor and ideal mismatch qualities.

Starting off the event, it was Anthony Polite, a 6-foot-6 guard, someone that can play all three spots out on the perimeter, which kicked things off nicely. He is an explosive guard that gets downhill with the basketball with ease and has become much more of a threat via the jumper, causing even more headaches for his opponents. He is blessed with a college ready body, toughness in the lane, is an excellent playmaking skills, all of which should makes the Swiss born guard an immediate producer in Tallahassee next year. Pair him with current Seminole freshmen CJ Walker and Trent Forrest and the trio should thrive under Hamilton’s watch. 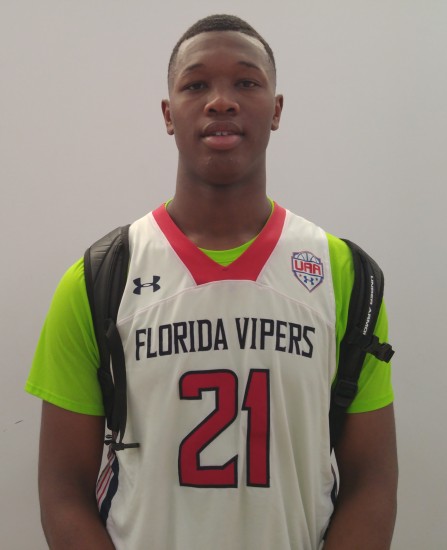 To close out of the event, it was Rai’Quan Gray, one of the more interesting evaluations in all of high school basketball, who took to the floor. One look at him in street clothes and you’d think that the Sunshine State native was headed to FSU for football. While Gray is a super strong forward that pummels guys around the basket, it is his passing abilities and feel for the game that really stands out. Sure, the 6-foot-7 forward out of Dillard High will need to get in better shape but his IQ, playmaking skills, and physical agenda on the hardwood will be welcomed immediately next year. His learning curve may be a bit steeper than most on the defensive end but the mismatch that he presents on the floor is much more evident than others, too.

Add it up as Gray and Polite, along with tough-nosed off guard Bryan Trimble, versatile and shot making forward Wyatt Wilkes, and shot blocking connoisseur Ikey Obiagu, each bring valuable traits to the hardwood, giving the Noles a solid 2017 class graced with mismatch options aplenty.

There have been a bevy of talented teams and duos in past years on the high school circuit but at the time being and what can be in the years ahead, I am not totally sure that there is a better frontcourt combination than Balsa Koprivica and Vernon Carey Jr. The five-star University School big men both bring elite upside, size and length, ball skills, and an improving alpha mentality that should make each highly lauded and followed recruits over the next few years.

Getting another two game look at the Serbian born and Miami native sophomores, it is quite pleasing to the eyes to watch two young but super talented big man play the game so well together. So often, a young talent like each wants to be ‘the guy’ and, for the most part, rarely does a prospect as good as both of them have to play alongside another big man as talented as they might be, at the very least, until the college level. The fact that each can play next to each other while remaining efficient throughout speaks volumes about the broad skillsets of each, their IQ and understanding for the game, and their lack of an ego.

While going down in defeat in a hard fought loss that saw each five-star big man foul out on Saturday evening, both Carey and Koprivica showed just what makes them so special.

Carey, a 6-foot-9 power forward with a 7-foot-2 wingspan, displayed a buttery lefty jumper that he uses to extend the defense off of the pick and pop but is more than capable of making the majority of his foul shot attempts, showed major strides at the Kreul Showcase. The son of a former Miami Dolphins lineman, the sophomore big man should be seen as a perfectly sized power forward that has become much better at finishing at the basket with two-handed dunks in traffic. He is an underrated passer of the ball facing the goal and is a solid rim protector in the lane.

Next to him is Koprivica, a 7-foot center that will get his fair share of Kristaps Porzingis comparisons in the years ahead. Outside of the physical looks test, the Serbian born big man is exceptionally skilled for a kid his age and his size. He enjoys facing the basket and hitting on impressive mid-range and even perimeter jumpers but it is his improved quickness and conditioning that really stood out. While he is just coming back from an Achilles injury, Koprivica showed off a mean streak during the second half of his contest as he made for a few boards from out of his area, threw down thunderous dunks, and made for a solid shot changer at the basket.

Having already visited the likes of Miami, Louisville, and Kentucky in recent weeks, things are just beginning to heat up as Carey and Koprivica are both top-five prospects from their 2019 class and two with some of the most upside and value out of the underclassmen ranks.

FLORIDA IS FOR EVERYONE

While the likes of Miami, Florida and Florida State have had their fair share of success recruiting the their state, that isn’t to say that many others can’t come into the area and pull out some of the more under the radar talent. This year is nothing outside of the norm and on Saturday, a few already committed seniors showed just how good they can be at the next level.

Eduardo Camacho, a 5-foot-11 lead guard out of Miami Christian, was a primary catalyst for his group’s win over a talented Miami Country Day squad, a group led by South Carolina signee Ibrahim Doumbia. The 6-foot-8 forward is another nice snag by Frank Martin’s crew but is Camacho that showed immediate value for the next level. Headed to Central Connecticut State next fall, Camacho is someone that doesn’t know how to take a play off, has speed for days, and does a good job buying into his role as a facilitator and lock down, on-ball defender.

Also headed up north is Jeff Prophete, a 6-foot-3 scoring guard out of Fort Lauderdale High School. He didn’t look his best on Saturday but it is clearly evident what he brings to the hardwood. What might that be? The Towson signee is a hard-nosed and tough perimeter piece that can create his own shot and score it out to 22-feet. He should lend a helping hand to the CAA program in the future and buy in to the culture that head coach Pat Skerry has laid down at Towson.

We spoke earlier on University School’s close defeat and it was the frontcourt duo of Westminster Academy that was the primary reason for it. We here at HoopSeen have talked about the senior signees in the past but dues must again be paid to both Jason Strong and Paul Atkinson.

Strong, a 6-foot-7 slender but active forward that has his best basketball ahead of him, might be the steal of the 2017 class from the state of Florida. Scoring 23 points in the win, Strong will head to Northeastern next year and should immediately give a helping hand to the CAA squad. He can score the ball from inside and out, has become much more athletic at the basket, and seems to be more than capable and willing to defend near and further away from the bucket.

His teammate and more of a 10-foot and in big man, Paul Atkinson might not wow you with high flying dunks or be able to create his own shot from off of the perimeter like more of the new era big men can, but what he does do is produce. The 6-foot-9 center is one of the more efficient of big men nationally. Yale scooped up a fine interior piece as Atkinson does a fine job of rebounding his area on the glass, finishing within traffic, and also competing within the trenches displaying a well-oiled motor.