Chick-Fil-A Classic Day One: Greg Williams has his moment 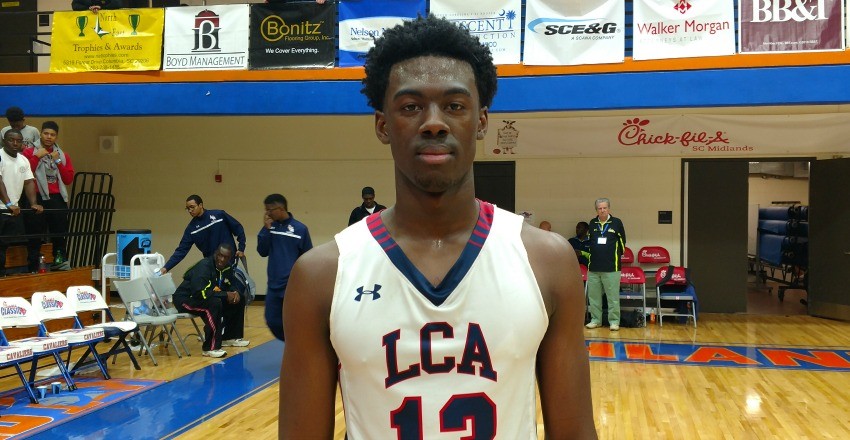 Chick-Fil-A Classic Day One: Greg Williams has his moment

The Chick-Fil-A Classic has been a staple on the high school season schedule and this year’s list of teams might be the best yet. During the first full day of action in Columbia on Wednesday, a number of high-level prospects hit the floor but it was a junior guard out of Louisiana that ended the evening with an impressive performance.

Leading his Lafayette Christian bunch into battle against a very talented Westlake High bunch, a team boasting Chuma Okeke, a top-50 recruit headed to Auburn, Greg Williams stepped his game up and then some. Missing their own top-100 recruit in Galen Alexander, the 6-foot-3 junior guard took the court by storm and showed just why he is such a heavily thought of recruit from down south.

As explosive as can be, Williams threw down the dunk of the night off of a putback jam that showed just how athletic he really is. However, the Lafayette guard isn’t a one-trick pony as he wields a very confident and mechanically sound perimeter jumper, a shot that he connected on three times. Leading his team with 18 points and seven rebounds, Williams’ calming presence, athleticism, feel for the game, and versatility in the backcourt should enable for a highly followed college recruitment.

Holding ten offers at the time being, the talented junior spoke a bit on his college stock. “Right now, I am probably hearing the most from St. John’s and Baylor,” Williams said.

“It’s a big city and a good environment,” the high level athlete said about St. John’s. “They’re staff is a very seasoned one with a lot of NBA experience that played at that level.”

Williams went on to speak about Baylor. “I was supposed to visit for a football game,” he said. “They have a good system and the school is good. They’re like a big family environment and a good Christian school.”

Thanks to his impressive array of passes, finishes and the ability to make jump shots, Baylor and St. John’s won’t have it easy for that much longer as Williams looks like he has the talents to become a blueblood recruit as a member of the 2018 class.

LA LUMIERE HAS THE GOODS

The talent level on this year’s La Lumiere squad is second to none. One of the very best high school teams nationally, the program based out of Indiana holds a number of diivson-1 signees and on Wednesday evening, a handful of them showed off just what makes them good and furthermore, how great they can become.

Jaren Jackson, a 6-foot-10 power forward headed to Michigan State next year, was excellent at protecting his basket and playing like a mad man within the painted area. He swatted away nine shots at the rim, raced up and down the floor with a purpose and made six of his nine field goal attempts. Think Tom Izzo could use this dude right now in East Lansing? Yeah, I think so, too. 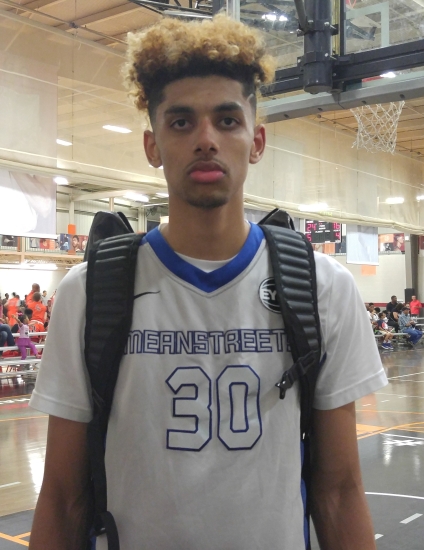 His running mate in the frontcourt but a pure 3-man, Brian Bowen was heavily watched by NC Sate head coach Mark Gottfried and an assistant on Wednesday and the Michigan native didn’t disappoint. Not a great athlete, Bowen uses his 6-foot-7 size and IQ for the game in getting to his spots within the half-court setting before then attempting balanced jumpers from the mid-range area. A commitment is not far off for the top-25 recruit as Texas, Arizona, and Michigan State have gained the most momentum; Bowen finished up the night with a final stat line of 15 points, seven rebounds, and three assists.

To top it all off, La Lumiere went to the bench for a spark and boy, did they get one with Jordan Poole. The 6-foot-4 guard out of Wisconsin, Poole has turned himself into a major shooter of the basketball and as someone that can change the entire complexion of a game. He did just that thanks to his five 3-point makes and in converting on seven of his 11 field goal attempts. The Michigan signee can also playmake some but is at his best doing what he did on Wednesday, something that Wolverine head coach John Beilein should be excited about.

When you talk about guys that bring premium size to their spot on the floor, Elijah Weaver fits the bill. The 6-foot-4 lead guard and his Oldsmar Christian bunch went down in defeat but it was the strides that the Sunshine State native showed that really impressed. The lefty has been more about what he can do from off the attack but the fact that he made four of his six perimeter attempts without forcing the issue looks like Weaver may have hit the next level with his game. Before leaving the gym, he told HoopSeen that he will take his first official visit to Louisville on January 28.

Another high level performance but met in defeat, Chuma Okeke has always been the ultimate utility knife as someone that can do whatever might be needed from him on the playing floor. Finishing with 21 points and 23 rebounds, the Auburn signee could have finished with better efficiency around the basket but he has the makings of a monster of a matchup issue at the next level that should do wonders as a small ball 4-man thanks to his length, instincts, ball skills, and sneaky quickness.

The Wheeler gang came out swinging and it wasn’t just because of one performer. Darius Perry, Jordan Usher, EJ Montgomery, and Jordan Tucker, all top-100 recruits within their respective classes, each tossed in at least 14 points, three assists, and three rebounds. Tucker was the backbreaker in the win as he hit on timely shots, jumpers that came as far out as 22-feet from off the catch. One of the best available prospects left on the board, Indiana and Villanova continue to stand out for the New York native.

Thanks to the Christmas break and the ending of the first semester of classes, the chance to hit the gym for a few hours was taken as a number of college coaches were seen throughout the day in Columbia. Buzz Williams, Brad Brownell, Frank Martin, and Mark Gottfried, along with assistants from VCU, Rutgers, FGCU, Columbia, Yale, Wofford, and Western Carolina were among those spotted throughout the first full day of action at the Chick-Fil-Classic.