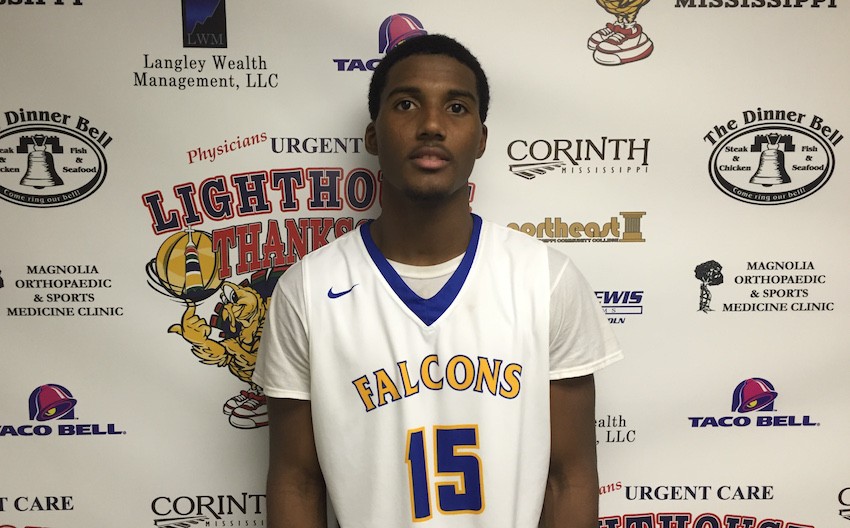 The 2016 Lighthouse Classic featured several competitive games and even more intriguing matchups on the floor. After 17 games in two days, here are the event's top performers... 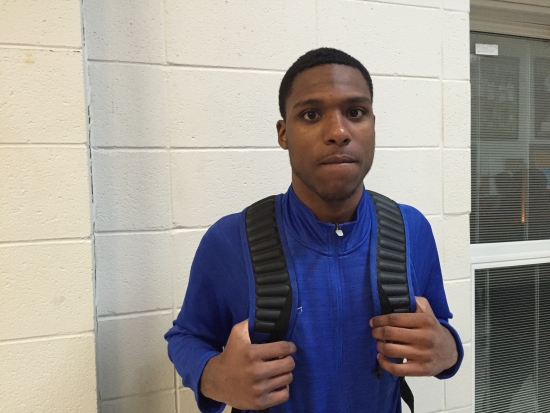 Alfred Hollins, 2017 SF, Hillcrest Prep (AZ): It would be hard to argue that a player helped himself more over the weekend than Hillcrest Prep’s Alfred Hollins. The long, 6-foot-6 wing came in with his hard-hat on each game and proved to be a producer at both ends of the floor. He rebounded efficiently on both ends of the floor and was also a solid defender with his versatility. Hollins holds offers from Washington State, Oregon, Colorado, Arizona State, Virginia Tech and others. 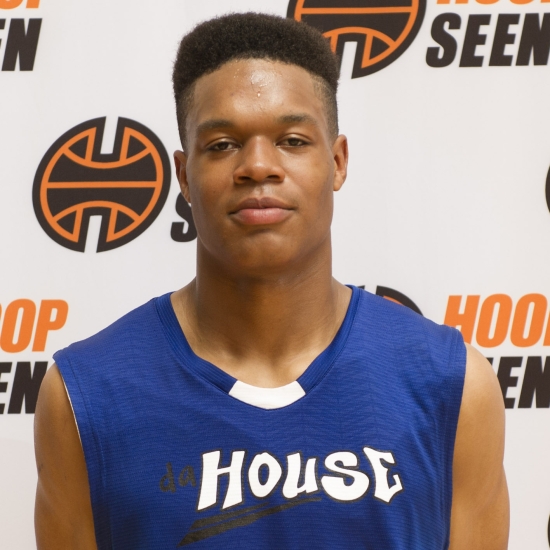 Robert Woodard, 2018 SF, Columbus (MS): His team didn’t come away with any wins, but junior forward Robert Woodard did just about anything he could do to keep his Columbus squad involved in the game. The 6-foot-6 wing has an old man’s game, as he is strong and physical when he takes the court. Woodard excels at running off screens in catch-and-shoot situations, but he kept the defenses honest with his ability to get to the rim. Mississippi State, Alabama, Iowa State, Vanderbilt, and Baylor are among the schools hot on his trail. 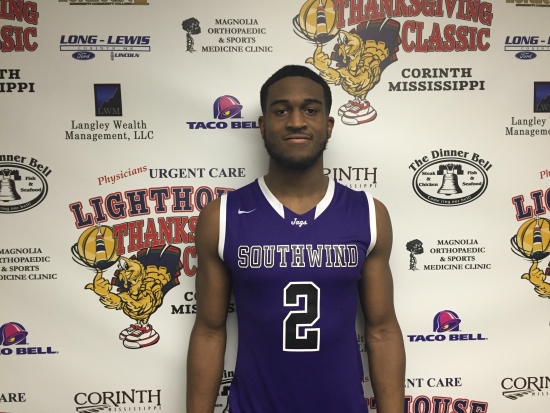 Carlos Marshall, 2017 SG, Southwind (TN): Southwind came out with a sense of urgency and excitement on Friday against Columbus, in part because of UT-Martin signee Carlos Marshall and 2018 point guard Mark Freeman. Marshall had a spectacular performance, as he played with energy throughout the course of the game. He forced turnovers on the defensive end, leading to easy baskets. On offense, Marshall showcased his range and attacking ability at the rim. The consensus in the Corinth High gymnasium on Friday afternoon was that UT-Martin stole one out of Memphis – I agree. 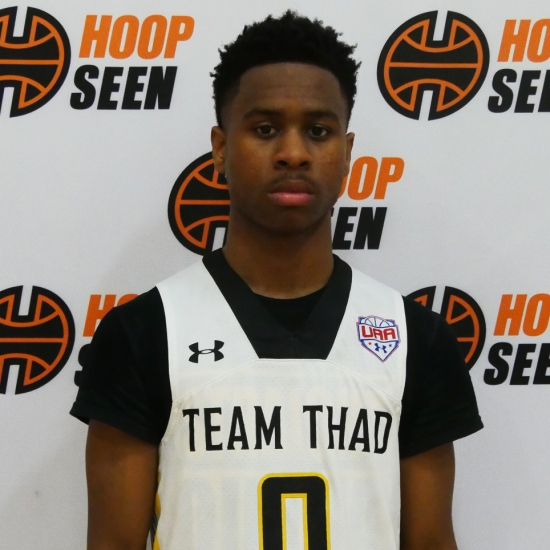 Tyler Harris, 2018 PG, Cordova (TN): Not to be out-done by his Memphis counterparts, junior point guard Tyler Harris had the performance of the event on Friday against Mae Jemison (AL). The 5-foot-8 point guard drilled nine 3’s on his way to 29 points in a win over the Jaguars. Harris was unconscious from behind the arch, making nine of his 13 attempts. He also created opportunities for his teammates with his quickness and passing ability. The defense had a hard time keep Harris in front, and, in turn, he was able to draw multiple defenders and make the correct reads. Harris may be undersized, but he’s fearless on the hardwood. 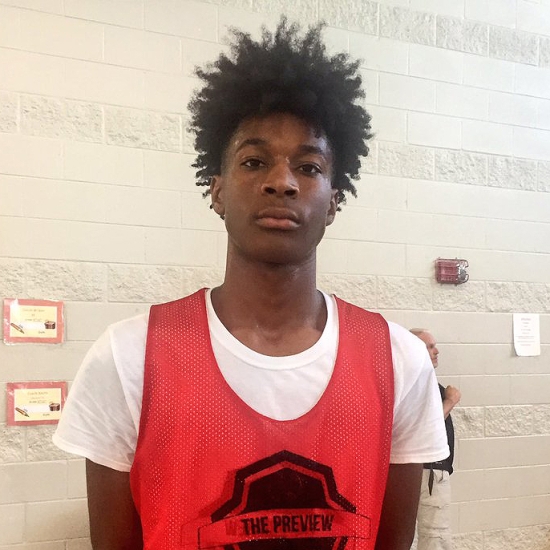 Tyler Stevenson, 2018 SF, New Hope (MS): Stevenson came to the Alabama Fall Preview in October and generated some buzz with his combination of size, skill, and shooting ability. The 6-foot-6 forward is full of intrigue with his length and upside. Friday evening, he was the x-factor for a talented New Hope team. Stevenson didn’t back down from Western Kentucky signee Mitchell Robinson. Instead, the junior got the best of the top 10 prospect, continuing his surge from the fall. 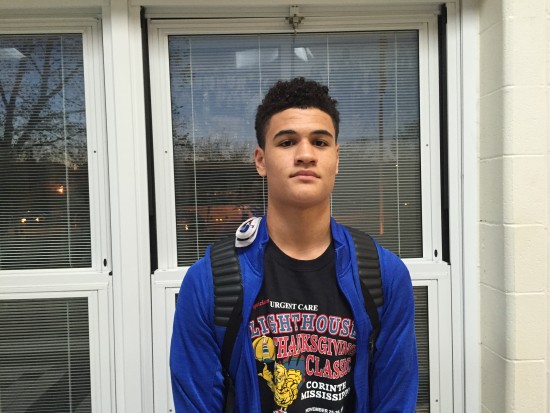 Josh Green, 2019 CG, Hillcrest Prep (AZ): Coming into the Lighthouse Classic, I had been given a tip to watch for this 6-foot-5 guard, Josh Green. In my first viewing, the talented sophomore showed flashes of being a star at the next level. With his height and strong frame, Green is extremely versatile on the floor. He has outstanding ball skills and a tremendous skill-level. With several talented pieces around him, Green showed off his high IQ, unselfishness, and passing ability. TCU extended an offer to the Australian product shortly after the event.

Ladarius Marshall, 2018 SF/PF, Forest Hill (MS): There isn’t a way to describe Marshall’s game without mentioning his elite athleticism. The 6-foot-6 forward is a freak-athlete with the ability to jump out of the gym. Marshall plays above the rim, as his teammates were able to lob the ball up to the rim in the half-court and in transition and he would make plays. His skill level is still coming along, but Marshall did knock down a couple of 12-15 foot jumpers over the course of two days. If Marshall can show some shooting ability, high-major programs will be all over him. 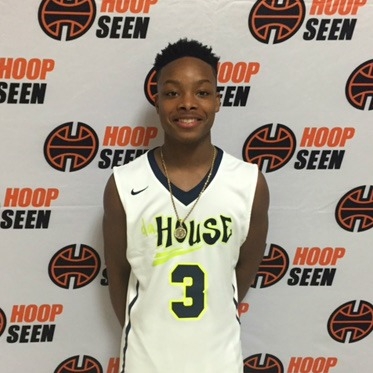 DeAnthony Tipler, 2018 PG, Ashland (MS): Pressed against a Box-and-1 defense throughout his game against Okolona, Tipler made the most of the circumstances. The quick, 5-foot-10 point guard finished with 30 points and 11 rebounds on Saturday. Despite being denied the ball, Tipler found ways to get to the basket and create plays for his teammates. He also spent a lot of time at the free-throw line, where he made 12 out of 14 attempts. Low and mid-major programs need to have Tipler on their radar as the high school season gets rolling. 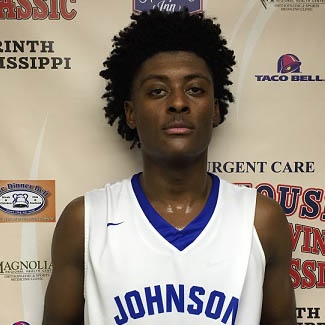 John Petty, 2017 SG, Mae Jemison (AL): Petty entered the Lighthouse Classic as the event’s record-holder for most points in a game with 40. Striving to break that record, the Alabama signee came up short Saturday evening against Pace Academy (GA). However, with 29 points, Petty’s performance this year out-played last year’s record-setting mark. The 6-foot-6 wing made plays at the rim, but he found shots in rhythm and knocked down several 3’s. Friday night, Petty struggled shooting the ball, and, instead of trying to score, he deferred to being a setup man and passing. Petty’s ability to pass the basketball has been under-valued to this point in his career. 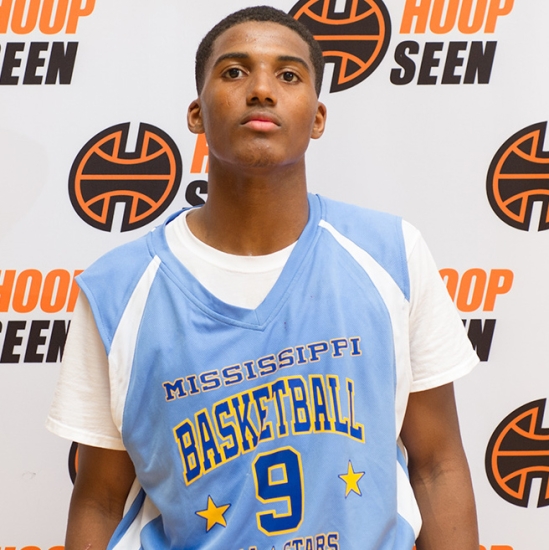 Nick Weatherspoon, 2017 PG, Velma Jackson (MS): Much like Petty, Mississippi State signee Nick Weatherspoon also struggled on Friday. However, the explosive guard made his presence known Saturday night in the finale of the event against Corinth (MS). Weatherspoon finished with 31 points on an efficient 15-18 shooting from the floor. His shooting continues to improve each time out, but Weatherspoon is an elite athlete with a knack for finishing tough shots around the rim. 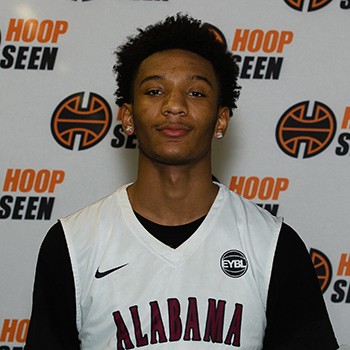 Jamal Johnson, 2017 CG, Spain Park (AL): Johnson continued his productive start to the high school season with a statement game on Friday. The Memphis signee came out hot against Velma Jackson (MS) and shot the ball very well on his way to 31 points in a narrow loss. Johnson, a valuable 6-foot-4 utility guard, also pulled down 12 rebounds. 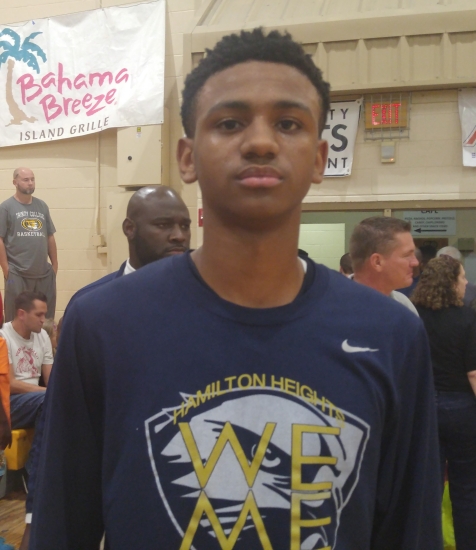 Nickeil Alexander-Walker, 2017 SG, Hamilton Heights (TN): The more I see Nickeil Alexander-Walker, the more and more I continue to believe Virginia Tech got an absolute steal. At 6-foot-5, the Hokies signee is a sniper from behind the arch. He put that on display Saturday afternoon against Hillcrest Prep, as he made four 3-point attempts to go along with 24 points, nine assists, and seven steals. Friday evening, Alexander-Walker resorted to being a passer and distributing. He has tremendous ball skills and will be a player to watch in the ACC. 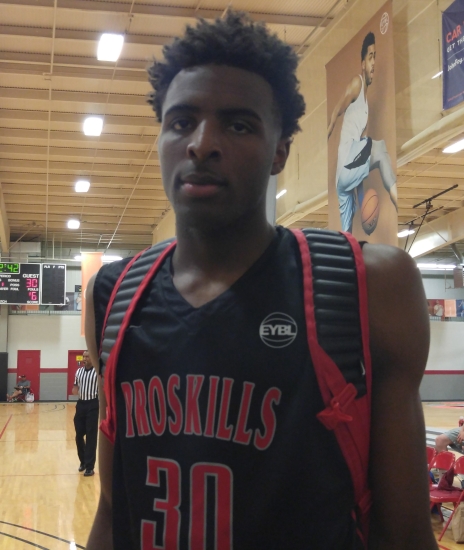 Mitchell Robinson, 2017 C, Chalmette (LA): No player that took the floor during the course of the Lighthouse Classic displayed more upside and potential than Robinson. At 6-foot-10, the Western Kentucky signee did most of his damage from behind the arch, showing everyone in attendance he can stretch the defense and make some perimeter shots. Robinson also did a good job of protecting the job with his length and size. On Friday, Robinson set a new event record for most rebounds in a game with 17. 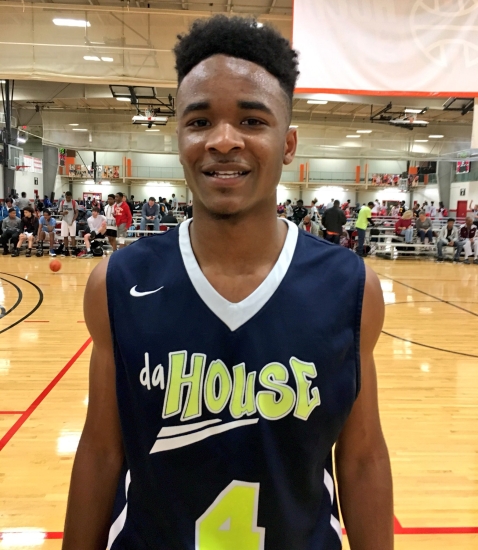 Axavious Stricklen, 2018 CG, Corinth (MS): After being a key role player on last year’s Corinth team that won a state championship, junior combo guard Tada Stricklen is now the go-to guy for the Warriors. It’s safe to say he has embraced his new role well. An athletic 6-foot combo guard, Stricklen is capable of knocking down shots, as well as getting to the rim and finishing with his athleticism. He has trouble getting his shot off at times, but, nonetheless, Stricklen produced some points for Corinth in two days. He finished with 19 point against Forest Hill (MS) on Friday, followed by a 29-point performance versus Velma Jackson (MS) on Saturday. With his athleticism and ability to defend, Stricklen is a name low and mid-major schools will want to know.