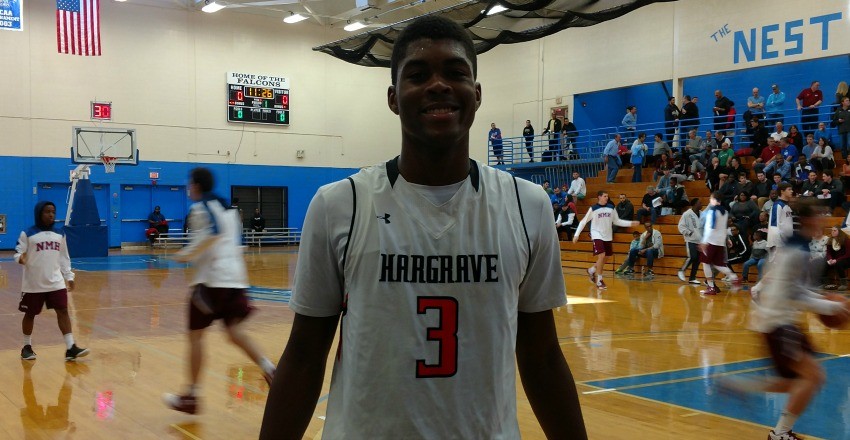 It was the kick off to the high school season as the National Prep Showcase took place in New Haven, Connecticut this past weekend. Some of the top prep school programs from all across the east coast hit the Albertus Magnus campus for a game or two where a bevy of some of the more highly touted prospects showed off while a few others added further to their improving resume. Looking back at the weekend that was, we recap the top standouts from the NPS.

The headliner of the entire event and for good reason, Hamidou Diallo was the top rated prospect suiting up at the NPS. The five-star scoring guard was watched heavily by a number of NBA scouts and even a GM as he is eligible for the draft next summer thanks to his age and having already graduated from high school. While he did settle a bit and forced the issue at times via the jumper, during both of his contests in New Haven, the New Yorker was rather superb in both of his second halves. A lethal leaper at the basket that closes ground quickly on the rebound snatch, block attempt, or in-traffic dunk or finish, Diallo has all of the physical tangibles in store to one day be a weapon for an NBA team. However, the Putnam product reemphasized the fact that he would like to attend college next fall as the likes of UConn, Syracuse, Arizona, and Kentucky stand on firm ground with the top-10 recruit. 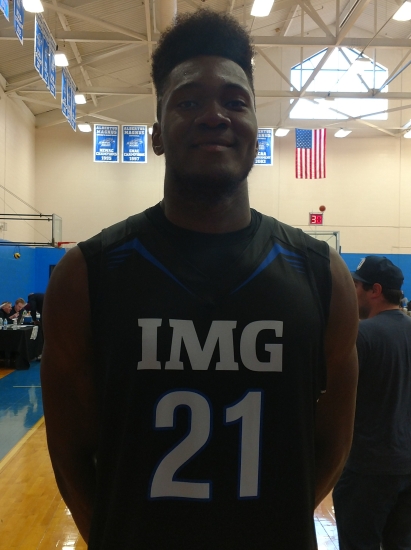 The most important explanation of Fernando’s improvement comes in the position placed next to his name above. No longer is the Angola native a clog in the lane that is most productive on the glass and on dump off finishes. The progressions that the IMG product showed was more than impressive as the 6-foot-10 big man hit on a catch and shoot perimeter jumper, put the ball on the floor from off of his right hand, and repeatedly threw the proper kick out pass out of the double-team on the block. Headed to Maryland next year, Fernando, a top-70 signee, averaged 17 points per game in his team’s duo of wins over the weekend, giving good reason for a nice bump in the next rankings update here at HoopSeen.

One of our favorite guards out of the 2017 class and someone that we are a bit higher on compared to our contemporaries within the industry, Davidson got a good, no, check that, a great one in Kellan Grady. The jumbo lead guard, standing at 6-foot-4, has grown into his body and frame and while he does have to get stronger in handling physicality better below the arc, the skillset and feel for the game out of the NMH star is second to none. Grady repeatedly made the correct play with the ball in his hands but when placed off the ball, showed off a consistent deep ball. Confidence never wavers with the top-50 recruit and after averaging 16 points, three assists, and three boards during his two-game stint in Connecticut, suffice to say, we are more than giddy on how much better Grady can and will become under Bob McKillop’s watch in the years ahead.

Marshall has been written on and talked about extensively here at HoopSeen and this past weekend, the DC native showed just why he so highly thought of. The top-35 recruit and the gem of Xavier’s top-10 recruiting class this fall, was an animal around the basket and produced with rather ease. While he didn’t seem to have a great first outing, he still finished with 18 points and eight boards, aided by knocking in over half of his field goal attempts. To finish the weekend off, the Xavier recruit did it again while chipping in with 25 points but better yet, made three of his four 3-point jumper attempts. While his outside shot needs more polishing, if Marshall is hitting the long distance J and doing his usual in the lane, there is a fair chance that the Hargrave product could outplay his ranking and see a nice career within the professional realm.

One of the best rebounders in all of the land, Santos-Silva did it again in Connecticut over the weekend. The thick boned and strong lefty center corralled a number of tough boards within traffic as he is excellent in working for positioning on the glass and uses his glue-like hands to pull in ones from out of his area. Headed to VCU next fall, the Vermont Academy product finished with a sturdy and yet again, another super-efficient stat line of 20 points and nine rebounds in his team’s close loss. While he won’t be found on many highlight mixtapes or wow you with his explosiveness, he will impress with just how productive Santos-Silva is making the future Ram another piece that Will Wade will be excited to have within his cupboard of talent on Broad Street.

It may be difficult to say that Simi Shittu is a breakout performer, seeing that he is already a coveted, top flight college recruit out of the 2018 class. However, the progressions that the Canadian guard showed within his skillset over the weekend were quite impressive. One time making a living out of the high post setting, Shittu was actually given the ball and told to run his Vermont Academy’s offense. A slender but well put together forward that can now playmake and set others up off of the drive to the basket, Shittu displayed some Paul George qualities and upside to his game. A five-star junior target, Shittu got to the line 18 times in his first contest as his stat line backed up just how good he is and can be as he finished with 23 points, 11 rebounds, five blocks in his team’s close defeat with the likes of Texas, Cincinnati, Iowa State, Louisville, and Kentucky in the gym watching.

After reclassing into the 2018 class and making the transfer into Brewster Academy this fall, Sidney Wilson seems to have hit the next level with his game. A year ago, I questioned the true identity of the New York native. What does he do well? What position is he? Where can he be long-term? While the latter question is still up in the air, Wilson did answer the former two as he was an elite producer out on the break, was super productive near the basket and on both sides of the floor, and even hit with consistency from the mid-range area. Despite his skinny frame, the Brewster product plays with an edge and upon finishing with 23 points in his final contest of the weekend, Wilson spoke on six schools coming the hardest with Texas pursuing as a 2017 class member.