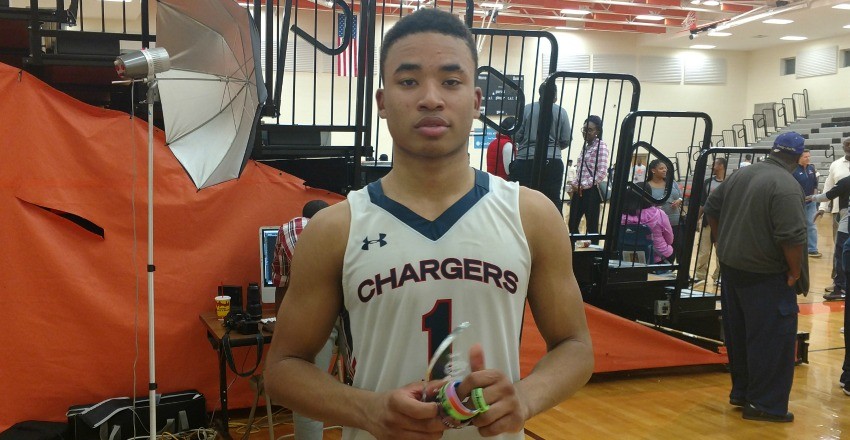 The likes of Jamal Murray, PJ Hairston and Andrew Wiggins once suited up at the Charlotte Hoops Challenge and this weekend’s event again played part to some of the stars of the future. Hosting a bevy of the top high school programs from the state of North Carolina along with a few others from throughout the east coast, there were plenty of prolific performances, those that we need to touch on further.

With his future head coach in attendance, Lavar Batts put on a show for VCU CEO Will Wade. The 6-foot-1 lead guard has one of the best first steps in all of high school basketball and he showed it all night long in capping off an excellent event at the CHC. While Batts did play out of control at bit whenever he got into the painted area, once he got into the thick of things as the game wore on, the top-75 guard provided an entertaining touch to his final stat line. Finishing with 34 points, seven rebounds, and four assists in a close defeat, what was the most impressive about what Batts did was the fact that he made five of his nine perimeter attempts. Many have knocked Batts’ ability, or lack thereof, to make shots from outside of five-feet but the fact that he knocked in eight jump shots in all makes us more than confident about his placement within our 2017 rankings and how great of a fit he can and should be on Broad Street. 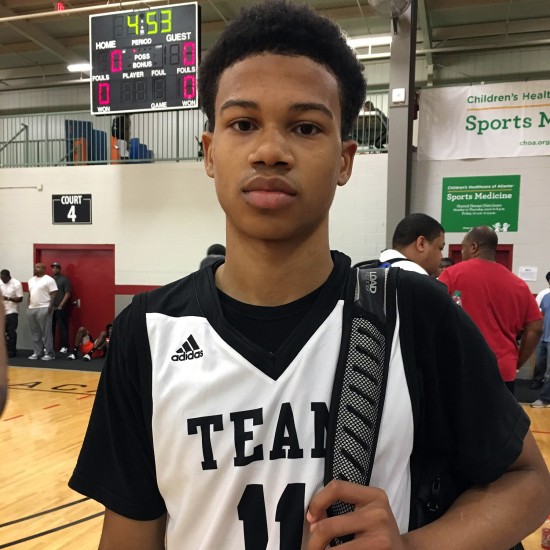 While he was suiting up for one of the teams to compete in the CHC from outside of the state of North Carolina, Rasir Bolton didn’t allow for the travel to get to him as he exploded for a total of 36 points, buckets coming in every way possible. While still a bit slight of stature, Bolton has grown to over 6-foot-1 as he used his added height to see over the opposing defense and used his feel and vision to set others up on the attack to the basket. A much better playmaker than in prior viewings, the Richmond native was still at his best putting the ball through the goal as he converted on tough-nosed finishes at the basket, mid-range pull-ups off of the elbows, and catch and shoot perimeter attempts. Add in the fact that Bolton has gotten that much more athletic and quicker and the top-100 guard showed that he has his game headed in the right direction.

While there had been some debate as to how good DJ Burns was heading into the event, the notion was quickly eradicated early on in Charlotte during his lone outing in the CHC. The 6-foot-9 center put together a star-studded performance as he dominated his area, showed off an impressive feel for the game out of the mid and high-post setting on the floor, and has become much more mean-headed on two-handed dunks in the lane. A big bodied sophomore that has shed some of the excess body weight in recent months, Burns ran the floor nicely from rim to rim but was still at his best whenever the game slowed down. He hit on impressive turnaround jumpers from 12-feet, hook shots off his right shoulder, and is a more than willing passer with his back to the basket. Chock it all up and Burns, who finished with a 21-9-5-4 stat line in his team’s win, is already on the cusp of becoming an ACC and SEC-type of priority recruit out of the 2019 class.

When his team needed him the most, Devon Dotson showed that he was more than capable in stepping his game up to the next level in leading his talented Providence Day bunch to a two-win weekend. A 6-foot floor general that has done a fine job of adding the proper strength onto his compact physique, Dotson did it every way possible on the floor at Rocky River High. His finishing skills in traffic are second to none and his toughness on the defensive end just adds further to the value of the top-60 lead guard. He shot it much better from 15-feet and out on Saturday displaying just how broad his production capabilities really are. Averaging over 17 points, seven rebounds, and four assists at the CHC, Dotson continues to solidify the fact that he is one of the best at his spot on the floor out of the junior class.

The need for a facilitating lead guard is always on the table, whether it is late in the year like it is now, or earlier on within the recruiting cycle. David Sloan once again showed just how valuable he is at the most important position on the floor as he repeatedly set his teammates up throughout his two day stint in Carolina as he played under control in the lane, understood the time and place of when to slow things down and when to speed things up, and also has added toughness at the basket on hard finishes through the bigger posts near it. While he isn’t the biggest of guys around, Sloan sure is one of the steadiest at the point guard position. He runs his team like a savvy veteran in the backcourt but also knows when to get his, of which was fully on display Saturday as he accounted for 20 points off of just seven shot attempts from the field. All in all, look for Sloan’s stock to soar this winter as he tracks as one of the better floor generals still available.

Quite possibly the biggest break out of the entire event in the Queen City, Wertz saved his final outing of the weekend as his best yet. He knocked in four first quarter three-pointers as he pushed his team out to a giant lead, a margin that his squad kept ahold of until the final buzzer. A long armed and good looking wing prospect out of the 2018 class, Wertz showed that he could score the ball from every level on the playing floor. An underrated playmaker that can create for others, the Carolina native is at his best when he is aggressive as he can score on nifty runners from the mid-range on in, catch and shoot looks from deep, and smooth finishes through traffic. Punctuating the weekend with 30 points off of 67-percent shooting from the field, Wertz’ stock is due to soar in the coming months as a capable shot-maker and multiple position defender.

One of the premier back to the basket big men in all of the land, Austin Wiley was stupendous all weekend long in the Tar Heel State. While he has been hindered in the past with injuries to both knees, the Alabama native was the most mobile and agile that we have seen from him to date. He did a tremendous job of establishing his position on the block where he then sealed his man off the entry catch and converted on either handed hook shots from seven-feet and in. While he isn’t a super explosive athlete, he does understand how to use angles appropriately near the rim as he scored with efficiency where he missed just four of his 21 shot attempts during his two game weekend in Charlotte. Altogether, Wiley, whether he suits up for the Tigers this year or not as there is some whispers circulating at the moment about a possible mid-year enrollment at Auburn, Bruce Pearl needs to be excited about having a go-to piece down low for the next few years.