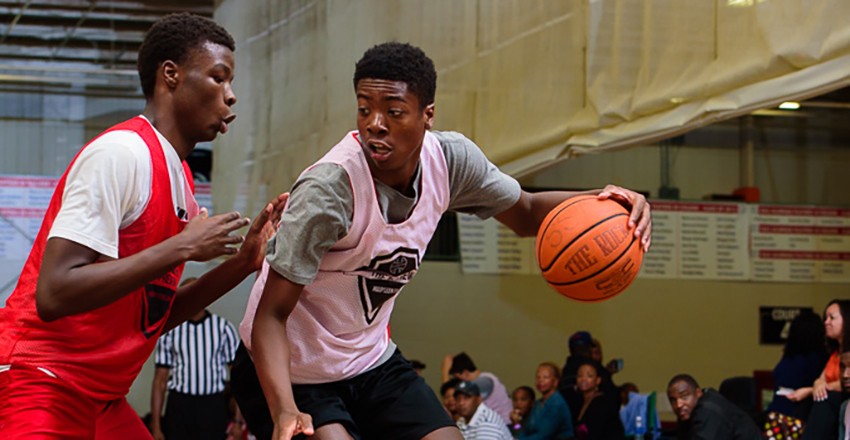 The Georgia Fall Preview was jam-packed was players on Saturday at Suwanee Sports Academy and our staff looks back on the top overall performers from the event.

Mohamed Abdulsalem, 2018, Greenforest Christian (GA): The 6-foot-8 wide-body punished all comers throughout the day. His camp coach called him the best big man in the entire camp on Saturday. Hard to argue with that. Powerfully built, Abdulsalem had little to no trouble battling on the low blocks. A high-motor man, the junior rebounded in and out of his area. He ran the floor hard and played within his game. One of the most steady posts in the Peach’s 2018 class. - Justin Young

Trey Foster, 2017, Westside Macon (GA): Foster may have been the biggest eye opener at The Preview. The Macon point guard showed that he is a two-way player, doing whatever he wanted on offense and defending with intensity and toughness. He has great basketball instincts and knows where to get the ball when it needs to get there. He also scored the ball well from all three levels, shooting the ball from he perimeter particularly well. Low and mid major schools should want to add Foster to their radar for the coming high school season. - Carter Wilson

Tae Hardy, 2017, Miller Grove (GA): Scoring, scoring and more scoring. Tae Hardy thrives in camp settings like The Preview. Hardy’s foot is always on the gas pedal, attacking the basket and scoring all over the floor. He explodes to the rim and isn’t afraid to challenge shot blockers. With the likes of Alterique Gilbert (UConn) and Aaron Augustin (Stephen F. Austin) graduated, Hardy will be asked to fill it up at DeKalb County’s premier program. - Kyle Sandy

Jalyn McCreary, 2019, Kennesaw Mountain (GA) pictured above: Did anyone come out of nowhere like Jalyn McCreary did? The long 6-foot-6 lefty is far from a finished product but boy did he impress with his motor. McCreary hit high arcing threes, crashed the boards and threw down slams, bursting onto the scene. He not only put in work on Saturday, but he dazzled on Sunday as well and didn’t back down from his biggest challenge of the day: A mano-a-mano showdown with one of the best sophomores in the nation, Terry Armstrong. McCreary did more than just hold his own; he posted 23 points and nine rebounds. - Kyle Sandy

Khavon Moore, 2018, Westside Macon (GA): The do-everything prospect from Middle Georgia made his third appearance at the Georgia Fall Preview and proved himself, once again, that he’s the top dog in the class of 2018 here in the Peach State. What else can we write about him from this setting? Moore is one of the toughest players to guard in the country and he’s developed his game to be a factor at all five positions. Moore found ways to contribute at every level. - Justin Young