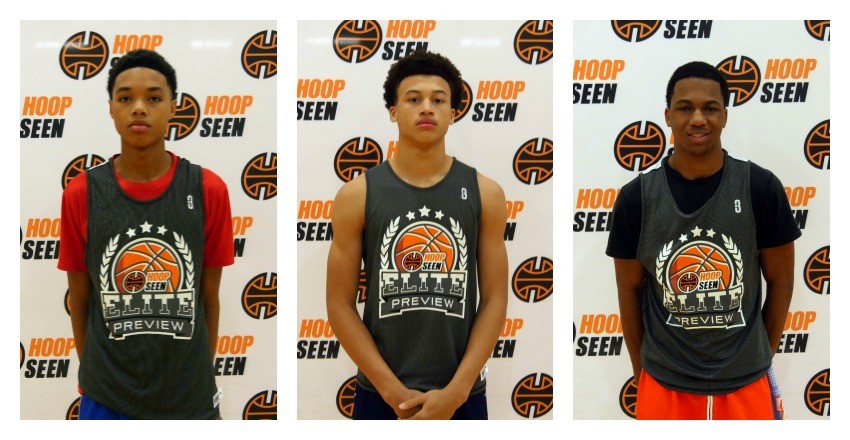 We launched the first ever Elite Preview for underclassmen only on Sunday and the camp was filled with terrific up-next talent. After polling our coaches and staff, these six players were the consensus top overall performers from the day.

Terry Armstrong, 2019, Wheeler (GA): This was the first time the state of Georgia had a chance to see the Detroit, Michigan move-in up close and personal. Armstrong did not disappoint. The powerfully built 6-foot-5 wing made a strong first impression in the drill work and never let up from tip to finish. He has all of the tools the nationally-recruited players have. He was one of the few players that had a vote as a top performer from all of our coaches and all of our staff members. - Justin Young

BJ Boston, 2020, Holy Spirit (GA): Boston is a player that's hard not to like. With his size, skills, body language, and enthusiasm for the game he's a fun player to watch. He has the versatility to play multiple positions namely the one through three. As he continues to mature he will be a player you hear a lot of in the next few years. - Carter Wilson

Ashton Hagans, 2019, Newton (GA): From the start, Hagans proved he was head-and-shoulders above everyone else in camp on Sunday. The talented point guard dominated in all facets of the game, whether it was scoring, rebounding, or assisting. Having grown to 6-foot-4, the sophomore is a challenge for opposing guards to handle with his size and athleticism and he gets downhill easily. At first, he looked to score and make plays for himself. However, as the day went on, he challenged himself to putting his teammates in easy scoring positions - and he did a great job at it, as he accounted for several assists throughout the day. - Garrett Tucker

Chase Hunter, 2019, Westlake (GA): Hunter came away very impressive on Sunday. The 6-foot-2 combo guard had a solid showing and it can be argued that he was the most eye-opening prospect from camp. Capable of playing both guard spots, Hunter sliced and diced opposing defenses with his slashing and finishing ability off the dribble. He also kept defenders on their toes with his shooting from 3, too. Hunter was very impressive on offense, but the most impressive thing about his day may have came on the defensive end of the floor. He welcomed the challenge guarding the opposing team's best perimeter player each game. Overall, it was a fantastic day for the sophomore product from Westlake. - Garrett Tucker

Dwon Odom, 2020, St. Francis (GA): Frightening. That's one of the words that comes to mind with the athleticism of the Saint Francis freshman. Odom consistently plays to his strengths and isn't timid or afraid to get to the rim and draw contact. He has all the physical tools to be develop into a memorable one for years to come. - Carter Wilson

Marcus Watson, 2019, Buford (GA): A move-in from North Carolina, Watson had his first real chance to play in front of the Georgia hoop heads. And he didn’t waste any time introducing himself to the crowd. Powerfully built, the 6-foot-6 wing abused the rims with his strong drives to the iron. He finished very well in transition and finished loudly. A solid ball-handler from wing to rim, Watson will be a handful this season for teams that match-up against Buford. He’s a no-brainer top seven player in the class of 2019 in Georgia. - Justin Young