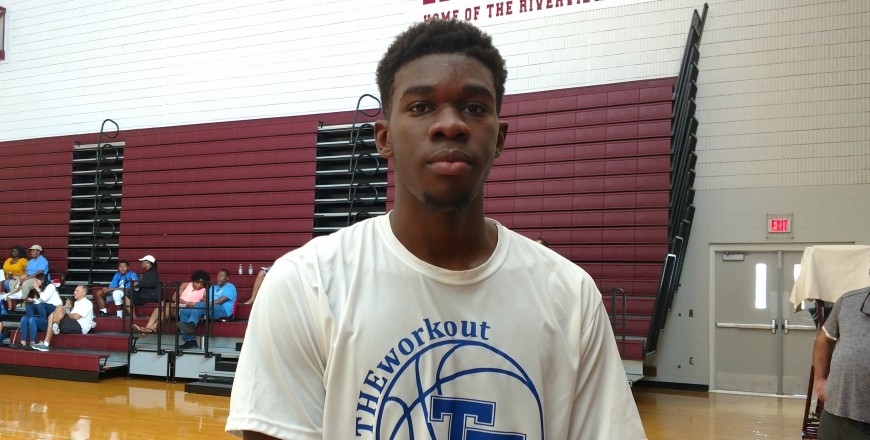 Every fall, Ed Hall and his Nike Team Florida travel program brings together some of the top rising talent from the Sunshine State for a one-day event called The Workout. Held inside the gym at Sarasota Riverview High School, past products of the event include Udoka Azubuike, Jon Isaac, and Joel Embiid. Looking back at the day spent in the gym, we give a quick rundown on some of the top upperclassmen that we spotted during out time spent in the Sunshine State.

The top standout from the day spent in the gym at The Workout, Darius Days was phenomenal each time that he hit the floor. Displaying a strong, thick body that allows for The Rock School forward to produce whenever things get a bit chippy inside, Days was more about showcasing his evolving set of ball skills and an improved face-up jumper out to the 3-point arc. He repeatedly knocked down perimeter attempts and even crossed up an opposing big man before nailing an emphatic trey bomb, bringing a few cheers from the crowds. Still, Days’ bread is buttered in the lane where he is an elite rebounder of the ball within the trees and by finding the right mix of when to play out on the perimeter and when to go to work within the interior, the prospering junior could see his game hit the next level and then some.

Running alongside Jeremiah Saunders in the backcourt and feeding his elite twin towers in the frontcourt with the likes of Vernon Carey and Balsa Koprivica for his local University School squad, Acosta is someone that could see his stock really blossom during his upperclassmen years. Albeit on the smaller side of things, the Bronx native is a tough little guard that gets wherever he wants with the basketball in his hands. When he buys into being a facilitating lead guard that would rather playmake than look for his own shot, Acosta is a productive floor general. Boasting major grades in the classroom, Yale has begun to recruit the northeast transplant, a junior point guard that can help his team out on both ends of the floor. 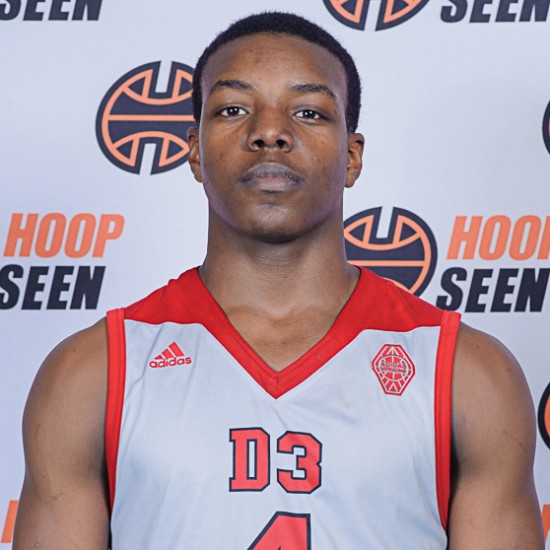 The top standout from the 2017 class on Saturday, Jonathan Bryant more than has the body already in tow to suit up on a college playing floor this winter. The hard-nosed wing is more about getting to the basket as he uses his strength and grit in straight line driving his way to the goal. Thereafter, the D3 MOAM product can score through contact with impressive explosiveness off of two feet. He is a deceptively solid passer of the ball, especially off of the perimeter, and is decent hitting jumpers from the mid-range region when left open. A slew of low and mid-major programs remain involved for Bryant, though he could see his stock improve further with a solid final year of play this winter at Oakleaf High.

Edwards has been a talked about name in recent weeks and he justified it and then some during his time spent on the floor on Saturday afternoon. While he has far from filled out into his slender physique, one has to love the toughness and instincts from the Florida native. Best on the attack to the basket, Edwards is capable of putting the ball on the floor and scoring the rock with either hand and through contact. He brings good length and lateral skills as a versatile defender and by furthering his physique and rounding out his game, expect for his trio of offers coming from Samford, FGCU, and North Florida to expand in large amounts.

It has been a year of improvement and progressions with Jeremiah Saunders. The 6-foot-3 guard is capable of playing on and off the basketball but during his time at The Workout, the impressive junior seemed best with it in his hands. Very rarely does the University School guard be pushed outside of his comfort zone as he tends to make all of the right reads and plays within the half-court setting. His feel for the game is outstanding and so is the size that he brings to the backcourt. A deceptively explosive athlete at the basket, Saunders gets to his spots with the rock and gave further insight as to how good of a sleeper candidate he is where he holds a limited amount of offers coming from the likes of Mercer, Stetson, and Troy.

We were the first on the scene with Weaver a year ago and proudly, the 6-foot-4 lead guard has not let us down. Showcasing ideal, physical tangibles at the lead guard spot, if the Cocoa native doesn’t have things work out on the hardwood, he could easily slide over onto the gridiron as a tip-top football recruit. The lefty has improved his jumper in recent months and while his shot selection needs some tinkering, the ball skills, craftiness off of his drives to the basket, control of the floor, and the aura to him makes Weaver a special prospect. Programs such as Florida, Villanova, UConn, and Louisville are just a few that have hastily pursued the top-50 guard, one that should be able to pick a school of his choosing.