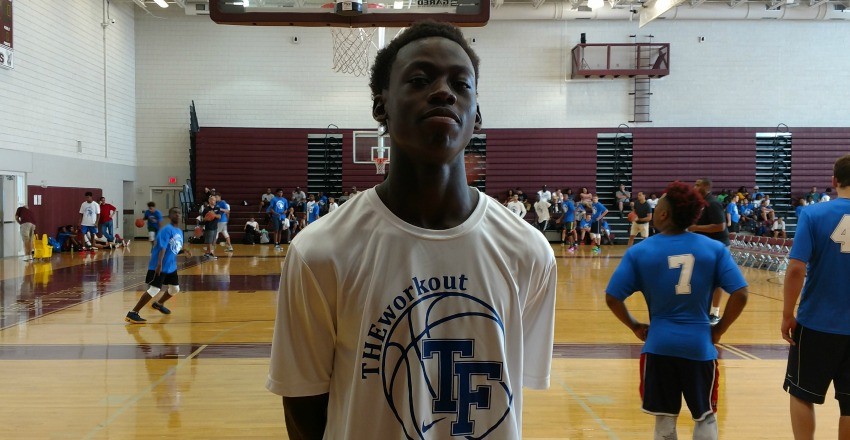 Every fall, Ed Hall and his Nike Team Florida travel program brings together some of the top rising talent from the Sunshine State for a one-day event called The Workout. Held inside the gym at Sarasota Riverview High School, past products of the event include Udoka Azubuike, Jon Isaac, and Joel Embiid. Looking back at the day spent in the gym, we give a quick rundown on some of the top underclassmen that we spotted during out time spent in the Sunshine State. 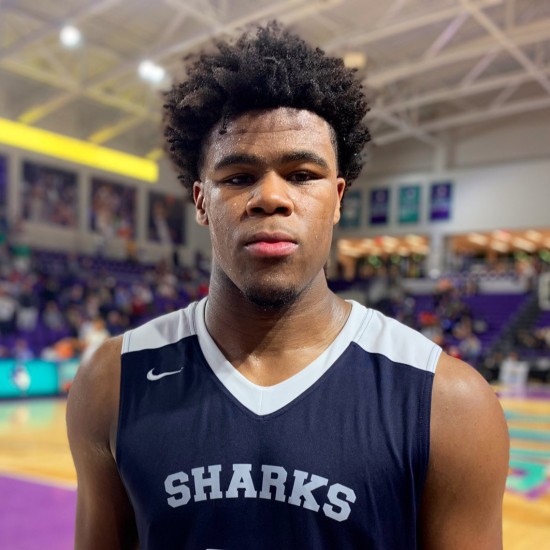 From a prospect standpoint, there just aren’t many better than Vernon Carey with what could be with the Nike Team Florida star moving ahead. The lefty is blessed with unbelievable size, length, and mobility and by tossing in the big fella’s evolving skillset, what you have with the sophomore power forward is an elite recruit. Already, schools like Miami, a program that his father once suited up at on the football gridiron, Florida, Baylor, and several others have gotten heavily involved with him. Expect for the best of the best to jump into the picture in the nearby future. Carey did it all throughout his time in Sarasota over the weekend as the lefty eradicated shots at the rim, finished through contact in the lane, and displayed a smooth, buttery stroke from beyond the arc. In all, the 6-foot-9 sophomore was tremendous as he continues to take the next step into becoming one of the best within his class.

Running alongside five-star sophomore big man Vernon Carey on the high school and travel circuits, Balsa Koprivica has continually reworked his frame over the past calendar year and because of his trimmed but strong physique and quality mobility, the Serbian native can produce in any type of affairs. He isn’t afraid to get physical down low and finish within traffic but has improved footwork and a quality jumper that allow for him to produce as the high big man out of the elbow regions on the floor. Improving by the day, it is quite difficult to find 7-foot sophomores with the agility and ball skills that Koprivica exhibits, thus giving further insight as to how good the University School product can be.

Getting a look for the very first time at Isaiah Palermo, the good sized wing showed off his entire bag of tricks on the offensive end of the floor. Capable of being moved off the ball in hitting the catch and shoot perimeter jumper, the Kissimmee native is actually best used as a playmaker. He has a good feel for the game and a fine pace for things in creating for himself and others off of the first few dribbles. A decent athlete at the time being, Northern Arizona is the lone program to jump into the picture with the budding star from out of Florida as it would seem that a bevy of others will acclimate themselves sooner rather than later with the talented 6-foot-5 sophomore.

One of the top, young standouts from the Bob Gibbons Tournament of Champions this past May, Omar Payne has grown a tad more and filled out into his physique nicely. When the looks test come into play, the 6-foot-9 power forward passes it with a breeze. However, Payne is more than just a good looking big man as he is the feet and energy in guarding the ball screen appropriately, can produce whenever the game speeds up, and uses his super soft hands to leave a giant dent on the offensive glass. Capable of knocking down the intermediate jumper, Payne looks to be one of the best from the Sunshine State and a budding top-50 type of recruit out of the 2019 class.

Quite possibly the top breakout performer at the The Workout, expect to hear much, much more about the 6-foot-4 wing from the west coast of Florida. Suiting up on his home floor at Riverside High, while Malachi Wideman has yet to play in a high school contest just yet, the upside and potential from the freshman is superb. Sporting great size and the body that should only develop further as both of his parents stand over 6-foot-3, Wideman has all of the tools to be special. Already an acclaimed athlete on the football field, expect for the budding star to grow a tad more, steady his jumper, and add his to overall skillset, making Wideman a potential high-major recruit down the road.

We all look for continued progressions out of young, college basketball prospects. Logan Alters exhibited just that in Florida over the weekend where the 6-foot guard has added over four inches to his shoe size and has steadied his jumper into knockdown status.

There was some serious buzz entering the event surrounding Scott Barnes and rightfully so. The 6-foot-7 forward has a throwback style of game and a solid feel for things off of the face-up.  A graceful athlete at the basket off of his left foot and a quality finisher in traffic, the South Florida Elite product may be the next bigtime name out of the state of Florida come 2020.

Yes, he is only in eighth grade and rarely do we ever jostle with prospects that have yet to open a book inside a high school classroom but the basketball ceiling out of Jordan Shorter is something that many college coaches will soon be excited about. Already displaying great size and a solid motor as a 6-foot-4 wing, Shorter has the chance to be a highly talked about prospect from the Sunshine State.