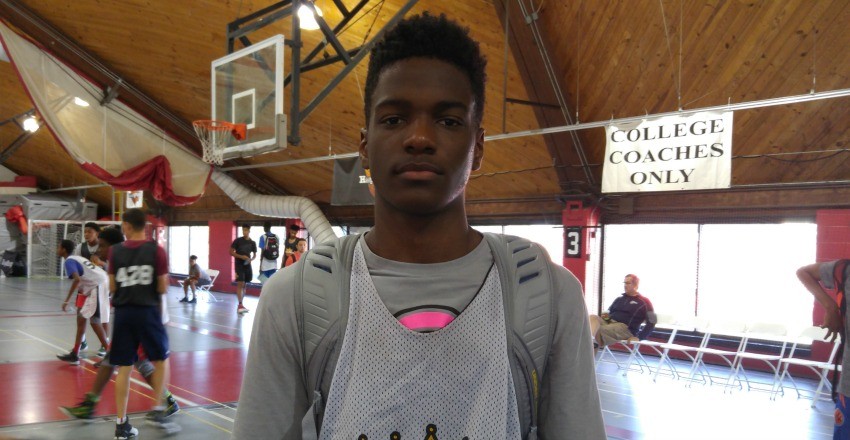 Ending the summer in style, we had a front row look at some of the very best prospects from the 2019 and 2020 classes from off of the east coast. The Hoop Group Future All-American Camp is always a must stop along the way as elite camp directors Austin Kelley and Sha Brown brought in some of the top commodities from the younger ranks along with some of the more intriguing, not-well-known names just yet, to Albright College for a four day camp affair. Looking back, we give a quick backdrop as to what we saw and during our time spent in Reading, Pennsylvania.

BEST ATHLETE: Scottie Lewis gets the call here as the 6-foot-5 wing has the perfect body and athleticism that would allow for him to be an entrant into the Olympics within a track and field event. The 2019 wing is one of the most graceful athletes in the high school ranks where he showed off mind-boggling bounce at the basket and unbelievable attempts in the dunk contest on Saturday evening. One of the very best prospects in the 2019 class, Lewis has developed his outside jumper, a shot that he displayed throughout his time in Reading, but it his length and athleticism that makes him such a star-studded recruit where he impacts the game on both ends of the floor; his quality motor only adds to just how great the Team Rio star is and can be.

BEST PROSPECT: There was a bevy of top tier recruits in the 2019 class suiting up on the floor at Albright College but no one has better upside than Bryan Antoine. The 6-foot-4 off guard has tremendous ball skills in tow already but the upside is even better for the Jersey native. He can score the ball at all three levels on the floor, is graced with excellent athleticism as he makes for excellent finishes and leaves a dent on the weakside glass, and has become a better play maker and facilitator when the ball is placed into his hands. The next step is playing with urgency each possession but the budding potential out of Antoine is as good as it gets. 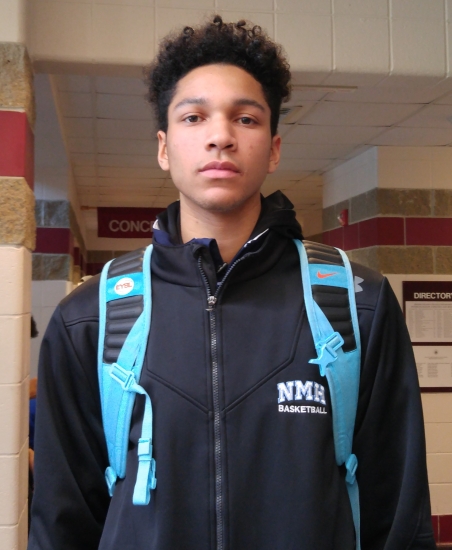 BEST REBOUNDER: There were a lot of quality big men in town but no one went to the glass more than Max Lorca. The 2019 big man out of the PSA Cardinals program has unbelievable hands and quick leaping skills as he corralled everything that was within his area down. While he has put on 15 pounds in recent months, filling out further could definitely out the intriguing center as he struggled at times with physicality but when it came to rebounding the basketball, no one did it better than Max Lorca.

MOST IMPROVED: It is pretty amazing just how far Qudus Wahab has come since last year. The mobile big man that plays alongside top-100 senior big man Ejike Obinna at Virginia Academy, showed much improved skills around the basket as he hit on counters in the post and displayed better hands on the glass and off of the entry catch. While he still needs more time to develop more, Wahab has just scratched the surface as to where he can be. He has some shades of former Mississippi State star big man Jarvis Varnado as a rim protector, energy giver, and drop off finisher where the 2019 center has the makings of a top tier recruit on the east coast.

MOST STURDY: As the months have passed, Anthony Harris has been in the gym, putting in work with his game and body. Having grown over two inches within the past year or so and adding quality muscle mass onto his frame, the Team Takeover product brought each time that he hit the hardwood in Reading. While he isn’t an explosive athlete, the steady lead guard made all of the right plays with the basketball and was able to show off an already polished intermediate scoring game where he converted on nifty runners and floaters in the lane. Harris is a promising guard out of the DMV come 2019 and he only solidified this statement further during his time in eastern Pennsylvania.

BEST PASSER: This one is a tough one and I may have to go two separate routes as former Gill St. Bernard guard Jake Betlow, a super steady floor general headed to Montverde in the coming weeks, along with now a sophomore guard at the school, Paul Mulcahy, take the title of best passer. Each see the game a second or two ahead of everyone else on the floor and while they also both have some sizzle to their games, there is a lot of production to them as well. Playing alongside each of the two makes life so much easier in scoring the basketball and with more time spent on furthering their game and proving the doubters wrong, expect to hear much more about the duo out of New Jersey.

BEST PLAY MAKER: Yeah, you could throw Betlow and Mulcahy into this category just as well but let’s go a different avenue with Bryce Wills. The 6-foot-5 guard can already be described as a point guard and there really aren’t many holes within his game at this point in time. He has good athleticism at the basket, has massive range on his catch and shoot jumper, and has an excellent feel and passing skills to his package of abilities that makes him impossible to stop within a camp type of setting. Sporting great upside and ideal size for his position on the floor, the basketball ceiling out of Bryce Wills is staggering as he picked up an offer from Maryland on Monday as many more are due to come in for the top-30 recruit within the 2019 class.

BEST MOTOR: It was impressive seeing so many guys go so hard all week long especially after the fact that the summer has been just so long and arduous for many of those in attendance. However, it was Precious Achiuwa, a perceived top-25 recruit in the 2019 class, that raced up and down the floor like there was no tomorrow, went to the glass with a purpose, and finished at the rim with a vengeance that earned him the title of the best motor in attendance. The New Heights product has also rapidly developed his ball skills and is capable of taking his defender off the bounce. There is tons of star power in the New Yorker, a guy that is perfectly built as a small ball power forward in today’s basketball era.

BEST HANDLES: Pretty crazy that we’re about to put a kid that has yet to even think about what classes that he will take his freshman year of high school. Zion Harmon, a native of the DMV region, but now ready to suit up for Bowling Green High School in Kentucky this fall, has already played a year of high school ball and will do so again as an eighth grader. Harmon held no prisoners on the Nike EYBL circuit playing five years up and he did it again in Reading where he nailed outside jumpers and finished through contact at the basket. However, it was his streetball like handles and impressive breakdown moves that make Harmon an early commodity within the 2021 class.