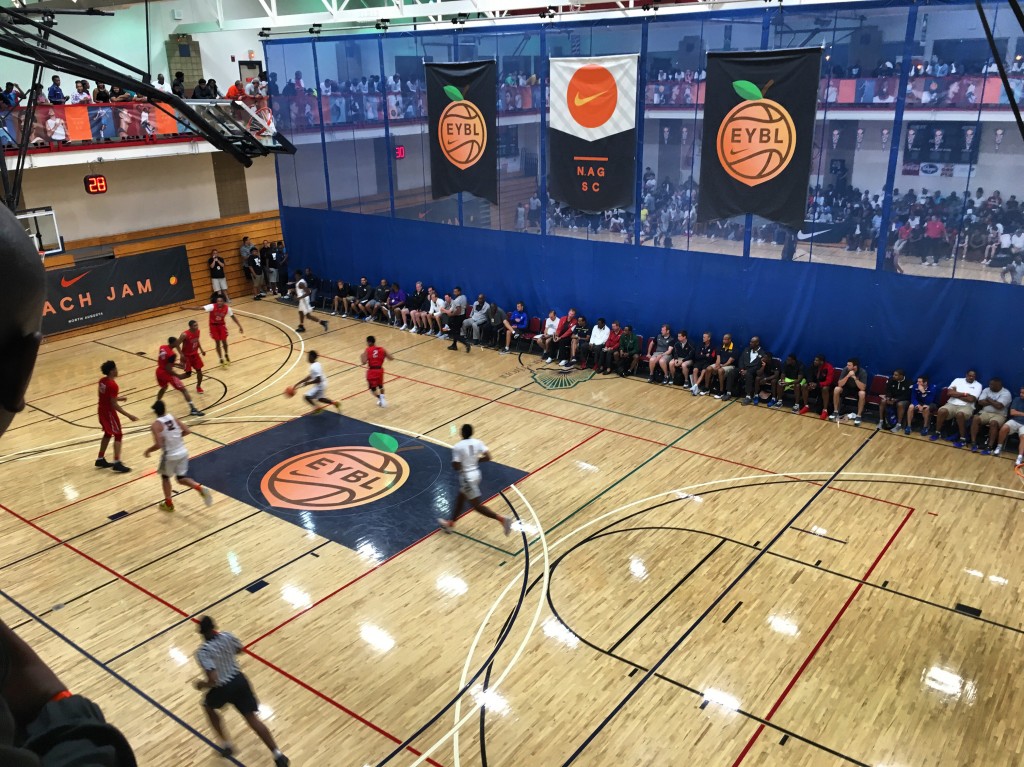 The Nike Peach Jam is in the books and the superlatives are being handed out all over the internet on the Monday after the loaded Nike event. We wanted to dig a little deeper and look at the event's stage owners. These four guys took advantage of the opportunity that the NCAA Live Period is all about.

That ‘F’ label next to Hasahn French, it doesn’t just stand for his position on the floor, but also in how fantastic the New Yorker played all week long in Augusta. Sometimes picked apart due to the dreaded tweener label, French gut-punched all of his doubters in South Carolina where he made for fabulous plays from in and out of his area on the glass, showed the toughness and strength in defending all three spots in the backcourt, and was his explosive self at the basket. A catalyst for his squad down the stretch of its comeback win on Saturday evening in the semifinals of the Nike Peach Jam, expect for a litany of the better programs on the eastern seaboard to toss their hat into the mix for one of the biggest winners and competitors that the class of 2017 has to offer in the frontcourt. - Corey Evans

Was there a finer stock booster at the Nike Peach Jam than Alex Lomax. Despite having another year of travel ball to go as the rising junior is playing a year up, he showed no signs of his age where he ran his team like savvy vet, defended the living you know what out of the basketball, and displayed a polished mid-range pull-up jumper that he used whenever the time permitted. Sure, Lomax did get sped up a bit during his team’s ouster at the Peach Jam semifinals, but it was his steady approach, quality motor, and two way production that enabled for the Penny star to see his limited recruitment explode as he pulled in offers from programs such as Florida, Memphis, Ole Miss, Seton Hall, LSU, UMass and Temple. - Corey Evans

What a weekend for the 5-foot-10, 160-pound point guard from Philly. His fine city has produced some tough customers at his position over the years and Russell has clearly taken notes. Russell put on a show in North Augusta, scoring 21.4 points a game and was consistent throughout the event. He earned the respect of the college coaches that were on hand. Russell is a no-brainer priority recruit for schools in the Atlantic 10 and the like. In a point guard class that doesn’t have a high ceiling, we’d argue that Russell is worth some time watching this second live period and beyond. He’s battle-tested and shined on the summer’s biggest stage. Russell said he’s heard from Rhode Island, LaSalle, Temple, Grand Caynon, Seton Hall and SMU. — Justin Young

Shooter alert! The 6-foot-2 guard was one of the best shooters at the Peach Jam, hitting 13 of 27 shots from deep. He shot it better from deep than he did from two-point land. The Puerto Rico native made sure people know who he was with his stroke from deep. He’s quick, confident and effective. Finding shooters in the South’s 2017 class isn’t as easy as it used to be. Walker put people on notice in North Augusta. Walker will be at the Best of the South this weekend with Nike South Beach. - Justin Young