Las Vegas day one: Wabissa Bede puts on a show 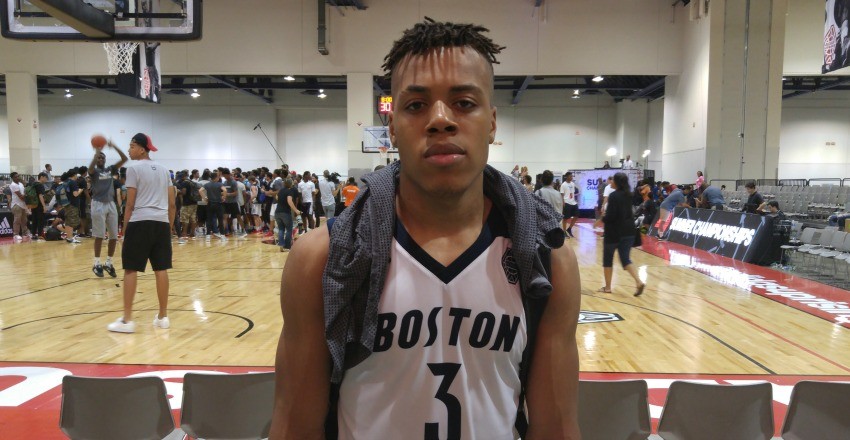 Las Vegas day one: Wabissa Bede puts on a show

The third and final evaluation period kicked off on Wednesday evening and as always, the place to be was the city of Las Vegas. With over a handful of quality events taking place, there is never a shortage of top shelf games on tap throughout the course of any given day. To kick things off, we settled in at the Cashman Center getting a look at the adidas Summer Championship where it was a rising senior celebrating his eighteenth birthday that put on quite the show.

Durant and Westbrook. Shaq and Kobe. Jordan and Pippen. What makes each duo such a killer tandem is that both ballplayers can absolutely get it done. However, for one reason or not, we fail to fully respect the latter in each regard as the more dominant ballplayers take up all of the attention.

A 6-foot-2 guard built like a rock and with an alpha-dog mentality on the playing floor, Wabissa Bede was dominant all game long to kick off his final week of travel ball play. Suiting up for the Mass Rivals and Cushing Academy crews alongside top-50 guard Makai Ashton-Langford, Bede may not receive the proper dues and get the ball as much in facilitating at times but it was all in place to kick things off in Vegas.

Bede got to the basket with a vengeance using his chiseled physique in absorbing contact and scoring through it. However, it was the Cushing Academy product’s jumper that was falling as the majority of the shots that he took and hit were off of his own creation. He nailed stepback jumpers from 15-feet, turnaround Js from the high post area, to go along with catch and shoot looks from deep. His premier on-ball defensive pressure wasn’t much of an issue either as Bede heated the rock up and took things the other way for easy run outs.

Once the night was over with, the rising senior finished with 26 points off of 10-of-17 shooting from the field to go along with five rebounds, three assists, and three steals. Efficient as can be, a plethora of ACC and Big East schools kept a closetful eye on the birthday boy. “My newest offers are from Minnesota and Dayton,” Bede said. “I also have ones from La Salle, UMass, VCU, Temple, Providence, URI, and Boston College.” To end the night, Virginia Tech and Nebraska both jumped on board with offers of their own to the two-way producer.

Having visited such places as VCU, Minnesota, Villanova, La Salle, UMass, URI, BC, and Providence in recent months, Bede did note a few schools that he speaks with the most. “I probably hear the most from Butler, Minnesota, UMass, Dayton, and VCU,” the combo guard stated. While the attention for Bede is coming from all places, he does have a plan in mind for a future commitment. “I am going to sit down with Vin (Pastore) and my mom around mid-August and I make take a visit in August and a few in September. I am going to try and make a commitment and sign during the early signing period.”

Hopefully making a commitment in the coming months and putting pen to paper in November, the candles were lit and wishes were made and from the looks of it, the hoop gods were on the side for the quickly rising guard that is Wabissa Bede. 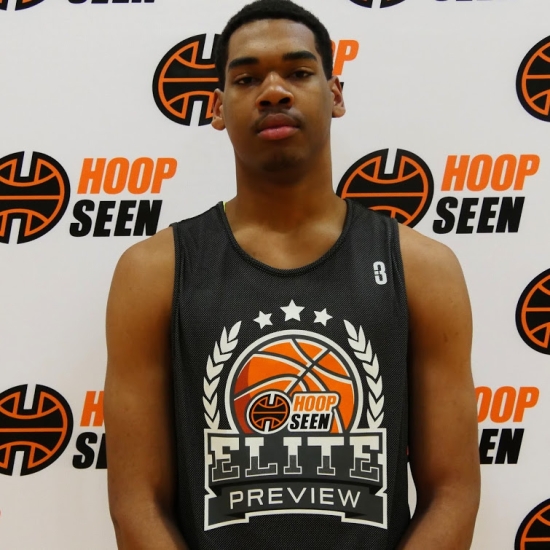 Facing against the lethal lead guard that is Nick Weatherspoon, it is never an easy matchup in getting in front of the Mississippi native, even as a secondary line defender. Garrison Brooks made the difficult look easy on Wednesday evening as the 6-foot-9 big man showed off a more svelte physique and a quicker body in maneuvering all throughout the floor as he came up big in his team’s win on Wednesday.

Switching shoe programs back in the spring, it seems like it may have been a good move for the Alabama native. The Team Carroll big man has always been a guy that has competed with no ego and it was definitely on display in Las Vegas as he got on the floor for the loose ball, did the miscellaneous, and when needed, looked to score it himself.

Sporting quality leadership qualities, Brooks has become much more vocal and production has followed. He has improved the range on his jumper where he nailed a contested catch and shoot attempt from right outside of the foul line region during the second half of his outing and was great around the basket in finishing in traffic. Bringing good hands to the glass, Brooks rebounded his area but it was his scoring prowess that impressed the most in throwing up 18 points on the scoreboard off of just 11 shot attempts.

On the recruiting front, things have really picked up where a few programs are attempting to separate themselves from the pack with the Auburn High star. “I talk a lot to Providence, Arizona State, Mississippi State, Pitt, Georgia, DePaul, and Georgia Tech,” Brooks said.

It is one program outside of his geographical niche that has made great strides with the big man in recent months. “I like them a lot,” Brooks said in referencing Arizona State as head coach Bobby Hurley had watched his earlier performance in the evening. “They’re in the Pac 12. Coach Hurley has to know a lot. He went to Duke and played for Coach K. He definitely got something from him.”

Planning to head to ASU for its elite camp in August along with a potential visit to Pitt next month, Brooks noted that he was hoping to take official visits to Georgia and August in the upcoming weeks. It does seem that a plan is in place for the 6-foot-9 big man. “I have been planning on cutting my list in September and then signing in November,” Brooks told HoopSeen.

After being watched by head coaches from Auburn, Mississippi State, DePaul, Providence, and Arizona State, it seems that Brooks has the pick of the litter from either side of the nation and rightfully so.

To kick the night off, it was a fantastic matchup between Team Loaded VA and D1 Minnesota that had us excited the most. The frontcourt tandems were more than good enough but it was Jericho Sims that stood out with his quick leaping skills around the basket, ever-moving nature up and down the floor, and deceptive toughness within the bigger bodies in the lane.

Playing alongside such others as Goanar Mar, Matthew Hurt, and Nathan Reuvers, the 6-foot-8 power forward hasn’t always received the most ample attention. Sure, the Minnesota native has been inconsistent at times with his production but it was his activity levels possession by possession that aided in his team’s win on Wednesday night.

While he has yet to fully fill out, Sims has put on quality weight in recent months and he used this nicely in holding his ground in the trenches against guys much bigger than him and also in handling the bump appropriately prior to going up for the hook shot over his right shoulder. He does need to better his face-up game but it is the lefty’s instincts and giant nose for the ball that allowed for the intriguing senior to produce around the basket.

Those throughout the Midwest and central portions of the United States have taken notice of the high upside big man in recent weeks. “I have new offers from Oregon and St. Mary’s,” Sims said. “I also have ones from Minnesota, Iowa State, Kansas State, Texas, Nebraska, and Ohio State.”

Planning on cutting things down prior to the beginning of his high school year which could lead to an early signing in November, expect for Sims to continue to bring high energy levels to the paint and the length and quickness in guarding ball screens and smaller opponents out on the perimeter as schools chase after the D1 Minnesota product.

In watching Zion Williamson, sometimes you fail to respect the consistency of the forward’s game. Having his game built on strength and physicality, Williamson is more than just a power guy as he uses great face-up skills and deceptive handles on the quick breakdown en route to the basket. Finishing with 22 points and 10 rebounds in his team’s blowout win, there just aren’t many more sure fire producers in high school basketball than the elite, five-star forward out of the Game Elite program.

While some are becoming critical of whether Nick Weatherspoon can be a true lead guard or not, one thing that is difficult to doubt is just how explosive the MBA Hoops guard really is. He concocts a lethal first step along with a college ready body in absorbing the blow as he finishes with authority and through contact at the lid. Another 20-plus scoring performance was on tap in Vegas for the always improving guard from Mississippi.

Wisconsin was on hand for its 2017 big man commit in Nathan Reuvers as the 6-foot-8 forward didn’t let the Big 10 staff down with his play. While he can play a bit too often on the perimeter, look for the D1 Minnesota product to be a fine matchup issue for Greg Gard and company as he can step out and stretch the floor with the pick and pop jumper, has soft hands around the basket on hooks over his left shoulder, and has a decent motor and mobility where he traverses up and down the court without much of an issue.