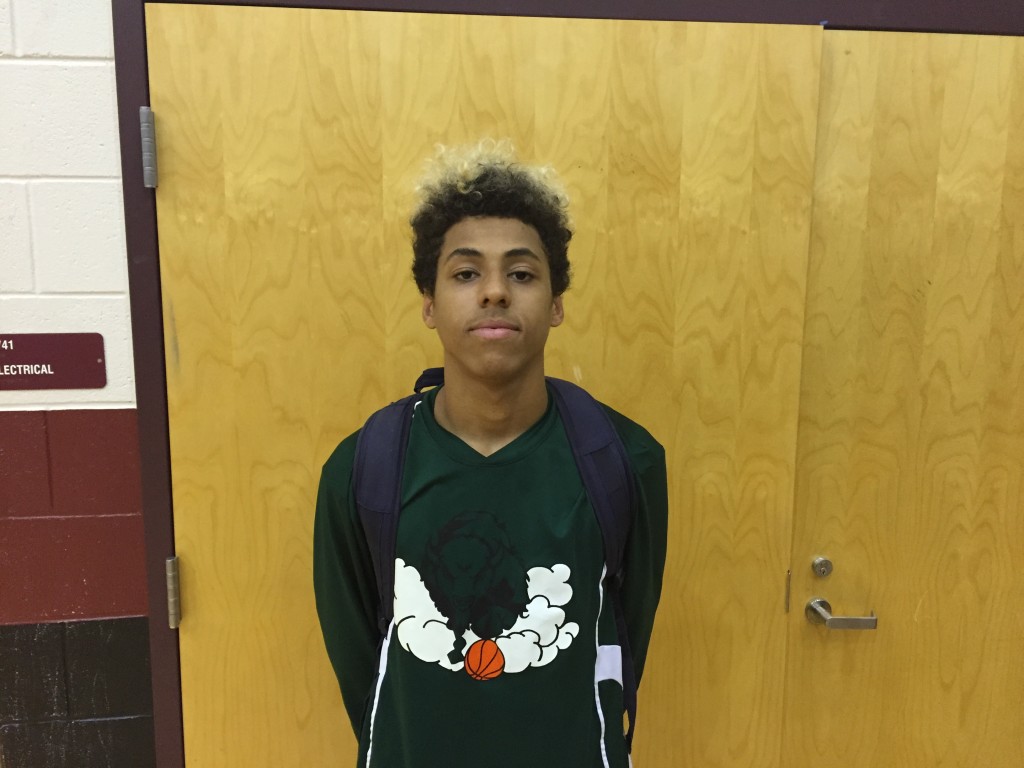 It was David vs. Goliath as Team Carroll met Mississippi Express in a rematch of Thursday’s 63-45 win in favor of Team Carroll. The Alabama-based group had the enormous size advantage but the Express’ 12 threes kept them in the game until Team Carroll dropped the hammer on Saturday, running away with a 65-50 victory. Mason Cooper, a 6-foot-5 versatile forward that played atop Team Carroll’s 1-2-2 defense, scored a team-high 14 points and added nine rebounds and three assists.

Team Carroll’s willingness to make the extra pass led to easy hoops. 6-foot-5 Keonte White did his usual damage in the paint with eight points, eight rebounds and two blocks, but most impressive was his post passing, able to step away from pressure and deliver cross-court bullets to open shooters which netted him two assists.

Trey Bonham was excellent at the point with 13 points and three assists. Willie Screws brought his usual lunch pail and hard hat to work, gobbling up 14 rebounds to go with his 10 points. Screws’ quick feet and lateral mobility when defending the perimeter was telling sign of his constant progress. Mississippi Express was powered by Kyler Yarbrough’s 17 points and seven rebounds. He drained five long three-pointers in the distance assault.

TNBC and D3 MOAM Elite Red kicked off the 15U action at Lambert on Saturday morning. D3 erased a 1-point halftime deficit and behind sparkplug point guard Nathaniel Walker and center Robert McRae, came away with a 49-40 victory. Walker changed the complexion of the game once he entered off the bench. He contributed nine points, four assists and four steals. Inside, McRae posed problems with his size. The 6-foot-5 post collected a game-high 13 points to go along with his seven rebounds, two assists and two blocks. TNBC was led by Chris Opris. From Romanian descent, the Collins Hill (Ga.) guard netted 13 points and played under control when facing defensive pressure.

Cam Armstrong and Brady Spence keyed Team Forrest’s 59-47 win over the MC Warriors after the two combined for 21 points in the second half. Both set to enter their sophomore seasons at Alexander High School in Douglasville, Ga., the duo came alive after a quiet first 16 minutes. Armstrong finished with 14 points, attacking the basket with an aggressive first step. Spence, 6-foot-6, added 13 points and nine boards. Ridge Turner chipped in 13 points off the bench along with three steals.

The Atlanta Lightning overwhelmed Atlanta Select Black East, 50-18. Sayvon Traylor caught Select off balance with his feathery touch from the outside. At 6-foot-4 with a powerful frame, Traylor initially looks set to do most of his damage on the block, but Traylor is in fact skilled with the ball on perimeter and has a nice mid-range shot. He finished with 11 points and five rebounds. Point guard AJ Bey and forward Jamari Dean were effective as well scoring 12 and 11 points respectively.

PSB Select rallied to beat Thundering Herd Buffalo 50-48 after trailing the majority of the game. PSB standout Hunter Tyson was kept in check from beyond the arc, but the 6-foot-7 forward hit a key deep ball with 6:10 remaining to bring Select even at 38 for the first time in the second half. Though his outside shot wasn’t falling, Tyson still produced by going to the basket and sinking all nine of his attempts. Tyson finished with 15 points, six rebounds and two blocks.

Thundering Herd’s backcourt of Darion Wilson (pictured) and Jonell Danforth was dynamic before the group ran out of steam. Wilson, who averages 25.5 points per game at Wildwood High (FL), was the alpha male on the floor. At 6-foot, Wilson played bigger than his body posting 16 points, nine rebounds, two assists, two steals and two blocks. More impressive than his play was his overall leadership and toughness. Wilson could be heard throughout the game instructing and encouraging his teammates when he wasn’t busy fearlessly attacking the rim and finishing through contact. Danforth dropped a game-high 20 points with 15 coming in the second half to round out the potent backcourt. PSB’s Madison Monroe won the game with a tough layup with five seconds to play. He ended the day with six points, five rebounds and four steals.