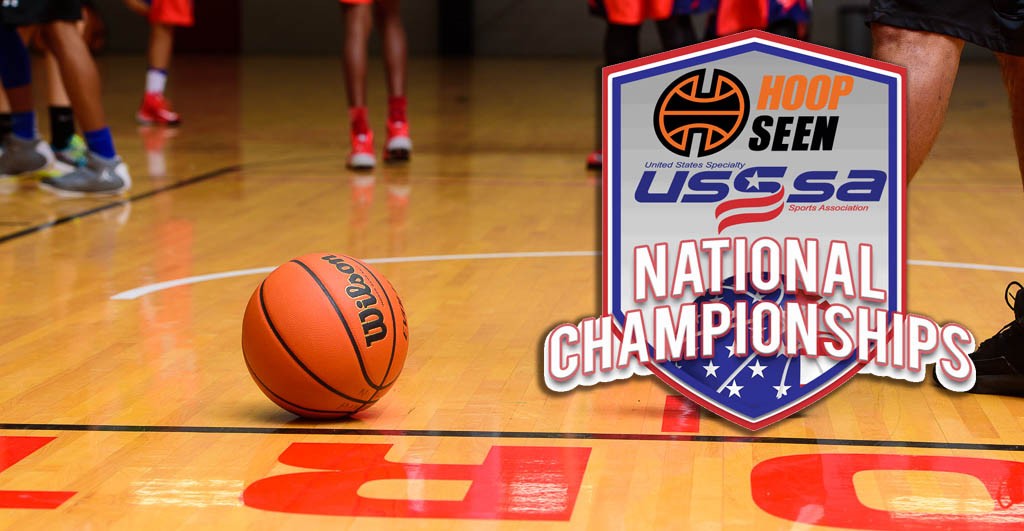 The Division I Championship in the 11U division of the USSSA National Tournament pitted two Florida teams against each other, the Wellington Wolves and Miami Monstars.

Both teams came out of the gates quickly, scoring points in bunches and going back and forth, not letting the other separate themselves. However, midway through the first half, Wellington buckled down and started to get stops, which allowed them to pull ahead. They lead 27-13 at the half, and they never looked back. Their lead stayed consistent through the second half, and Wellington won by a final of 50-41.

Marvel Allen lead Wellington with 12 points with Justin Sitomer adding 8. In the loss for the Miami Monstars, Terri Glasgow had 10 points.

Dacula Elite was able to hold off a comeback attempt by Garner Road to secure the HoopSeen USSSA Nationals 11U Division II title Sunday afternoon by a score of 47-41.

Dacula Elite jumped out to a manageable lead to begin the game, but guard Will Otto and company were able to cut down the early deficit and be in striking distance throughout the game. In the end, some big shots from Jackson Sousa down the stretch helped secure Dacula’s championship win.

Dream Chasers Academy controlled the 10U championship from wire to wire. DCA came away with 12 steals and held Indy All Stars’ Ray Harper in check with eight points. Kohen Rowbatham set the tone with his activity early in the game. Rowbatham pounded the glass and gave the Indy All Stars no second chance looks. He finished with 17 points, seven rebounds and two steals.

Big man Peyton Marshall battled with Indy All Stars center Emanuel Bryant. Marshall collected 10 points, four rebounds and two blocks while Bryant ate up the glass with 19 rebounds to go with his six points. Jonathan Echols provided a nice spark with five points off the bench. Tyrek Wood and Josiah Lawson both contributed five points in the win.

Down by seven at the halftime break, the Treasure Coast Titans changed some things and rallied back to take home the 44-41 win to claim the 10U Division II National Championship over the Atlanta Nets.

Nick Chang scored a team high 13 points and was big from the foul line in the second half. He had help from Batavian McKeithan, who scored the go-ahead bucket let in the second half. Damon Folds added seven in the win and was scrappy on the defensive end of the floor.

Everything about the 9 and under title match-up felt like a National Championship. The intensity was high. Every possession mattered. Back and forth they went. In the end, CBF Florida brought home the trophy in a well-earned win over Team Mamba.

This was a classic.

The lead never rose above six points for either team and CBF Florida always seemed to have just enough insurance on the board to hold off any Team Mamba run.

Of course it had to go to overtime. Team Mamba made the first bucket and never looked back. Intense defense and clutch foul shooting secured the win 52-49 in overtime.

Team Mamba was led by Landon Joseph, who finished with 21 points in the win. He was clutch down the stretch. Xani Scott added 12 while Dia Bell capped off his strong week with 11.

The title game was one of the best games of the entire tournament across all age groups.