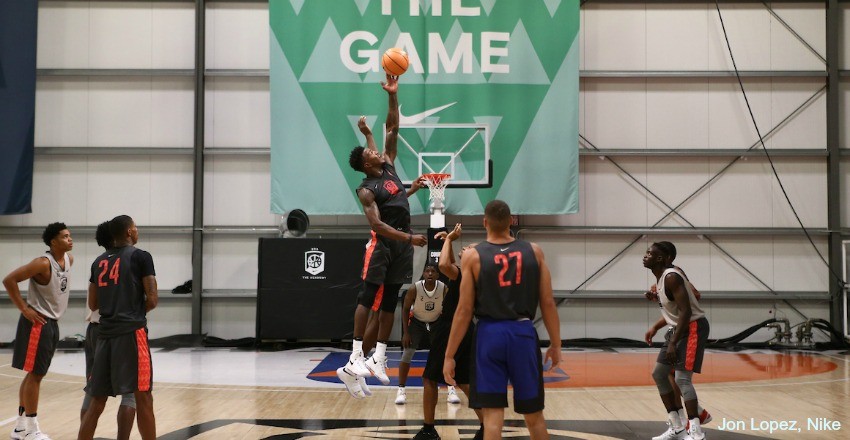 It was a quick three days in Los Angeles at the Jet Center as the Nike Skills Academy brought in some of the top college stars for the upcoming years and the elite of the elite from the Nike circuit from within the high school ranks. NBA scouts were in attendance evaluating the upcoming talent and while some were hampered with injuries, those that took the floor displayed upside, ball skills, and the potential to one day shake hands with Adam Silver. We take a look back at the 10 things we learned along the way during our time in LA.

It is unbelievable just how far Collin Sexton has come in recent months and in the past year as a whole. We addressed his recent ascension in an article earlier today where the Pebblebrook High star was again, one of the top standouts from the high school group in attendance. Yes, he made shots and scored at the basket, yet it was his willingness to defend the basketball and play make that really impressed as Sexton has locked up five-star status and is as close as you’re going to get to a McDonald’s All-American performer come next spring.

2: POINT GUARD CROP IS NOT LACKING

There has been a lot of talk in the past about the lacking crop of quality lead guards in the 2017 class. Maybe it is because of the five-star talent at the position within the 2016 class along the lines of Lonzo Ball, De’Aaron Fox, and Markelle Fultz, but 2017 is no laughing matter. Matt Coleman, Trevon Duval, Tremont Waters, Quade Green, Trae Young, and Collin Sexton all were excellent this week and that doesn’t even speak on a few others that weren’t invited with the likes of Jaylen Hands, Nick Weatherspoon, and Davion Mitchell. Let’s defuse the argument now…the point guard crop is as solid as you’re going to find.

The best college prospect from beginning to end? Chris Boucher of Oregon. The former junior college product may have been one of the older prospects in attendance but with the recent trend of NBA folks enjoying the immediate production out of the upperclassmen graduating on to the NBA, along with Bocuher’s unreal length and unqiue skillset, expect for the Pac 12 star to be high on NBA Draft boards. Sure, strength is lacking as he got muscled around at times but Boucher sported high levels of confidence on his outside jumper, played out of his area on the glass, and protected his basket. Look for another progressive year from the Ducks big man this winter.

4: VILLANOVA NOT SHORT ON PLAY MAKERS

Villanova loses its stalwart guard in Ryan Arcidiacono. That is going to hurt. However, with Jalen Brunson and Josh Hart in attendance, the two Big East stars are more than ready to lead their squad back to the promised land this winter. Brunson was one of the most competitive guys in attendance and he seems ready to break out as one of the best point guards in all of the land. To go along with the lefty, I fail to see Josh Hart not surpassing his two assists per game average in 2017. The Villanova wing made shots pretty consistently but he also displayed improved vision on the drive to the basket which should allow for easier looks for his teammates and nightmares for his opponents due to Jay Wright’s willingness to throw out four guards onto the floor at any given time.

It has been an up and down year for Zach Brown and that is putting it lightly. Back on the floor in LA, the 7-foot center was a demon on the glass as he is the closest thing to a glass cleaner at the 5-spot that we are going to find. The lefty still lacks much of an offensive skillset but where he is going to earn his rep moving ahead is around the basket and on the glass. The recent St. John’s commit is a double-digit rebounder each time out and if he can remain out of foul trouble more often, expect for the 2017 big man to lead the Big East in rebounding one day soon.

6: HORIZON LEAGUE PLAYER OF THE YEAR IS LOCKED DOWN

Last year, it was a battle between Kay Felder and Alec Peters for the Horizon League Player of the Year. While Felder is now suiting up for the Cleveland Cavaliers, Peters has returned back to college for one more year and it would seem that Peters is the best mid-major player in America. He had an okay first day in Los Angeles but he made sure to end the event in strong form. The 6-foot-7 forward hit on three 3-pointers during one spurt mixed in with an out of area putback. He showed off improved athleticism at the basket, a much stronger physique, and a go-getter mentality that should enable for ginormous numbers on any given night during his senior campaign. 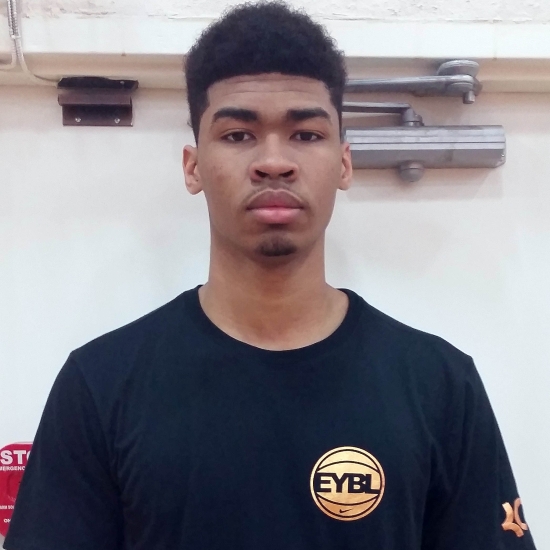 These past few years, Nick Richards has been primarily seen as an energy giving center that relies more on his instincts than his overall skillset in producing on the hardwood. While it would be hard to describe the Expressions big man as raw, he has never been seen as a finished product. He still isn’t there yet but Richards took a giant step forward this week as he displayed a much improved face-up game where he converted on catch and rip scores from the mid-post region and was his dominant self in the lane in finishing off the dump-off pass and securing boards with two hands in traffic. Richards is an elite big man and seems to just now be tapping into his humongous upside that he presents at the 5.

If I could play basketball at all and if there is one point guard out there that I would absolutely love to play alongside, give me Monte Morris. The Iowa State floor general didn’t luck into his stupid assist-to-turnover numbers these past three years. It was not good fortunes or lack of competition levels. Monte Morris made every play seem easy throughout his three days stint on the west coast as, you guessed it, he rarely turned the ball, he scored it when the chance was allotted to him, and acted like the floor was his each time out. With the losses of Georges Niang and several others from this past year, look for a more scoring yet still efficient Monte Morris in Ames.

9: WENDELL CARTER IS READY AS ONE WILL EVER BE

There has been continued debate as to who is actually the best in the 2017 class. The debate has raged on since this particular class set foot in high school classroom but if college ball would begin tomorrow, I am not sure there is a more ready ballplayer than Wendell Carter. All of that nonsense about the Peach State’s lacking athleticism was put to shame in Los Angeles as he repeatedly finished with emphatic dunks off of two feet and used his vice grip like hands on the glass in securing boards within traffic. His frame looks unbelievable and his broad spread production capabilities for the five-star recruit, a big man that will more than likely play out his college days at either Harvard or Duke, was second to none.

10: OKLAHOMA STATE WILL BE FUN TO WATCH

Last year was the worst of the worst for the Oklahoma State men’s basketball program. Injuries cost the majority of the season for Phil Forte and Jawun Evans and the recent death of incoming recruit Tyrek Coger sure doesn’t help the cause. Hopefully though, better days are ahead for the Big 12 bunch. After naming former Stephen F. Austin head coach Brad Underwood the new head man in Stillwater, Jawun Evans, a 6-foot sophomore guard for the Cowboys, was splendid on Tuesday. His feel and play making skills off of the high ball screen, to go along with his decision-making and intellect for things when pressured, is top notch. He never gets sped up and while his jumper remains a work in progress while heavily guarded, Evans should rack up his fair share of assists with such incoming perimeter shooters in Lindy Waters and Thomas Dziagwa, and don’t forget about all-Big 12 returnee Phil Forte. Look for tons of loaded guard lineups to be placed out onto the floor by the new regime at OSU with Jawun Evans leading the way.