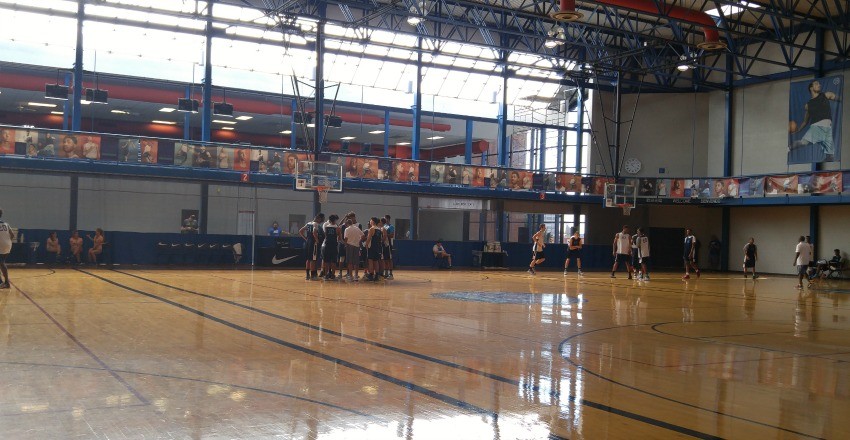 The Nike Top 100 is always a must stop along the way and is the perfect kick off to the summer months. Taking place on the campus at St. Louis University where the heat was a bit nasty as it nearly hit the triple digits, the competition in the gym was even more intense. Bringing together some of the very best 2018 and 2019 prospects from across the nation, Nike did it once again in fielding an elite crop of upcoming stars.

While media availability and reporting was disabled during the event, HoopSeen was able to catch a glimpse of the field that Nike brought in. We will be releasing our updated 2018 rankings before the end of the month but before we do, we take a look at a few names not included within our top-50 that did some major damage in St. Louis. 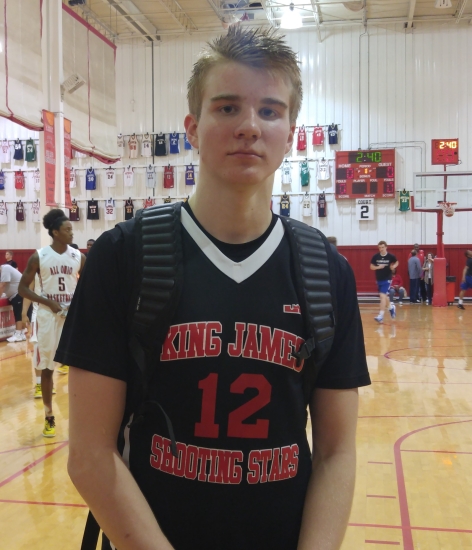 JUSTIN AHRENS, SG, KING JAMES, 2018: While we already have his teammate in our 2018 rankings where Darius Bazley made us look pretty smart with his time at the Nike Top 100, Justin Ahrens made his own statement during his stay in Missouri. With a brother that is a rising sophomore on the men’s team at Michigan State, the 6-foot-5 wing brings loads of value to the hardwood within his own right. The lefty seems to have limitless range on his outside jumper, a shot that he can hit from off the catch and on nifty, two-dribble stepback jumpers. Not just a shooter, the Versailles High star has some athleticism at the basket and paired with his grit, the King James product can finish the and-1 chance with the best of them. Continued developments of his ball skills and handles are in order but with recent offers in hand from St. Louis and Stony Brook, expect to see the Buckeye State native have his name heat up this summer by way of his outside shooting prowess and added athleticism at the cup.

AYO DOSUNMU, PG, MAC IRVIN FIRE, 2018: What a proper team name that Dosunmu suits up for as the Windy City native was blazing fire all weekend long. Sporting great length and a body that continues to fill out, Dosunmu is one of the best competitors that there is in the 2018 class. While he is far from a finished product, one should assume that the sophomore guard will be included within our next rankings update within his respective class. While he is an elite slicer to the basket, where he mixes in his blend of different speeds, an ideal first step, and some toughness, Dosunmu can also hit the outside jumper with his feet set. More of a scorer at the lead guard spot, the Morgan Park standout is ready to blossom into a top tier recruit in the coming years. He has been a hot name in recent weeks but expect for things to absolutely blow up next month as college coaches get the chance to see the new and improved Ayo Dosunmu.

AUNDRE HYATT, SF, NEW YORK LIGHTNING, 2018: Hyatt went bonkers on Friday evening as he hit on six made 3s, three coming in a string of possessions, each time his jumper falling from further and further out. Sporting unreal length with a 7-foot wingspan, the 6-foot-4 wing has ideal physical tangibles for the highest level of play. While he did fall in love with the outside jumper and settled at times, Hyatt can put it on the floor on the hard righty drive to the cup, a move that he can convert on with solid touch and toughness at the lid. He has the ability to be a defender at both wing spots out top and with some fire under his belly, Hyatt did nothing to hurt his resume, boosting his stock with a solid few days under the Arch.

MARCUS LITTLES, C, TEAM FINAL, 2018: There is nothing little about the big boy out of Philadelphia as Marcus Littles competed with one of the biggest motors all weekend long in St. Louis. He does a great job of showing himself in the post and digging in within the interior. Holding his ground isn’t much of an issue and while he has a heavier yet stronger physique, the Team Final product displayed nimble feet on reverse pivot and spin moves in the lane. Littles is a fine competitor that breathes fire. He sets the tone each time out on the playing floor and throw in his take-no-prisoners-mentality and super soft hands in and around the basket, and what you have with the sophomore is fine,  Big East-type of throwback recruit within the trenches at the center position.

MATTHEW MAYER, F, HOUSTON HOOPS, 2018: Mayer suits up for the Houston Hoops 17-under bunch and while he doesn’t get all of the pub nor the looks on the offensive end, the sophomore forward more than showed off enough upside this past weekend that makes us heavily consider him during our next rankings update. He isn’t fully polished just yet and he needs to tighten his handles and add consistency to his outside jumper, though Mayer seemed to be everywhere during his time on the playing floor. Bringing good size to the floor as he stands at 6-foot-7, the Texas native is more of a tweener at the moment but he more than makes up for it with his toughness, instincts, and giant amounts of explosiveness at the basket. Numerous times, Mayer attempted to bring the house down with the behind the head, two-handed dunk in the lane and with some play making abilities at his fingertips, the Hoops forward had a nice start to what should be a fine summer out on the travel circuit.

JAHVON QUINERLY, PG, SPORTS U, 2018: Getting a run in at Nike event as Quinerly suits up on the Under Armour platform during the travel season, the Jersey native was tremendous in setting the floor for his bunch and seemingly making all of the right plays with the ball on the attack to the basket. Smooth and a calming presence for his squad at the lead guard spot, Quinerly isn’t the biggest of guys where he stands short of 6-foot and doesn’t top 160-pounds, though it is his feel for the game, IQ, and unreal levels of composure that make Quinerly a stud of a recruit. The majority of the better east coast programs including Villanova and Virginia have made the Sports U product a priority early on and the floor general didn’t nothing out of the norm to make you think that he doesn’t belong in the next updated version of the HoopSeen 2018 Rankings.