Nike Top 100: Five that made us look good 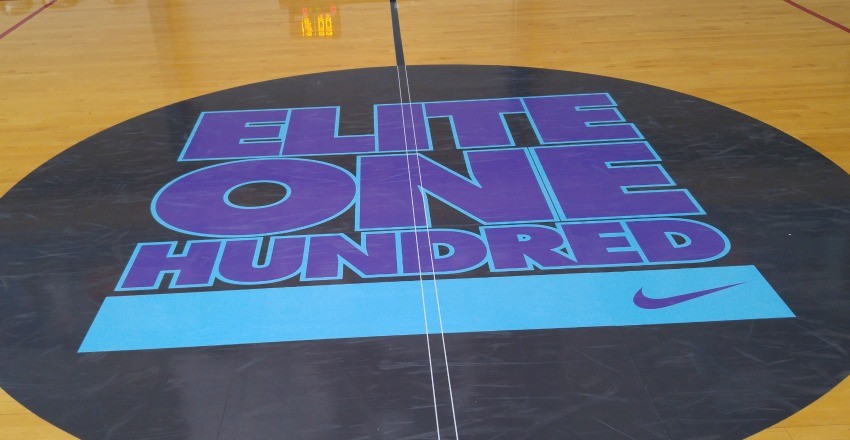 The Nike Top 100 is always a must stop along the way and is the perfect kick off to the summer months. Taking place on the campus at St. Louis University where the heat was a bit nasty as it nearly hit the triple digits, the competition in the gym was even more intense. Bringing together some of the very best 2018 and 2019 prospects from across the nation, Nike did it once again in fielding an elite crop of upcoming stars.

While media availability and reporting was disabled during the event, HoopSeen was able to catch a glimpse of the field that Nike brought in. We will be releasing our updated 2018 rankings before the end of the month but before we do, let’s take a look at who made us look good in having appropriate prospects already included. 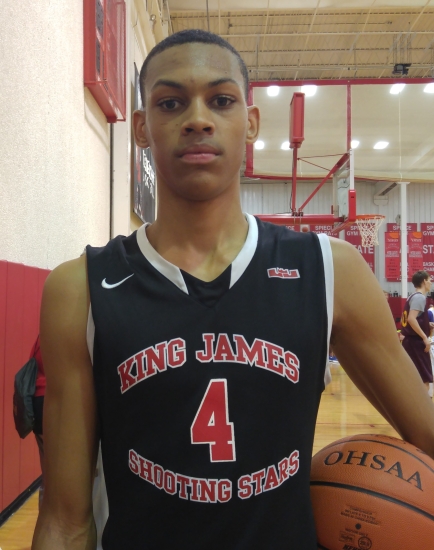 DARIUS BAZLEY, F, KING JAMES SHOOTING STARS, 2018: HoopSeen was the first primary recruiting outlet that placed the Finneytown star in its top-50 rankings and this past weekend in Missouri, the Ohio native made a major statement with his play and production. While he can be a bit ball dependent at times, the King James product has one of the best upsides out of anyone within his respective class. The lefty has some Paul George to him as he can play make and create for himself and others from off the bounce yet can step back and hit the outside jumper from off the step-back. While he is a bit thin and needs to fill out as  he weighed in just short of 180-pounds, the 6-foot-7 sophomore has the early set of ball skills, some toughness to him, and take over abilities that make him special. Bazley is one to keep an eye on and in two years, if he progresses properly, could supplant himself within the top-15 of his class on the national scale.

KAMAKA HEPA, F, PORTLAND BASKETBALL CLUB, 2018: We were a bit ahead of the curve with Hepa in including him within the 2018 HoopSeen Top-50 that was published back in March. In St. Louis, the Alaska native displayed a premier skillset, versatility, and upside that is more than intriguing. While he isn’t an elite athlete and strength gain is still in order, the 6-foot-8 forward playmaked as a point-forward type displaying elite passing skills from off the bounce. With some shades of a younger Kyle Singler, the rising junior, that spots a near 7-foot wingspan, can create for himself from off the bounce but also makes others better, isn’t afraid to go to the glass, and with more time put in with his physical maturation, the Portland import will continue to see his name heat up on the recruiting front as he will remain within our rankings during the next update.

KELDON JOHNSON, SG/SF, BOO WILLIAMS , 2018: While many differ with Johnson as he has been ranked high and low, we tend to go with the former, as we believe that Johnson is an elite prospect in the 2018 class. A score first guy coming up through the ranks, the now rising junior showed off added rebounding and play making dimensions during his time in St. Louis. While he isn’t a premier athlete, he definitely is no slouch in scoring at the basket. The Virginia native has developed some inner dog to him, of which has allowed for the Boo Williams star to produce in the more physically heightened affairs. Johnson’s outside jumper remains a work in progress, yet from the mid-range on in, there aren’t many better scorers nationally within the 2018 class, as the competitive sophomore will remain in high regards here at HoopSeen as he displays the proper progressions and physical tangibles to be among the best of the best.

LOU KING, SF, SPORTS U, 2018: One of the few prospects attending the camp that plays for a non-Nike sponsored program as King runs for the Sports U bunch on the Under Armour circuit, the 6-foot-7 was well worth the invite. The long bodied 3-man was very active and productive on both sides of the playing floor. Versatility is the name of the game with the rising junior as King is capable of sitting down and guarding out top, yet has the innate strength to hold his ground within the interior. He can hit the outside jumper but also puts it on the floor and attacks the bigger defender off the bounce. King is talented, to put it lightly, and worth more time rounding out his game, the top-25 recruit has it all at his fingertips; the next step, remaining consistent and dominating each time out.

JONTAY PORTER, PF, MOKAN ELITE, 2018: While much has been made about Michael Porter, a five-star small forward and top-five recruit within the 2017 class, many have not given his brother, Jontay, his proper dues. Built and wired a bit differently than his older sibling, the already committed Washington Huskies prospect was tremendous all week long. The lefty has become a lot more agile in getting up and down the floor and seems more athletic at the basket. More of a face-up oriented forward that enjoys taking his man off the bounce from off the perimeter, Porter displayed his elite level passing skills out of the frontcourt, a knockdown jumper as he has extended his range out to 22-feet, and a quality motor in remaining engaged throughout. Lorenzo Romar got a really good one in Jontay Porter as he cemented his status as a top-50 recruit moving ahead.