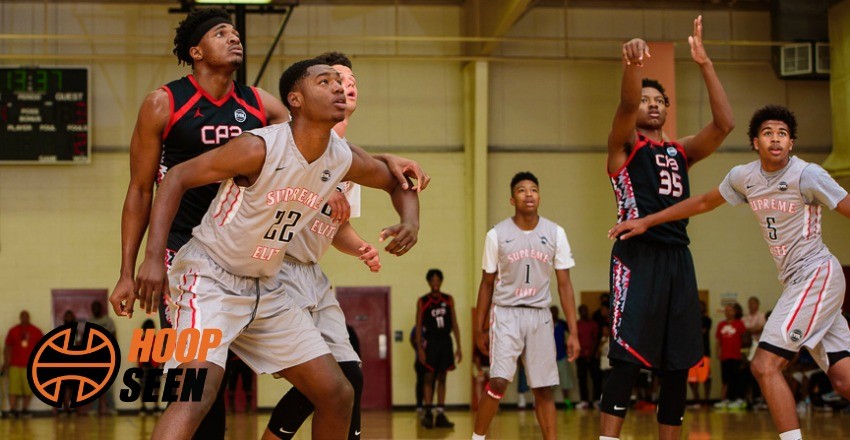 It doesn’t get much better than sitting down for several hours and getting a glimpse of the some of the very best prospects nationwide that the Nike EYBL presents. This past weekend in Suwanee, the entire HoopSeen team was on hand in taking all of the action in that the fourth session of the circuit showcased. We asked each member of our staff as to what was the most entertaining game from the weekend that was the Nike EYBL Session 4.

The most entertaining game of the weekend was the Georgia Stars and Southern Stampede. When you get overtime, one team playing with four players, a buzzer beating game winner, and a player that scores 44 points, that's not something you see every day. Throw in the back and forth matchup between Collin Sexton and Davion Mitchell and you have a very entertaining game. If you didn't have fun watching this game, you probably aren't a basketball fan. –Carter Wilson

This was a simple answer for me. Make no mistake, the majority of the games I saw over the weekend were terrific. However, the Saturday night showdown between Mokan Elite and Team Penny took things to a different level. With one of the biggest crowds to ever watch a game inside Suwanee Sports Academy, the game lived up to the billing as the game of the session.

As two of the top teams in the EYBL, the heavyweight battle featured some of the top players in the country. Michael Porter Jr. showed why he is a consensus top 5 prospect in the 2017 class, as he finished with 38 points and 18 rebounds. Nevertheless, John Petty came out firing and showed he is an elite and polished scorer from the perimeter, as he led Team Penny to a close win with 24 points. –Garrett Tucker

This one is easy for me. CP3 vs. Cal Supreme was as entertaining of a game that I have seen at Suwanee Sports Academy over the last dozen years that I've watched games here. The one-point CP3 win was hard-fought and the team rode the strong shoulders of Wendell Carter against the best frontline in grassroots basketball. All Carter did was win, score 30 ridiculous points, grab 16 grown man rebounds and block seven shots. It was one of the best individual performances I've seen. Considering who he played against (DeAndre Ayton & Brandon McCoy) and the stage, Carter delivered in the clutch. He's been our No. 1 player in the country for a reason and will still stay at the top because of this game. –Justin Young

It is hard to not say the obvious that is the CP3 and Cal Supreme contest that my comrade Justin Young highlighted on so in remaining different, I will go with another Cal Supreme outing. It was Monday morning and the west coast bunch was facing off with Team Takeover, both vying for the second place finish within their pool leading into the Nike Peach Jam in a few weeks. A loss for either could drop any of the two programs to fourth so there was definitely a lot on the line between the two Nike sponsored programs. Takeover won it and it was the sensational play of Chris Lykes and Luka Garza down the stretch that secured the win for the DMV-based program. Seeing Lykes, a 5-foot-7 guard, and Garza, a floor based 6-foot-9 center, go head to toe in playing  a two-man game of sorts against future NBA Draft picks in towering big men Brandon McCoy and DeAndre Ayton, was quite entertaining. While most were grudging through the final day of the long and arduous spring months, Lykes, Garza, and their Team Takeover crew brought the noise in delivering, to me, the most entertaining outing of the final session from the Nike EYBL. –Corey Evans