13 things I liked from NBPA Top 100 Camp on Thursday 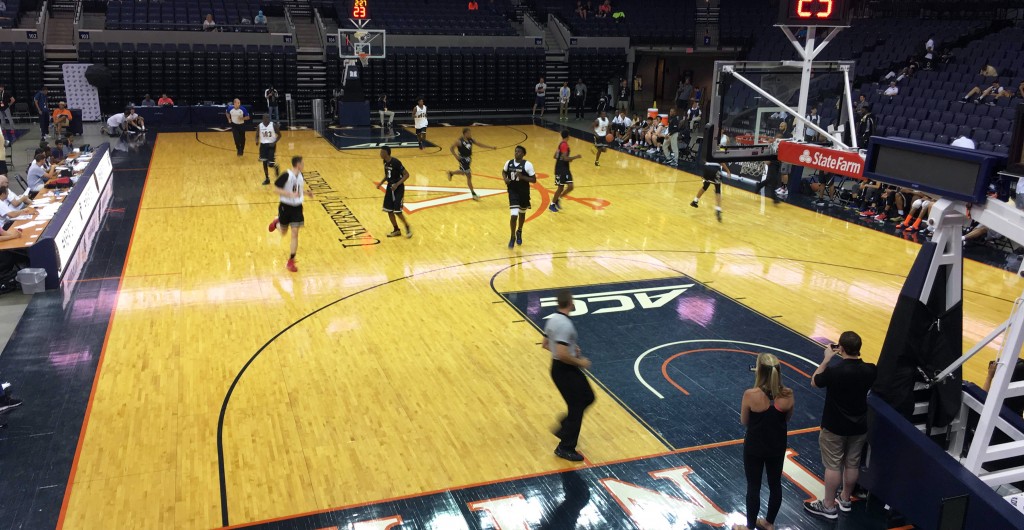 CHARLOTTESVILLE, VA — The action turned up a notch on Thursday at the NBPA Top 100 Camp here on the campus of the University of Virginia. Looking back on the two sessions of game, here were the 13 things that I liked the most.

1. The way 2019 PF Charles Bassey decided it was time to start the takeover here in Charlottesville. The 6-foot-10 big man went to work on the glass and scored in the paint with ease. The San Antonio, Texas power player had the performance that left the gym buzzing.

2. The way Bassey did his work against elite competition, strength and size. His match-up against five-star Silvio De Sousa, one of the strongest players of the camp, was a one-sided affair. Bassey finished with a loud 19 points and 12 most impressive rebounds of the event. Also facing Bassey was 7-foot-1 Chol Marial, one of the longest players in the field. Bassey held both to just four rebounds combined and helped his team out-rebound the competition 43-21 in the game. Total domination.

3. The way Nick Weatherspoon makes college baskets look easy. The Mississippi guard is a HoopSeen favorite and he justified our belief that he’s one of the premiere guards in the 2017 class on Thursday.

4. The way Donnie Tillman approaches the game here at camp. He came with a purpose and, at least for me, been the guy that has used the state to elevate his story. Brought the hard hat and didn’t hold back.

5. The way Paul Scruggs has played so far. The Indiana native powered his way to the iron, shot the rock well and mixed things up with the dribble. He’s been one of the top overall players I’ve seen at camp so far.

6. The way Alex Barcello shot the rock. He was a perfect 2-2 from three. He finished with 14 points, four assists, one turnover and just three missed shots.

7. The way Isaiah Washington passed the rock. The New Yorker had nine assists in the afternoon game. The theme for point guards that have produced has been this - keep it simple, keep it tight, keep yourself on the floor. Washington has done that.

9. The way Lavar Batts made it easy for Charles Bassey to shine. Unselfish play lead to easy buckets.

10. The way Evan Battey is who he is. The (listed) 6-7/280 pound forward from Villa Park (CA) is the most unique guy in the camp and he’s taking advantage of the stage. The big fella gets to the line, hits face-up jumpers, rebounds with great angles and consistently produced. Fun kid to watch.

11. The way Christian PoPoola balled out on Thursday. The 6-foot-3 guard shot well, played well at the rim and finished with a loud 21 points. I’ve always liked his game.

12. The way EJ Montgomery got it done on the offensive end on Thursday. The big man from Florida was engaged, ran the floor and looked like a guy that was having fun. When he’s playing like, he’s tough to stop.