Reviewing the outliers from Nike EYBL 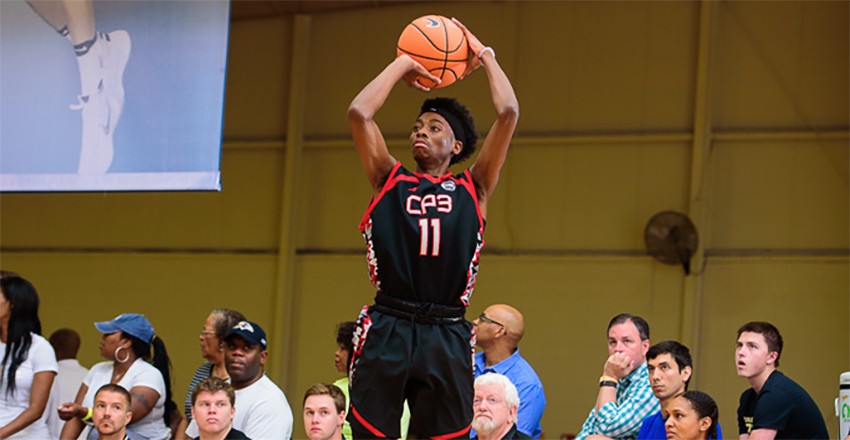 The Nike EYBL stop in Atlanta was filled with star-power, no doubt, but there was a host of outliers that also came to play. Our staff was posted up for the four days at Suwanee Sports Academy looking for the best players outside of our top 100 rankings. Here is our first wave of those top performers.

Exavian Christon, CG, Arkansas Wings, 2017: The Team Portis Wings had a great weekend and Christon was a big part of that. The 6-foot-4 combo guard was a scoring machine all weekend long, as he shot the ball very well from deep. He also showed elite level quickness and athleticism attacking the rim aggressively for some exciting finishes at the rim. He solidified himself as one of the better guards in the south and a more than worthy mid-major recruit, possibly higher. - Carter Wilson

Khalil Garland, SG, Team Penny, 2017: The one-time Memphis commit was very good for one of the best teams from the weekend. The 6-foot-5 rim-attacker averaged 12.6 points a game throughout the weekend. Garland was almost always in attack-mode and went hard to the iron every time he had the rock in his hands. His role was key to Team Penny’s success in ATL and played the role of a high-major scorer. Not a shooter but Garland found ways to be effective in the scoring column. - Justin Young

Luke Garza, C, Team Takeover, 2017: One of the biggest stock boosters this spring, Luka Garza continued his upward trajectory again this weekend at Suwanee Sports Academy. The hulking and space eating 5-man is a bit eccentric as he can score over either shoulder in the lane but also can hit off the pick and pop out to beyond the arc and on the 3-point jumper from the trail spot. A constant competitor that might never be known as an elite athlete, Garza plays well to his strengths on the floor and because of it, seems to produce each time out. Against the likes of Brandon McCoy and DeAndre Ayton, two elite big men in 2017, the Takeover center showed no back down as he went after each blueblood recruit and was successful in doing so. After visiting Iowa officially a few weeks back, several other quality programs are working hastily on the big man, a rising senior that should be a fine asset within the interior during his collegiate playing career. - Corey Evans

Michael Hueitt Jr., SG, CP3, 2017 (pictured above): Sniper alert. The CP3 and High Point Christian (NC) shooting guard was dialed in from deep all weekend, stretching the floor and providing space for his teammates to operate. When defenders helped off of him, he was ready to pull the trigger and knock down three's. He played a huge role for CP3 this weekend and might have been the top shooter at the Atlanta EYBL stop. That shooting ability will translate well for him in his transition to the college game. - Carter Wilson