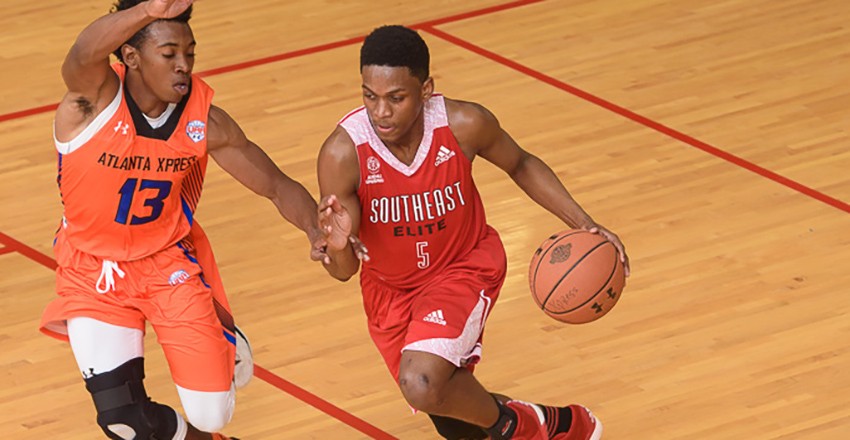 The 2016 Bob Gibbons Tournament of Champions was loaded with talent. The games were intense and the players competed with the utmost level of intensity. Here are our Super Six players from the 17 and under division of the tournament. 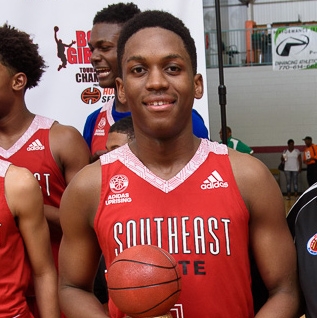 Elijah Jordan, PG, CP25 Southeast Elite: Jordan has been one of the breakout players of the spring from Florida and capped off the first half of the travel season with a championship and MVP trophy at the 2016 Bob Gibbons Tournament of Champions. His shot-making was on point and his delivery was always clutch. Jordan played a key role in his team’s championship run as a floor general, calming presence and glue guy on a roster filled with shot-makers. Jordan be a priority point guard for mid-level programs come July. He’s earned that position in the recruiting game. - Justin Young

Derrick Cook, SG, Game Elite: What a week it was for Derrick Cook. The slender but spry guard made a variety of plays throughout the course of the weekend that shouted upside and major value. While his recruitment is in a minor funk at the moment, Cook should see the ball rolling further after his jump starting weekend in Suwanee. He made plays, shot it consistently, and best of all, he showed the ability to defend various spots on the floor. The stock is up for this Game Elite junior that has his best ball ahead of him. - Corey Evans

Grayson Murphy, PG, Team Corey Brewer (WACG): There aren't many players that play with a chip on their shoulder quite like Murphy. The 6-foot-2 playmaker used the weekend to propel himself right into the top player talk of the event. With elite ball skills and a high IQ, Murphy made opposing defenses look silly each time out. His most impressive outing of Gibbons came Saturday afternoon against Game Elite, as he put WACG on his back and helped them pull off one of the bigger upsets of the day. Murphy plays with swagger and competes each time on the floor, proving he is worthy of mid-major interest going forward. - Garrett Tucker

MJ Walker, SF, Atlanta Xpress: Shot maker. Those are the two words that come to mind when I think of what MJ Walker did this weekend. He came into the event as the best player and proved himself worthy of that title every step of the way. Walker was one of the top scorers of the weekend and did so efficiently, shooting a very high percentage from the floor and from three. He took and made some extremely difficult shots, showing how difficult he is to defend. Overall, he was Grade-A entertainment and very fun to watch all week. - Carter Wilson

Zion Williamson, SF, Game Elite: Over the course of the weekend, there was no more dominant player than Williamson. Playing up an age group, the 6-foot-7 forward looked like a man amongst boys. He is overpowering with his strength and size, but his explosive ability is what differentiates him from most players his size. Williamson was closely followed by mixtape crowds throughout the weekend and he gave everyone exactly what they wanted: plays above the rim. From start to finish, no player was more dominant that Williamson, and that's been a consistent theme throughout the spring. - Garrett Tucker

Wyatt Wilkes, F, CP25 Southeast Elite: Wilkes is already known as a high-major recruit, but he doesn't take any of that for granted. The 6-foot-7 forward was one of the most competitive players we saw all weekend, and it's only fitting that Wilkes helped lead his team to the championship game in the 17U division Sunday afternoon. Wilkes showed he can be clutch and score when needed, whether that be from the inside or the outside. He was a nightmare for opposing defenses with his versatility and ability to score at all three levels. Wilkes turned it on when his team needed him most and proved to be a valuable piece. - Garrett Tucker