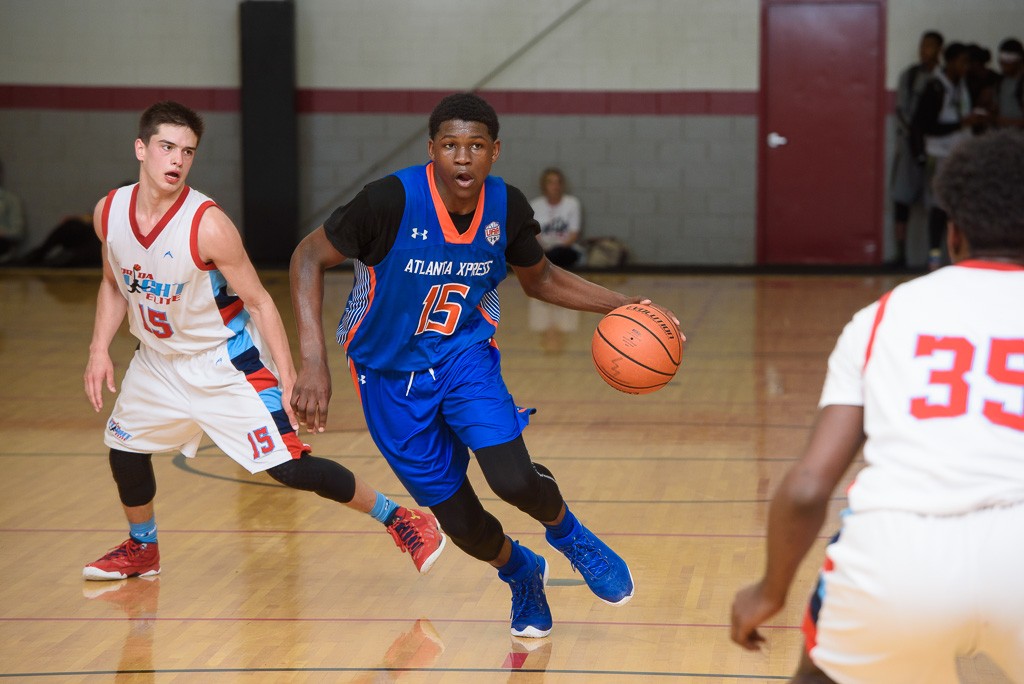 One of the great things about the Bob Gibbons Tournament of Champions is the preview of things to come at the grassroots level. Our 15 and under division was rich with the next wave of top talent. Here is a continued look at our top overall performers from the age group.

Charlie Champagne, SG, Pro One Select: Without one of their top players on the floor this weekend, Pro One Select’s 15U group needed to step up as a committee and carry the load. Everyone on the team did, but 2019 guard Charlie Champagne embraced the call. The 6-foot-2 guard plays hard and cans core from all 3 levels. While he looks like a spot-shooter, Champagne torched defenses with his quickness and ability to get to the rim. - Garrett Tucker

Mikey Dukes, PG, Upward Stars: There weren't many guards in the 15U division that quite had the speed like 2019 point guard Mikey Dukes. The 5-foot-9 lead guard was a blur in the open court all weekend, as he showcased his elite wheels and ability to change speeds. The compact playmaker sports a Russell Westbrook-esque game and does a little bit of everything on the floor. The majority of his damage was done scoring at the rim or dishing it off to open teammates, but Dukes also showed a consistent mid-range pull-up game. He's one to watch from South Carolina going forward. - Garrett Tucker

Anthony Edwards, SG, Atlanta Xpress (pictured): Edwards was one of the top scorers in the 15U division of Gibbons and got his points in a variety of ways. Overall, he just has a knack for putting the ball in the basket and has great basketball instincts. He played both guard spots at times this weekend and played well out of ball screens, making great reads and knowing when to find his teammates. Being a good scorer, he scored the ability to not force his scoring and when to be unselfish and make the correct play. He could end up one of the best scorers in Georgia’s 2019 class. - Carter Wilson

Justin Weaver, PF, Louisville Magic: Weaver was an absolute man amongst boys in the 15U division. Standing at 6-foot-7 and every bit of 225 pounds, the freshman was every bit physically imposing as he sounds. He was a bully in the post, as he overpowered opposing players with his strength and explosive ability. He was unstoppable at the rim, facing up and taking his defenders off the dribble and finishing through them. - Garrett Tucker