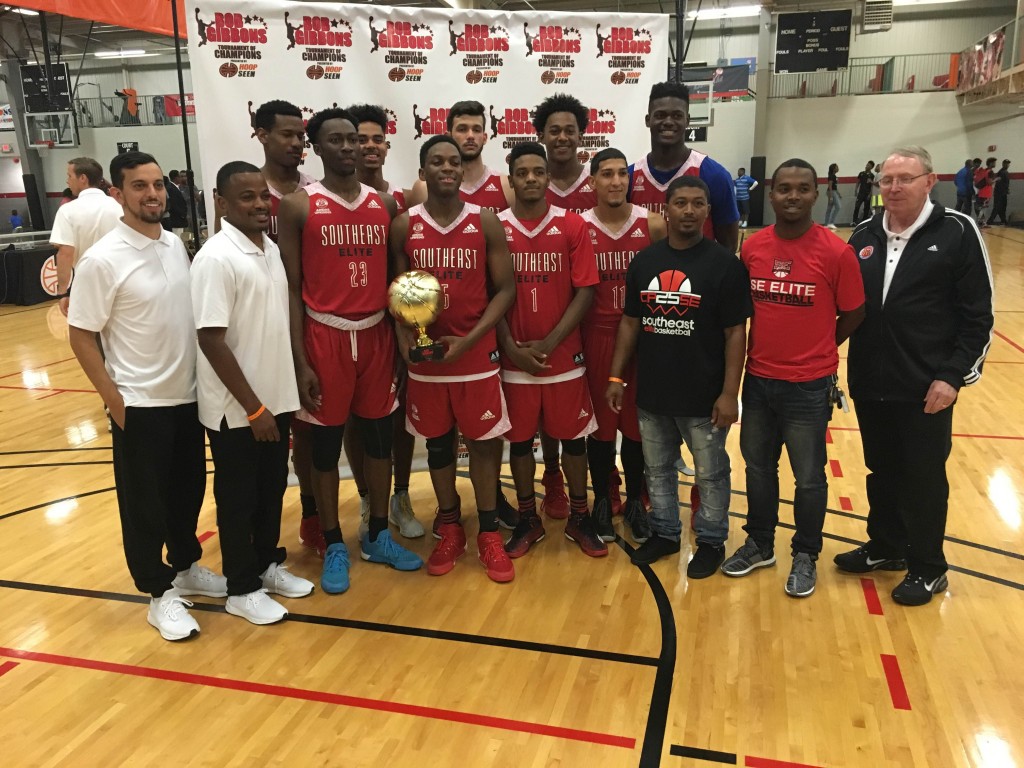 There is a history of elite champions at the Bob Gibbons Tournament of Champions over the course of 24 years the event has been in existence. Some of the best travel teams and some of the best players to play on the grassroots circuit have won the famed event.

In 2016, CP25 Southeast Elite added their name to the list of teams that have staked claim to such a title - Bob Gibbons champion. The Floridians beat a very good and very big Atlanta Xpress 77-70 to take home the gold.

Paced by the stellar play of point guard Elijah Jordan, CP25 Southeast Elite held off the Xpress’s multiple pushes in the second half to take home the trophy. Jordan was outstanding all weekend long. He scored 23 points and hit three three-pointers in the victory. He was named MVP of the 17U division.

The Xpress was paced by M.J. Walker, who was the best overall performer in the event, scored 29 points. Kentravious Jones was an immovable force in the low blocks, scoring 15 points in the game for the Xpress.