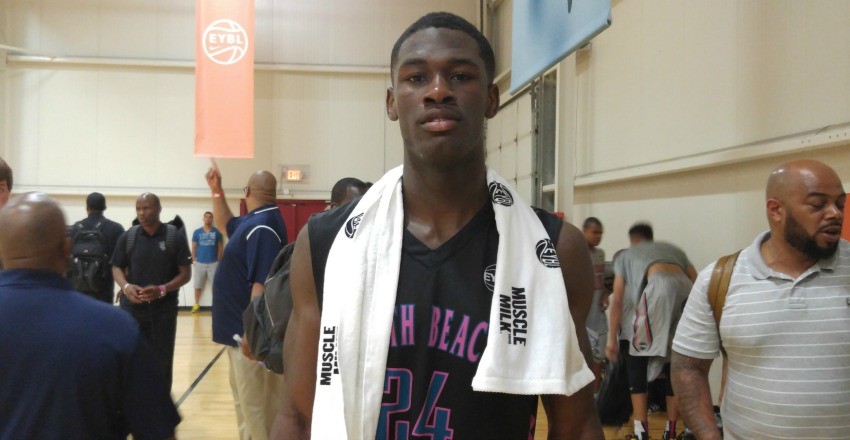 The final stop on the way to the prestigious Nike Peach Jam hit center stage on Saturday as all 40 Nike sponsored programs went at it within the mecca that is Suwanee Sports Academy. Guys were competing and major performances ensued, however nothing could beat what Chaundee Brown did against his peers from the Sunshine State along with the future star potential that James Wiseman displayed in both of his outings. 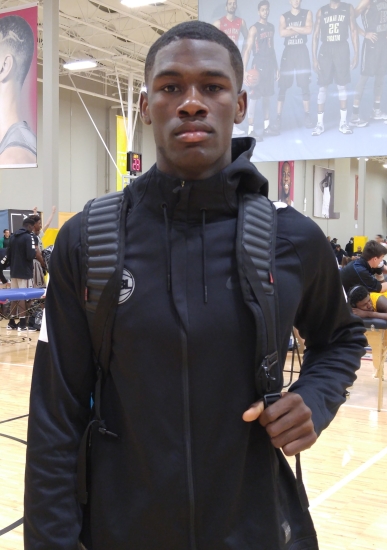 Coming into the spring, Chaundee Brown was a relatively well-known name and just by looking at him, you would be foolish not to think of him as a big time prospect. However, he first passes the looks test in being a five-star football recruit but Brown has made his living on the hardwood and after Saturday’s performance, should continue to do so moving ahead.

The Orlando area native made the switch earlier in April to the Nike South Beach program and boy, has the team taken off since then. While they aren’t the most talented of teams from top to bottom, they sure do compete and one has to think that Brown is a large reason why.

Displaying a super chiseled yet well-built physique, the 6-foot-4 guard has done most of his work in the past via the hard drive to the basket. On Saturday, while he did remain aggressive, the South Beach star scored the ball from every level on the floor. He tossed in two-dribble pull-ups from the top of the key, finished at the basket and through the added contact, and also nailed the catch and shoot perimeter jumper.

No slouch on the defensive end of the floor, Brown has the energy levels, size, and focus to be a versatile, multi-positional defender. He produces on both ends and against the heavily talented E1T1 bunch and some of his peers from the Sunshine State, Brown was the alpha and omega to it all. Concluding his first session with 37 points, 12 rebounds, and four assists, the rising senior is due to see a giant bump in his recruitment as he warrants blueblood looks and offers and while nothing is planned on the visit trail in June, things should change moving ahead.

Settling in for a Saturday 8am session, the St. Louis Eagles 16-unders faced off with a tough and scrappy Team Final crew out of Philadelphia. The Midwest bunch took the loss but it was James Wiseman that scratched an inch of mine where a second look was well needed. After getting another glance of the 6-foot-10 freshman in the afternoon, the Nashville native cemented his case as a five-star recruit.

Attending Emsworth Academy, the long and mobile center definitely passes the looks test without much of an issue and while he has yet to fill out, the upside out of Wiseman is so good, it is difficult to grasp. With some shades of Miami Heat star big man Hassan Whiteside to him, the Eagles center is a premier shot blocker of the basketball. He had a few possessions throughout the course of the day where he had a number of blocks ne just one trip down the floor. The lefty does major work within the painted area and has good hands and reaction skills on the glass as a ton setting 5-man.

When he is competing on each and every possession, Wiseman is a difficult dude to stop as he finishes at the basket with two-handed dunks and can put up numbers in various columns on the final stat sheet. While he is entering just his sophomore summer, already a few programs have become involved with him but it is one that has already caught his eye. “Texas was my most recent offer,” the 15 year old stated. ”I like the environment and their coach. He shows me a lot of love.”

UNC has also joined the party and hoping to visit Chapel Hill and Austin in the coming weeks, whichever the case, expect to hear much more about the product out of the Nashville, Tennessee area that sports the body and talent base in being a highly recruited big man nationwide.

BOO DUO FILLS IT UP

Settling in for a matinee session between the Boo Williams Summer League program and the highly regarded Houston Hoops crew out of Texas, I was thrilled to see a matchup of lead guards between Jay Jay Chandler and Matt Coleman. However, it was the latter’s teammates that stole the show as Keldon Johnson and Marquis Godwin straight up got buckets!

In a giant, overwhelming W for the team based out of Hampton, Virginia, it was 757 native and Richmond commit Marquis Godwin that helped the blue and gold laced bunch with his perimeter shooting. Finishing with 32 points off seven made 3s, Godwin made life a living nightmare for the team out of Texas. He hit on spot up looks out of baseline sets, used the upfake move to get an even better look at the rim before comfortably nailing jumpers from off the deck out to 22-feet, and even showed some bunnies at the basket on a rim rattling dunk off the fast break. Richmond got a zone buster in the Hampton High star….A10, be warned.

Right alongside him, Keldon Johnson continues to announce himself onto the scene as an elite recruit within the 2018 class. He did it all weekend long a few days back at the Hoop Group Southern Jam Fest and on Saturday, backed up his prophecy before the game.

Before the contest, the Park View star told HoopSeen that he would drop 30. Keldon, you were wrong…but not by much. Scoring a cool and efficient 28 points and grabbing eight rebounds, the prolific scorer from the state of Virginia did it every which way possible.

While he needs further polishing on the catch and shoot jumper from deep as he tends to tilt his head back some prior to the release, the Boo star plays with unrelenting energy and lacks fear at the basket off of the hard drive to the rim. Johnson has gotten much tougher, more athletic, and more versatile, which says a lot after setting the Virginia star freshman record for points in one’s inaugural high school campaign.

Ranked number nine in the 2018 HoopSeen Rankings, Johnson should feel safe with his elite status moving ahead and while it hasn’t been the best of springs for the crew out of the Mid-Atlantic, Saturday brought good vibes heading into another full day of action on Sunday.