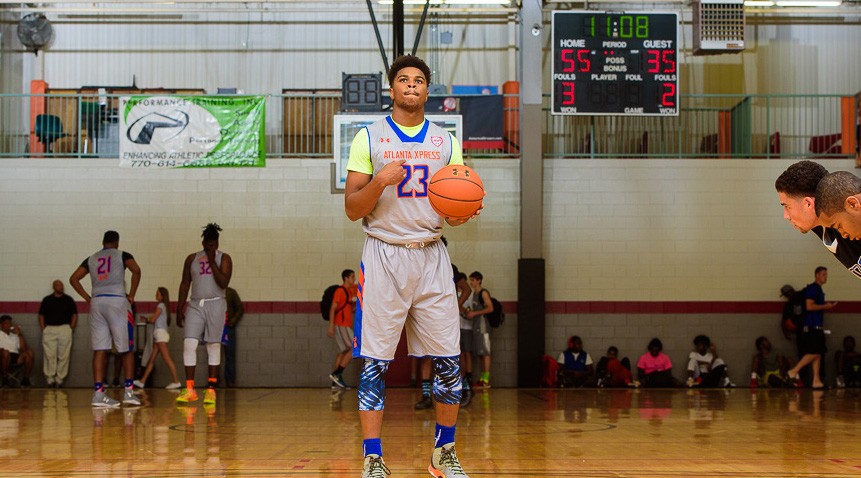 The Bob Gibbons Tournament of Champions Saturday is a long grind, and in order to make it to championship Sunday. It is one of the biggest days of the travel season and it is where moments are made and names are remembered. Here are a few notes from Gibbons Saturday:

Atlanta Xpress and Jonesboro (GA) shooting guard MJ Walker came into Gibbons with a target on his chest as the best player in the 17U field. With that target comes a lot of oppositions gunning for him. How has he responded? Brilliantly. Walker has been an offensive force, knocking down jump shots from all over the floor. Today, he faced some good competition from the likes of Team South Carolina and the Louisville Magic, and he welcomed all takers who wanted their try at defending him. He will look to continue his success tomorrow in the semifinals and possibly the finals.

Team Corey Brewer (WACG) combo guard Grayson Murphy opened a lot of eyes in a game that drew one of the biggest crowds of the day between his WACG squad and Game Elite, who had been rolling over their competition all weekend up to that point. Murphy was phenomenal in the game, scoring the ball in a variety of ways and using a lot of creative finishes around the rim. He finished the game with 19 points and a number of assists. he was joined by his teammate John Carter, who scored 18, to help lift Team Corey Brewer (WACG) to an upset win over Game Elite.

Notes from the Notepad