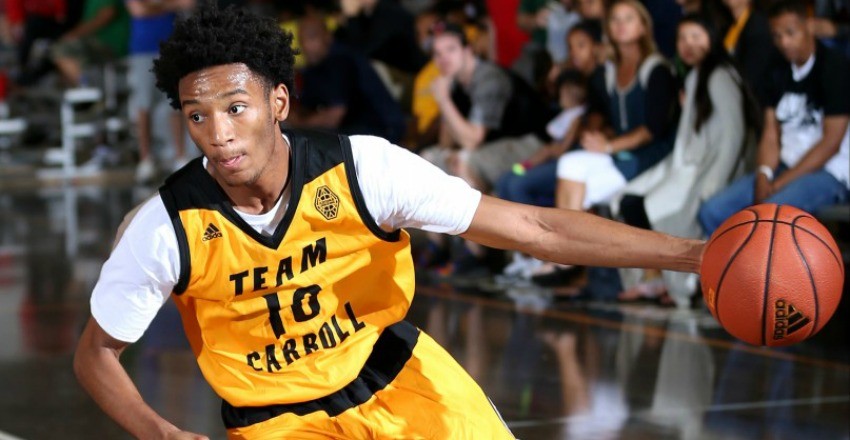 The famed Bob Gibbons Tournament of Champions kicks off Friday evening and as always, some of the top hoopers throughout the east coast and beyond will suit up at sites all throughout the Suwanee area. A number of former and current college and NBA stars began their own story at the event and this year should be no different.

With the schedule of games set and the brackets in place, we asked our HoopSeen team as to which match-up they might want to see most throughout the weekend.

Garrett Tucker: A match-up I’m hoping to see is an Adidas-Under Armour battle in Upward Stars vs. Atlanta Xpress. In particular, I wouldn’t mind seeing A.J. Oliver and M.J. Walker go head-to-head with each other. Heading into the event, both top 100 prospects are known as two of the best perimeter scorers in the event. However, they both can defend and relish the opportunity to compete with other elite players. That’s definitely a match-up I’m keeping my fingers crossed for, and, hopefully, we can see that match-up take place on Sunday.

Carter Wilson: While it would be easy to pick two teams from different quadrants across the brackets to meet in the finals or semifinals, I’m looking at a couple of good potential Sweet Sixteen match-ups. In one quadrant of the 17-under bracket, you could potentially see PSB Select Elite take on Team Carroll. PSB always brings down very skilled players, and this year will be no different with guys like Ryan Schweiger and John Meeks. Team Carroll would provide a great match-up for them with Alex Reese, Jamal Johnson, and company.

In another 17-under quadrant I’m looking at the potential match-up between Louisville Magic and CP25 Team Blueprint, which could be very underrated. This one could feature a really physical match-up between Tony Jackson and Louis Dorsey, two very undervalued players who are very physically imposing. If that happens, you might want to grab a front row seat.

Corey Evans: Man, where to begin? The amount of quality teams that present quality match-ups is too difficult to pick out just one that stands out. However, I would love to see an Atlanta Xpress contest with the Game Elite bunch on the 17-under level.

A program that is sponsored by adidas up against a program sponsored by Under Armour, both hailing from the city of Atlanta, meeting at Suwanee Sports Academy…that sounds enticing. The player match-ups couldn’t be much better as it is the present in Darius Perry, up against the future in freshman guard Kyle Sturdivant. Down low, you see Brian Thomas battling it out with Xpress center Michael Durr. However, the most intriguing dual goes down between two, top-25 recruits in 2017 wing MJ Walker and 2018 forward Zion Williamson. Both have the pick of the litter when it comes to selecting a college to attend but also have dynamic playing styles to their games that would make this affair one, high-level outing.

Just to add another potential match-up in mind, how fun would it be to see an E1T1 and Atlanta Xpress 16-under contest? E1T1 throws a slew of big time guards on the floor along the likes of Michael DeVoe, Antwann Jones, and Serrel Smith, while the Xpress throw a bevy of play-making jumbo wings out onto the hardwood in Khavon Moore, Isaiah Kelly, and Nelson Phillips. Championship Sunday could be pretty special once again at Gibbons!