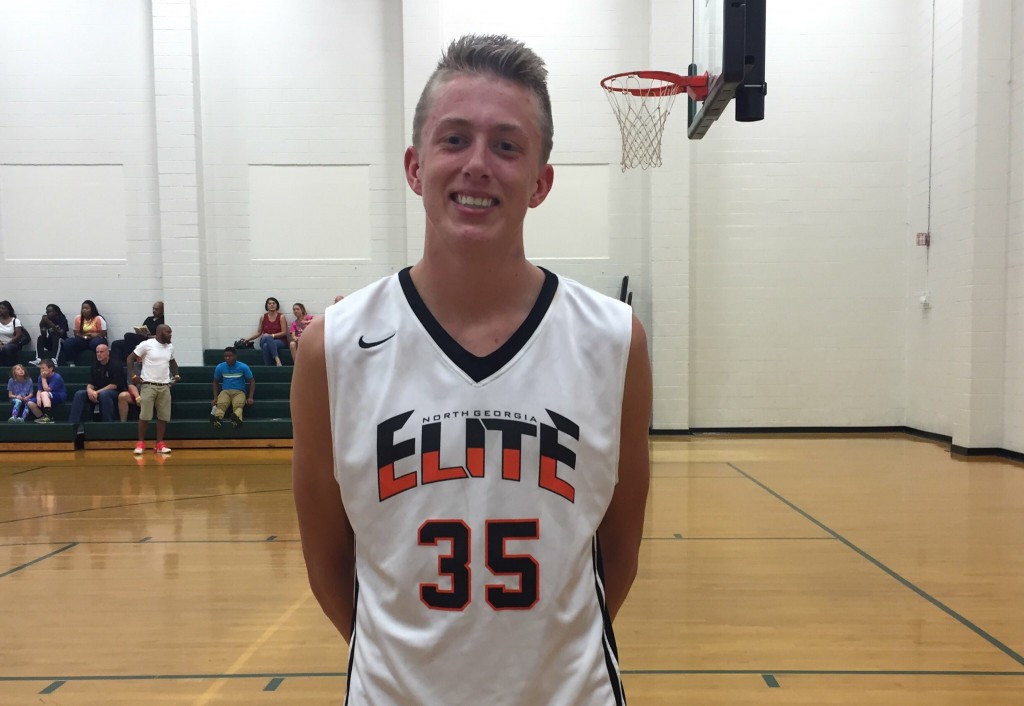 The third Georgia Cup is underway and Friday night had a lot of action to kick off the weekend. Here are a few notes from Friday night:

1. The 14U divisions will be tough this week. There were a number of teams on Friday night that prove they have the ability to take home a win this weekend. The 2020 class could have a bright future.

2. Georgia Class Act 14U was tremendous in a big victory to open their Georgia Cup. They feature 8th graders from all around the metro Atlanta area and will be a force to be reckoned with this weekend. Future Heritage Conyers prospects Josh Smith and Caleb Byrd as well as future Grayson PG Deivon Smith were standouts for Class Act.

3. North Georgia Elite always comes to play at HoopSeen events. Their 14U did the same to open their Georgia Cup weekend. They got a big win on the back of Braxton Hicks (pictured), who scored 22 points and had a few dunks in the game. Hicks will be at Rabun County High School next year.