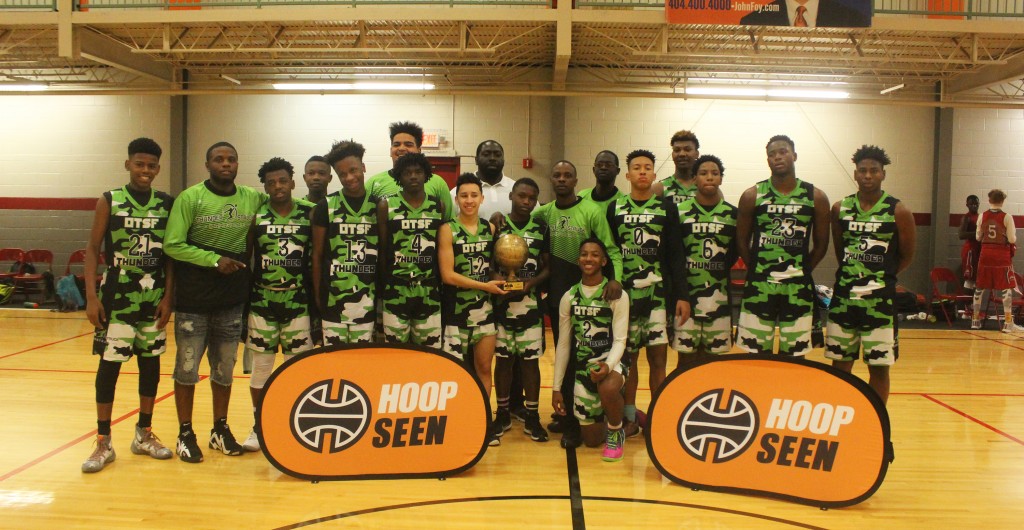 Facing a massive size disadvantage, Georgia Red Storm didn’t back down against Florida-based Thunder Struck but ran out of time as Gervon Dexter and Leonard Manuel pounded away inside for a 71-63 victory. Thunderstruck took their Saturday morning meeting with the Red Storm 68-63 before meeting again in the finals.

“The first game, it was our early game so we were still asleep, but now we’re woken up,” explained Dexter, an intimidating 6-6 center that posted 17 points and 14 rebounds. “I just use my body to get position and do what I got to do.”

Dexter punished the Red Storm inside along with Leonard Manuel. Manuel, 6-6 himself, added 19 points and nine rebounds playing on the perimeter before crashing the glass and finishing inside. Jouldan Rivera provided a spark off the bench at point guard. Thunderstruck led 32-21 at the half after Rivera banked in a three with 10 seconds to play. He finished with 14 points and seven steals.