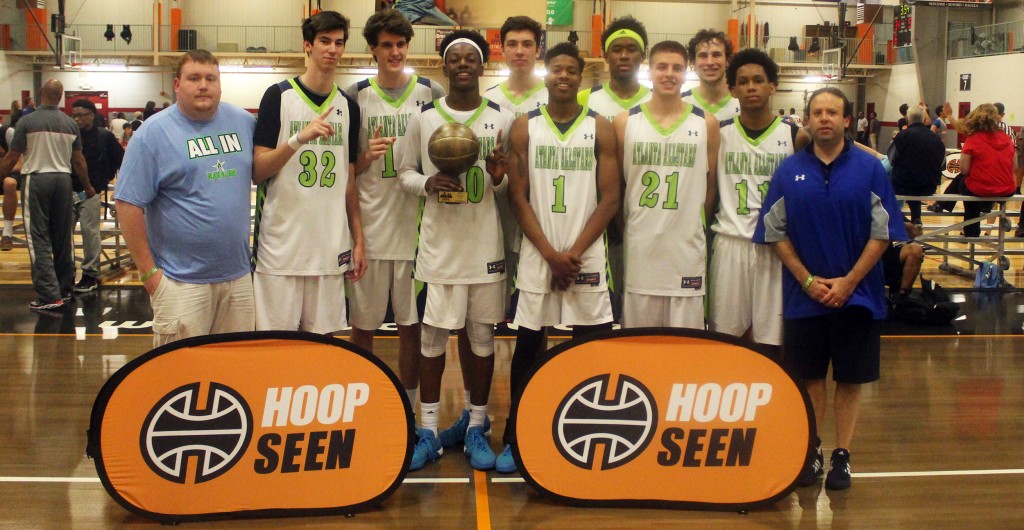 The Atlanta All-Stars edged out the Western Kentucky Elite 61-58 to claim the 17U Black championship trophy Sunday afternoon at Suwanee Sports Academy.

The All-Stars used a total team effort in the win. Javen Greene led the way with 18 points.

“I really tried to get my teammates involved in the game,” Green told HoopSeen.com. “We had a lot of energy in the first half and we used it late in the second half, too. It feels great to put in the work and see it pay off.”

Terry Taylor, a physical forward from Western Kentucky Elite, had 19 points in the loss.