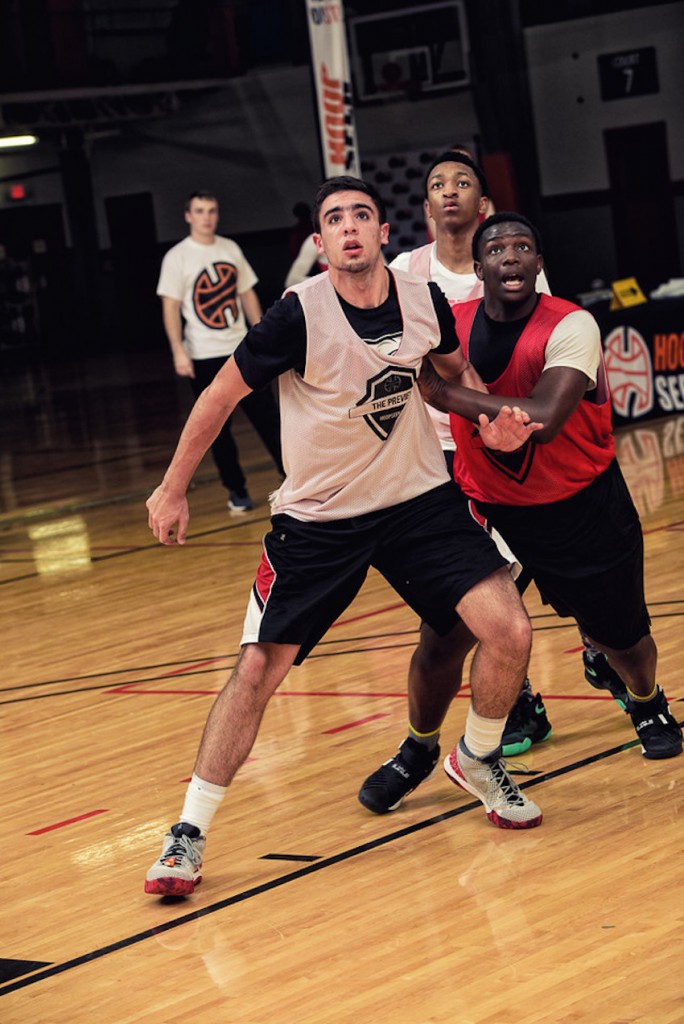 Our Spring Preview on Sunday at Suwanee Sports Academy was the perfect stage for players to jump start their spring travel season. Here is a look at the top overall players and notes from the notepads of the coaches that worked the camp.

When one of our respected camp coaches drops this note: “excellent ball player” next to his notes on Weber Sandlin(2017/6-2/SG), you have to pay attention to the Creekview guard. Sandlin is a crafty guard that knocked down open three-pointers all day long. He can create for himself and others. Because of that, his offense came pretty easy. Few players had a better day at the guard position than him at the Spring Preview.

Josh Tukes (2017/6-6/PF) of Newton controlled and dominated down low throughout the day. He used his length well to score at the rim, grab boards and be effective on both ends of the floor. Tukes has a nice jump hook and a soft touch around the rim. The lefty was the best rebounder in the camp and the opposition didn’t want to tangle with him too much in the low blocks. Overall, very good day for the anchor of Newton’s terrific team. He’s a guy to watch this spring as a sleeper recruit.

Roscoe Spruill (2018/5-8/PG) of Cumberland Christian earned high reviews from our staff of coaches. Sprain is a talented and quick guard that can get to any spot he wanted. Spruill can shoot the three and finished well at the rim. Throughout the camp, he found open players and demonstrated great maturity at the position. Spruill will be on Team Impact this travel season.

McIntosh graduates the most successful class in school history and now the Peachtree City school is preparing for a new era. Cole Guenther (2018/6-7/SF) will be a part of that plan. The wing forward will be the team’s go-to option next season and he showed why people are excited in the south suburb of things to come. Guenther was in fine form at the Spring Preview with his play above the rim, in transition and, most effectively, from three. Guenther drilled several triples in the camp and graded out well by the camp coaches. As he improves his strength and rebounding,

Perhaps one of the most intriguing guys at the Spring Preview was Sandy Creek’s TJ Bickerstaff  (2019/6-6/SF). The long and lean prospect keeps growing, keeps improving and keeps building his confidence. The 2019 class as a whole is starting to come into its own and Bickerstaff will be a guy to watch closely next high school season. Sandy Creek will need to replace three key starters and he’s in line to play a big role. He was one of the top players at the Spring Preview and should be in position to shine even further at the 15U level on the travel circuit.

Daylan Smith (2018/5-11/PG) was in the paint all day long. His ability to finish at the rim in multiple ways made him a threat. The Centennial lead guard can play through contact and made the game easier for his teammates. Loved his vision.

One of the nice breakout surprises of the camp was Deshawn Hutchins (2018/6-2/SG). The home schooled athlete is long and extremely athletic. He showed that he can handle the ball against pressure and shined as a defender. Hutchins Finished well at the rim, too. Overall, this was a very good morning of work from him.

There wasn’t a more athletic player at the Spring Preview than that of Henry County’s Kovi Tate (2017/6-5/WF). Tate is a slasher supreme and went hard to the iron throughout the camp.

Loved how hard Michael Joseph (2017/6-5/PF) rebounded the ball. The North Gwinnett post used his strength to hold off defenders and carved out his space as a rebounder at camp.

Bryson Knight (2017/SG) of Legacy Charter (SC) one of the best shooters at camp. He showed off great range and understanding of when and how to shoot.

Dooly County has a sleeper in Jarquavious Brown (2018/6-5/WF). The sophomore was active and athletic throughout the camp and racked up a lot of wow plays.

Athens Christian’s Jacob Hudson (2017/SG) played so hard you couldn’t help but notice him throughout the day. We loved the effort. Hudson has a good handle and reliable jumper.

Liked how Seth Brown (2017/6-2/SG) of Henry County got the rim any time he wanted. He has good bounce and finished.

Jucorius Thomas (2017/6-3/WF) of Thomson was one of the most active and athletic players at the camp.

Darrion Clifton (2017/6-5/F) of Legacy Charter (SC) is a long and very athletic interior player. He was active and athletic in the paint throughout the day.

Nicholas Clifton (2018/6-4/SF) of Screen County has good size and a great fame for a young player. He has a solid mid-range game and made plays throughout the day.

Dazz Riggins (2017/6-2/SG) is a flat out playmaker. The Chamblee guard can do a little bit of everything and uses his length to score above defenders.