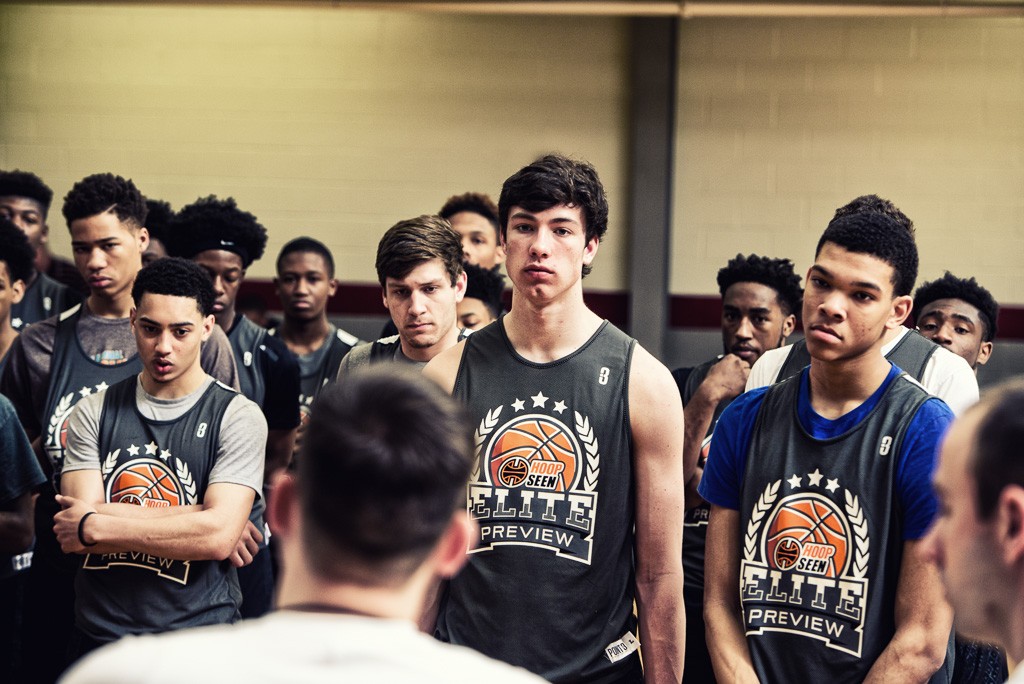 The Georgia Elite Preview was jam-packed with talent this year. We look back on the top players from the event. Our National Recruiting Analyst Corey Evans rolls out his top 10 players.

MYREON JONES, G, HUFFMAN HIGH SCHOOL, 2018: The major breakout of the event, Jones showed off immense potential out of either guard spot in the backcourt. While he isn’t the strongest of guys just yet, the Alabama born guard can really shoot the ball. However, where Jones really shined over the was in his ability to make all of the proper reads and decisions with the ball in his hands. Whether it was running the high ball screen, setting the floor within the half-court offense, or leading the break, the play usually ended with an easy basket for a teammate or a converted jumper. With limited college interest thus far, expect for Jones’ stock to soar this summer with the Birmingham Storm squad.

ALEX O’CONNELL, SG, MILTON HIGH SCHOOL, 2017: With a brother currently suiting up for the Georgia Southern men’s basketball team, the younger sibling may have a much better basketball ceiling. The 6-foot-5, rangy and savvy guard, is first thought to be a knock down shooter. O’Connell can hit with a hand in his face from off the catch and from off of the pull-up but where he surprises is in his bounce and athleticism around the basket. He does have to get stronger near the lane but the junior wing was one of the most productive over the weekend and throw in the fact that Team United product is an underrated passer of the ball and what you have is a priority recruit down south with grades to top it all off.

BRIAN THOMAS, C, KELL HIGH SCHOOL, 2017: A great surprise in my eyes on Saturday was Brian Thomas. Some guys come out and try to show that they are something that they are not; this is not in the 6-foot-7 big man’s agenda. With quality length to him and an elite motor, Thomas is great whenever the game speeds up and is a garbage man type on the offensive glass. He is an excellent rim protector especially out in the open floor and from the helpside spot. Thomas repeatedly swatted away shots and with either hand from atop of the box on the backboard. He does have to polish his ball skills further but a big man with grades, hands, and a motor is hard to find anymore and gives reason for why the productive center will be a well-followed recruit this summer.

GARRISON BROOKS, C, AUBURN HIGH SCHOOL, 2017: Coming across the Georgia state border, Garrison Brooks brought with him one of the most polished, fundamentally sound skillsets to Suwanee. He will never be known as an elite athlete who can throw down the highlight dunk but if you want a winner who does all of the small things and a guy that rebounds the ball in any given contest, then this is your dude. The son of George Brooks, an assistant coach on the men’s basketball squad Mississippi State, the junior big man was open to coaching all day long while also showing off a developed physique, a skilled back to the basket game, and great hands and a motor on the glass. Programs like Alabama, UAB, Vanderbilt, Mississippi State, and Georgia are among those heavily involved with the big fella and rightfully so.

CHUMA OKEKE, SF, WESTLAKE HIGH SCHOOL, 2017: The do-it-all of the event, Chuma Okeke continues to display why he is such a fun prospect to watch compete. While he does have to keep his motor running high each time that he touches the floor, whenever it is, Okeke can impact the game in any way possible. Capable of playing either forward spot but also sliding over onto the ball as a point-forward type, Okeke is super skilled and has a great feel for the game. He sports a basketball body that he should grow into much further and in today’s era of versatile forward types that can play various positions and on either end, Okeke fits the mold. On Saturday, the 6-foot-7 junior led the break, finished at the basket, used his nifty footwork along the baseline area to score, and furthered his stock as one of the more versatile prospects in all of America within the 2017 class.

DJ BURNS, C, YORK PREP, 2019: Getting paired up against top-15 and elite big man Ikey Obiagu from the 2017 class in rebounding drills and contests, Burns, just a freshman, didn’t back down one iota. While he isn’t in the best shape just yet, the Carolina native did his very to push and claw his way within the interior and then run rim-to-rim whenever the game sped up. The lefty will never be confused for an above the rim weapon but he can be seen as a fairly skilled big man with his back to the basket. He hit on a few face-up jumpers from the high-post region but also converted on a few upfake and step through moves near the low-block. Still with more time to go in his development, Burns had a great start to his story over the weekend here in Suwanee.

HORACE WYATT, SF, MAYS HIGH SCHOOL, 2018: Wyatt walked into the gym and you immediately got the feel that the kid could play. That he did. Displaying a lean, long body type that has yet to fill out, you better believe that once he does garner more strength, his game will hit the next level. He already is a baller where he can play various spots on the floor and on either end. The multi-positional weapon has great, early ball skills to him as he is comfortable taking his man off the bounce and then rising up for the mid-range pull-up jumper. Fairly quick and athletic, Wyatt can then guard the 2-4 on the other end of the floor and while there was little known of the high upside wing heading into Saturday, Wyatt walked away leaving the HoopSeen team very intrigued about where he might be in a few years.

DANNY LEWIS, SG, WESTLAKE HIGH SCHOOL, 2017: Lewis plays on a loaded high school squad and for a beastly travel program in the Georgia Stars bunch, so he sometimes doesn’t get all of the attention that he might deserve. Known primarily as a catch and shoot guy in the past, Lewis has added to his skillset throughout the winter months and gotten much better in facilitating within the half-court setting as a secondary ball-handler. He used his body to his knife his way through the defense and then finish at the bucket with either hand. Throw in his outside jump shooting prowess and Lewis is now a much more difficult weapon to guard with the ball in his hands. He showed progressions in his game on Saturday and is someone that will be fun to watch his story play out this summer.

CHRISTIAN BROWN, SF, AC FLORA HIGH SCHOOL, 2019: If you want a high motor guy with an improving skillset that continues to get better by the day, then Christian Brown is your guy. The 6-foot-6 jumping jack flourishes in the open floor and is one of the quicker guys around in getting off his feet. The South Carolina native displayed a skillset on Saturday as he actually played on the ball some in setting the floor for his team and was nearly impossible from keeping out of the lane. He has a far from finished physique as he is very slender, yet the Georgia Stars prospect has quite the upside in front of him. Brown could become an unbelievable, multi-positional defender, hence why he received his first offer as a seventh-grader from the Georgia Southern program.

ISAIAH KELLY, SF, PACE ACADEMY, 2018: Teaming up with five-star center Wendell Carter during the high school season, Kelly continues to make his own name for himself. In Suwanee over the weekend, Kelly displayed a versatile skillset where he is capable of playing either forward spot in the frontcourt. More of a perimeter based prospect with a good feel for the game as a solid distributor in the half-court setting, if there is one thing that Kelly exudes, it is just how sturdy he really is. He won’t wow you with his athleticism but he can be a bit sneaky on the dunk attempt but his skillset and intellect for the game puts things over the top in his favor. Kelly is already hearing from programs in and out of the Peach State and expect for that to continue these next two years as he rounds out his game as a play making forward type.