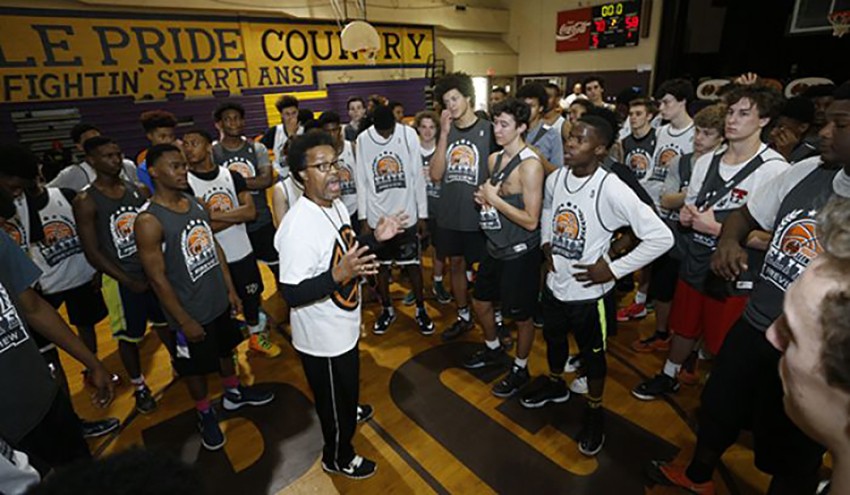 BIRMINGHAM, AL — The second annual Alabama Elite Preview was a great way to start the spring. Roughly 80 of the best players in the state of Alabama joined us for the invite-only camp and spent the day being taught by college-level coached and competing against the best of the best.

Who were the top 10 players at the camp, according to our staff of eight coaches and eight evaluators? These guys.

Bradley Belt, SG, 2017, James Clemens: Belt is a combo guard with a strong college- ready body. He played really strong with the ball and used his physicality against smaller guards to get into the paint and cause all kinds of problems for opposing defenses. When given space, he wasn’t afraid to take advantage and knock down perimeter jump shots. Overall, Belt was one of the best scorers we had in camp and knows how to put the ball in the basket in a variety of ways. - Carter Wilson

Jon Brown, SG, 2017, Helena: Brown is a big, physical shooting guard who was one of the most physically imposing guards at the Elite Preview. He started his day using his size to his advantage and getting into the paint, where he showed he could finish strongly. He even put a defender on a poster with a thunderous dunk in the first set of games. As the day went on, however, he proved that he could score it from the perimeter and putting on one of the best three-point shooting displays that we saw all day. - Carter Wilson

Tevin Brown, SG/SF, 2017, Fairhope: Well, hello! The 6-foot-6 wing played his way into the conversation with his terrific play on both ends of the floor throughout the camp. Brown rebounded as well as any guard/wing there was in the camp. He ripped and ran the floor. Brown shot well and made smart decisions throughout the camp setting. Brown has the tools of a guy that is primed for a breakout. An improved motor will determine his level. The tools are there to be mid-major plus (maybe higher) after the spring recruiting period. - Justin Young

Malik Burnett, SG, 2017, Lee-Huntsville: It took a little bit for Burnett to get things going, but he quickly showed he is one of the most electric scorers Alabama has to offer. The 6-foot-3 shooting guard can score from all three levels. After settling for 3’s most of the first game, he became more aggressive going to the basket and using his athleticism to his advantage. Once Burnett did that, his perimeter shot began to fall. - Garrett Tucker

Logan Dye, PF, 2018, Haleyville: Dye came into camp as a rather unassuming looking player. However, his game spoke volumes. A very skilled inside-out big man, Dye can score the ball in a variety of ways. He has good moves on the block, knowing which crafty finishes to use around the rim, and can step out and shoot perimeter shots as well. This sophomore could be getting quite a bit of attention from college coaches this spring and summer before going into his junior year. - Carter Wilson

Herb Jones, SG, 2017, Hale County: One of the great things about the Elite Preview is getting just what the camp is named - a peek into what’s about to happen. The 6-foot-6 three-position prospect can produce at the point, the shooting guard and the wing. He’s a long prospect with great range and bounce. Jones’s college value is his versatility. Players with skill set have become quite the popular prospect with the high-majors. The in-state schools have made him a priority and rightfully so. We had a chance to see why he’s going to be a guy the head coaches watch during the first live April recruiting period at the Elite Preview. - Justin Young

Alex Reese, PF, 2017, Pelham: Reese was able to showcase the unique skill-set he has as soon as he walked through the door. The 6-foot-8 big man excelled in one-on-one drills with his rare mixture of size, skill, and ball-handling. Reese showed why all of the SEC is chasing him, as he stretched the defense with his perimeter shooting throughout the day. He played above the rim and continues to add more facets to his game. - Garrett Tucker

Garrett Sanderson, SG, 2017, Montgomery Academy: Sanderson was the surprise of the day, as he brought the attention to himself with his motor and demeanor throughout the day. The 6-foot-2 guard consistently played hard and made correct decisions with the ball in his hands. He hit shots from the perimeter off the catch, as well as a couple of mid-range jumpers off the dribble. Sanderson has a great understanding of the game and played within himself throughout the day. He made the most of camp Saturday. - Garrett Tucker

Dashaunte Smith, SG/SF, 2017, Montevallo: Smith is an intriguing player that is still an unknown to many college coaches. In fact, he didn’t report any college interest – and it’s safe that’s going to change over the next few months. The 6-foot-5 wing has a strong frame and embraces contact at the basket. He struggled shooting from the perimeter on Saturday, but he has proved during the high school season that he can make shots. Instead of getting discouraged, he did a good job of attacking the rim and making plays off the bounce. He’s a sleeper to watch going forward. -Garrett Tucker

Josh Strozier, SF, 2018: Holt: When we started the Elite Preview, the coaches challenged players to compete with purpose, listen to instruction and apply it on the court. No one embodied that message more than Strozier. Right out of the gate, the 6-foot-6 wing was diving on the floor for loose balls, giving energy to his camp mates and doing work in the games and competitions. Stroizer mixes effort with skill. In the games, he shot very well from the wing, attacked with the power dribble, rebounded with the size and passed it both half court and transition. The class of 2018 prospect was one of the three consensus picks for “top performer” from the coaches that worked that camp. - Justin Young 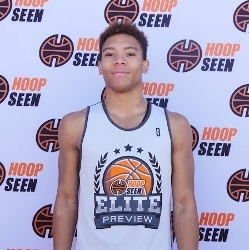