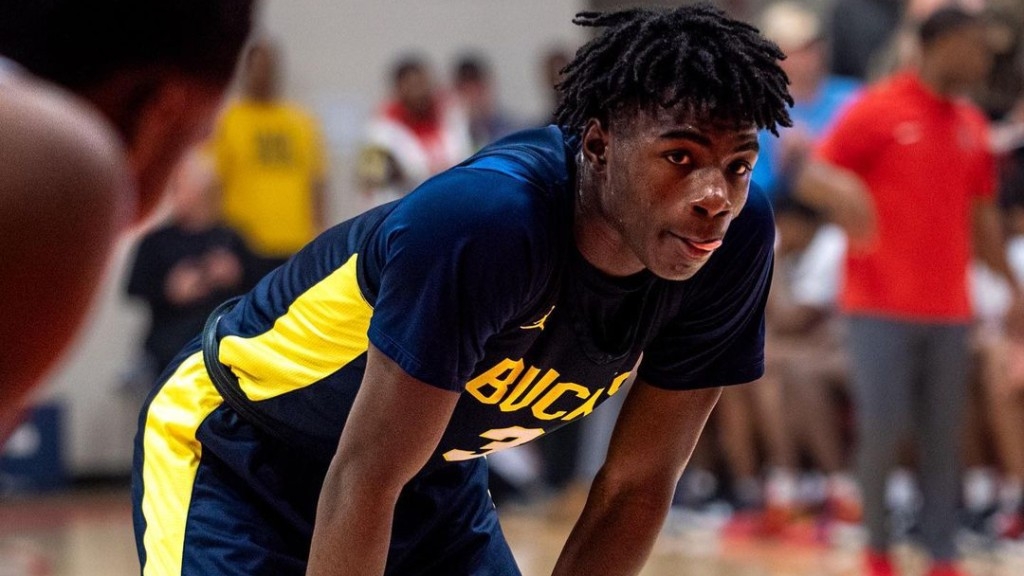 I originally started at HoopSeen back in the fall of 2014. Throughout the nine years, we’ve seen a lot of different changes across the college basketball recruiting and grassroots basketball landscape. However, I feel like HoopSeen has always done a masterful job of providing fair, accurate narration of everything happening in the hoops world.

Throughout the years, I’ve read a lot of good thoughts from our staff. Whether it’s been JY’s opinion on altering the entire recruiting calendar (which is an awesome proposal, by the way) or a quick event recap from Josh Tec, our personal columns have given all of us a reputable forum to voice our respective basketball opinions — and not everyone has the opportunity to do that.

With that being said, I’m excited to bring back the same Tucker Topics column that began nine years ago when I first started at HoopSeen.com. My hope for this revived column is to provide a unique set of stories and opinions that gives the casual fan an inside-look into some of the best stories in basketball. Trust me, with over a decade of time in this space, I have plenty of stories to be told.

So, without further adieu, let’s get this week’s installation of the Tucker Topics underway…

In case you’ve been living under a rock for the past six months, DaJuan Wagner, Jr., one of the top players in the 2023 class, has boasted one of the most captivating recruitments in recent memory.

Up until the last few months, it was thought that the dynamic, 6-foot-2 guard would end up in Lexington to play for John Calipari, the same man that coached his father at Memphis a couple of decades ago.

However, Louisville went out and made a splash by hiring former Kentucky assistant coach Kenny Payne. Actually, the Cardinals made a bigger splash when they hired Wagner’s grandfather, Milt, in an alumni relations position.

Since then, things have been a game of tug of war between the Bluegrass schools, as they have been duking it out (no pun intended, Blue Devils fans) for one of the top players in the country.

Earlier this week, news came out that Wagner and high school teammate Aaron Bradshaw, a respective five-star big man, would visit Kentucky in a few weeks for Big Blue Madness. However, the most interesting portion of this news is the expectation that neither prospect intends to visit Louisville at this point.

What does it mean, if anything, for both players’ recruitment? To be honest, I have no clue. But I do know this continues to progress as one of the most mysterious recruitments we’ve seen in quite some time. Buckle up everyone, it looks like this will be a wild one!

THINGS ARE GETTING BUSY FOR FRESHMAN CALEB HOLT

2026 Buckhorn (AL) wing Caleb Holt has been in the national spotlight for a few years now, as he has made an early claim as one of the premier players in his class. He showcased his advanced game during the travel season — and it looks like some people have been impressed by the Alabama native.

The 6-foot-5 wing man added a pair of new SEC offers to his list last week after Florida and Mississippi State visited him at school. They join an impressive early list of scholarship offers that include Alabama, Auburn, Georgia, and Ole Miss. That list will only grow over the next few years.

While the new offers are exciting times for Holt and his camp, they’ll be old news in the next few weeks. How so?

Holt will head out of town on October 7th to compete at the Team USA minicamp, with hopes of earning a spot and representing his country.

Despite only being in the ninth grade, Holt already has an impressive start to his young career. It looks like the Team USA invitation is just the latest accolade and chapter in what could be a highly decorated high school career.

COMMITMENT OF THE WEEK: NEW ORLEANS LANDS AN UNDER-THE-RADAR PLEDGE FROM JAH SHORT

I had a chance to see Garner Road early in the spring and really liked what I saw from 2023 FarmVille (NC) Central guard Jah Short. Surprisingly enough, he didn’t have a ton of schools recruiting him at the time.

That shocked me with some of his intangibles. The 6-foot-3 guard has ball skills and seamlessly glides through the air, lighting up the scoreboards in the process. Short proved in a short amount of time that he can finish over, around, or through size at the rim.

To be honest, I thought his recruitment would involve a host of Big South and SoCon schools with a couple of higher-level schools in the mix. I envisioned something along the lines of schools like Furman, High Point, and East Carolina fighting and clawing to keep him home.

Needless to say I was wrong about that one. Short ultimately committed to New Orleans following an official visit — and I absolutely LOVE this addition for head coach Mark Slessinger and Co. I think he’ll win a lot of games for the Privateers.

But the most shocking thing about Short’s recruitment? He chose New Orleans over Queens University, who is in the process of transitioning from Division II to Division I.

When it comes down to it, I think there’s going to be some schools and coaches kicking themselves for not pursuing Jah Short a little harder. I think he’s going to have a strong career in the Southland Conference.