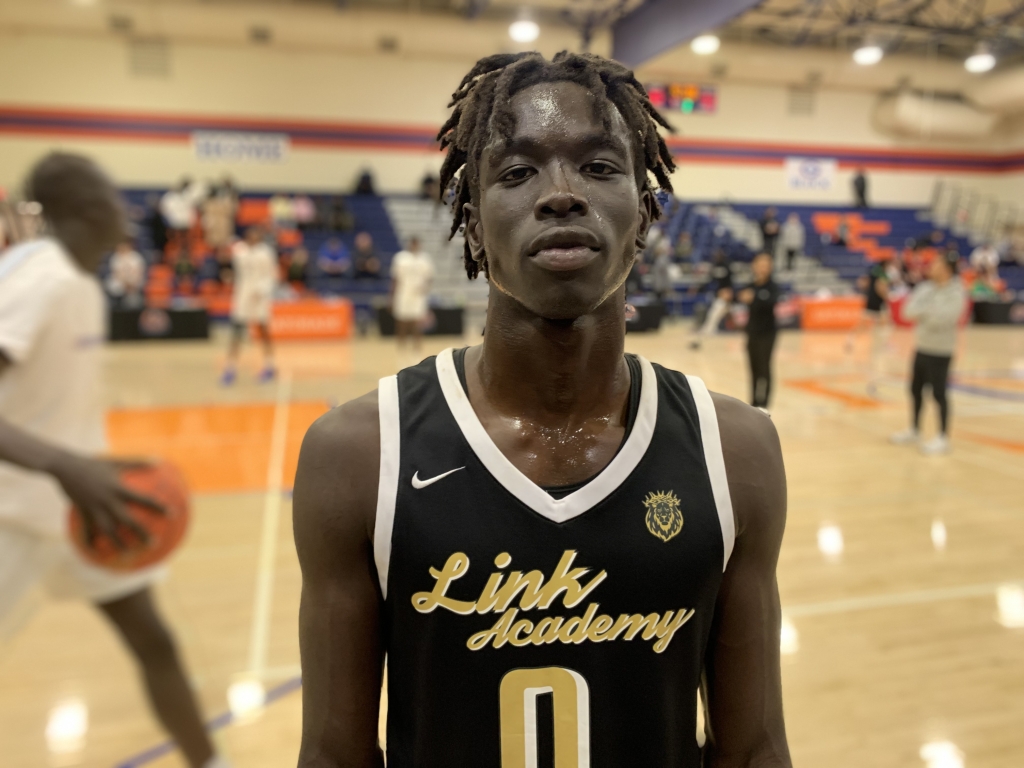 There was a wave of important commitments over the course of the last week. Let's take a look at five of the most important ones from my point of view. They span all levels of college basketball.

Izzo is one of the very few college coaches who could probably skip first night showings in recruiting, spending a weekend in the Upper Peninsula of Michigan with family and friends for a non-season getaway like some coaches do. But not Izzo. He was there. He was present for a guy that looks like the (sometimes) No.1 player in the class of 2023.

If there was a constant in Booker’s recruitment it was the Spartans sitting on the baselines and sidelines watching him play. No one was there more than the Spartans and no one, at least to me, was going to beat the Big Ten powerhouse. There were a lot of schools that came and watched but ultimately the Spartans reigned supreme.

Booker reminds me so much of Al-Farouq Aminu at the same age. We had Aminu ranked No. 7 overall in our final rankings for the class of 2008. Aminu was the eighth pick in the 2010 draft and has played in the NBA for a dozen seasons.

Like Aminu, Booker’s game comes and goes and consistency has been the biggest question mark that pairs with his undeniable talent. For Michigan State, they have the foundation player for a big-time run with Booker in the lineup. In the class of 2023, there aren’t too many players at the top who have the big pop ability that Booker brings to the table.

Suffice it to say, he’s one of the premier decisions in the 2023 recruiting narratives.

Iowa State had themselves a week on the recruiting trail when Omaha Biliew popped for the Cyclones. The in-state five-star prospect is the biggest pledge for head coach T. J. Otzelberger in his tenure in Ames.

Biliew is one of the most dynamic forwards in the class of 2023 and brings All-American level talent to the lineup. He gets better and better each and every year and three years from now we could be looking at a player who could be a guy that NBA front office people are raving about.

To date, he’s one of my favorite commitments in the class of 2023 and Iowa State is racking up one of hte most important classes in school history.

Another important player from the loaded Atlanta All-Stars club is off the board. Dylan Faulkner of Calhoun (GA) HS pledged to Lipscomb on Thursday. He’s the latest from the prospect-driven All-Stars club to pick a school.

Lipscomb, no strangers to plucking players from the Peach State, landed one of their premier targets in the class of 2023. The Bison were front and center with the Atlanta All-Stars all season long and got one of the more interesting forwards in the class of 2023. Faulkner is a good athlete with good explosion and good end-to-end stamina in game action.

Faulkner, a North Georgia product, will play across town from his running mate Brigham Rogers, who pledged to Belmont earlier this summer.

I think when Broom is in college and he’s going into his sophomore year, you’re going to read a story about “the best sleepers to watch this season the Sun Belt Conference” and Broom’s name will be on there. I’d agree with the premise of it but I also don’t believe that Broom is a sleeper.

In fact, I’d argue he may be one of the most important commitments in the 2023 class in the Southeast. South Alabama keeps an important in-state prospect home and they land a player who should be a multi-year starter and a key member of the rotation early in his college career. We are beyond high on Broom, ranking him No. 2 overall in the state of Alabama’s 2023 class.

When you look back at the Best of the South, you saw Illinois State head coach Ryan Pedon on the sidelines for darn near every Mid Pro Academy game. His objective was pretty clear - I am landing Ty Pence.

Pence was an important piece of the most impressive independent travel team in the country this season. He’s a terrific college forward prospect who should merge smoothly with the college game based on the success he has had with Mid Pro.