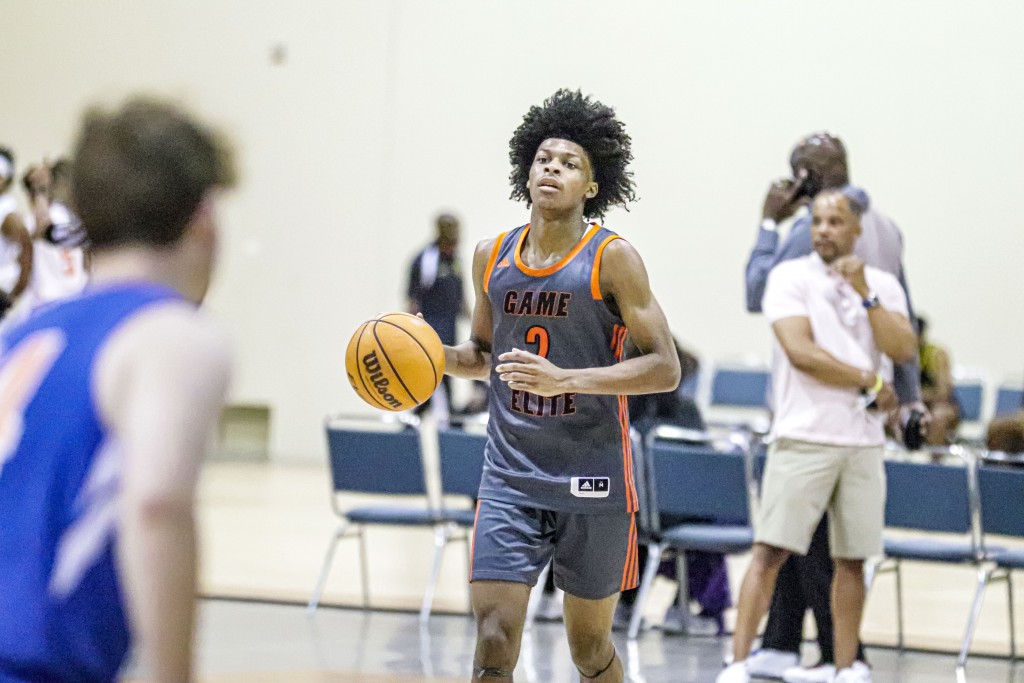 London Johnson has had a really strong spring for his Game Elite team. Already considered as one of the top guards in Georgia's 2023 class, Johnson has taken his game to the next step and it is not going unnoticed. With the extended dead period finally over, players are able to go visit campuses, and coaches are able to get back on the road - recruiting is returning to some form of normalcy.

Johnson was on campus at Georgia yesterday for his first unofficial visit. He stated that being able to meet Coach Crean and Coach McClain and viewing the training facilities were his favorite parts of his visit. Johnson also told me that Georgia is currently recruiting him the hardest right now.

"I definitely have a great relationship with Coach McClain," he said. "He's been recruiting me since day one. We talk about how the SEC is loaded from top to bottom."

Johnson also noted the relationships he has been able to build with Jonas Hayes from Xavier, Josh Pastner from Georgia Tech. Xavier is actually the hometown of his grandmother and his family spends some holidays in that area. On Pastner and Georgia Tech, Johnson said they often discuss how his size at the PG position will translate to what Pastner likes to run offensively.

Only a rising junior, Johnson has plenty of time to make his decision on where to attend school. His offer list is also likely to grow quickly as the live period gets underway. As far as the next couple of months, he plans to visit Xavier and Pittsburgh later this month. He also plans to visit Houston before summer is over.