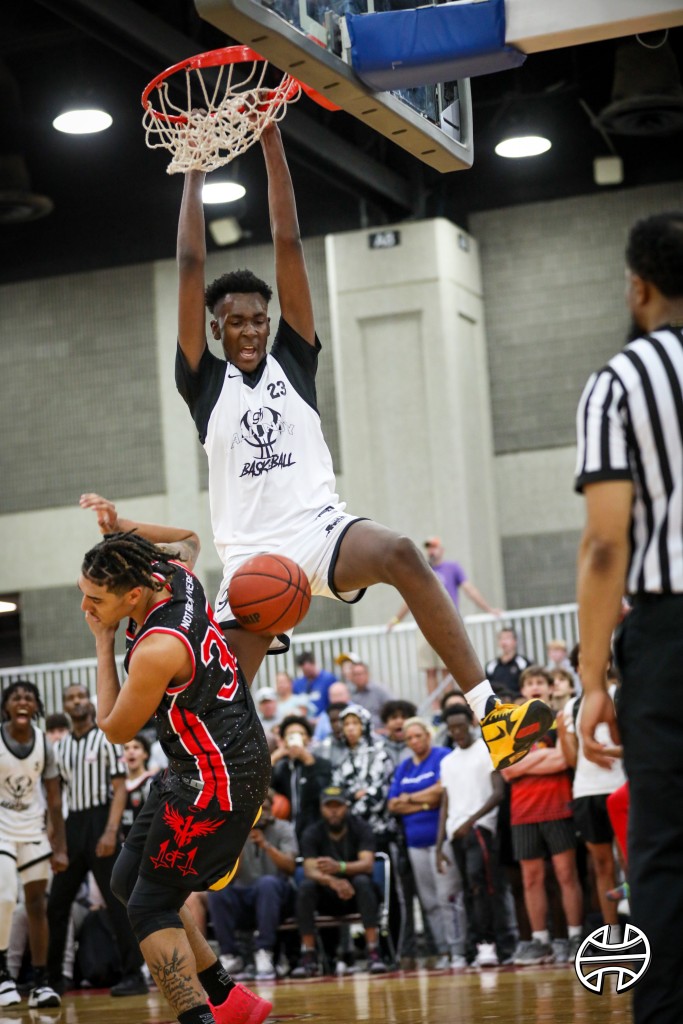 LOUISVILLE, KY - The action tipped off in a big way at the 2022 Grassroots Showcase on Friday night at the Kentucky Expo Center. With over 675 teams and 57 courts of action, there was a lot to take in. There was one match-up and one showing that stood out above the rest. Let’s talk about Xavier Booker of George Hill Indy Elite.

When you take a big picture view at the class of 2023, you know a lot of the names at the very top of the class. You’ve read them with a 1. Or a 2. Or a 3. Next to their names for years. DJ Wagner, Kwame Evans Jr. and Mackenzie Mgbako have ruled the realm at the top of the class for several years.

But are they locks for that top spot? Are they?

Let’s talk Xavier Booker in that conversation. Seriously. Let’s. The 6-foot-10 big man from Indianapolis certainly looked like a player who should be in the conversation for the class of 2023.

In a headliner match-up on opening night, Booker was paired with 1 of 1 big man Jordan Butler out of North Carolina. The court was overrun with fans wanting to see the action on the big stage. Booker didn’t disappoint. He pumped in a loud 27 points on an array of big-time plays. Booker scored on plays at and above the rim, knock down three-pointers and just about anything he wanted to do. As a rebounder, he grabbed everything.

When you take a big picture view of Booker, there is no reason to think he can’t be in the conversation. How do you really grade a team’s interest In a player? Just take a look at who is watching on the opening night of a live period. Tom Izzo of Michigan State, Juwan Howard of Michigan and Mike Brey of Notre Dame were all sitting on the baseline on Friday night to see Booker In action. Coaches from Duke, Purdue and Utah were also in attendance.

The tone was set, the message was delivered and those who saw what Booker and his teammates did on the opening night took note. That was made quite clear on Friday night.