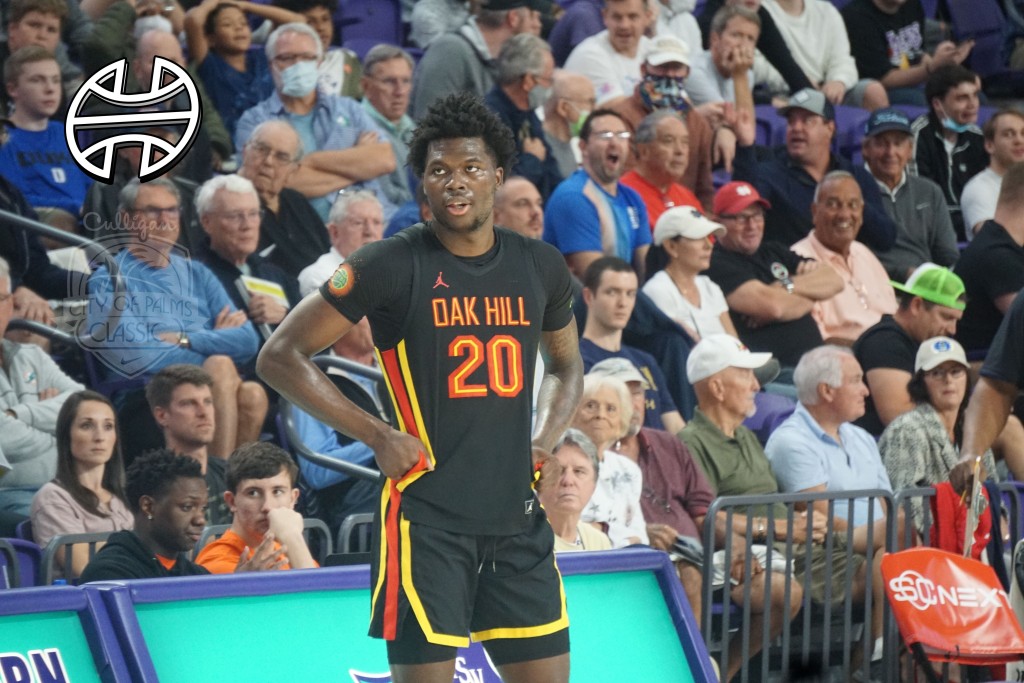 Day 5 of the City of Palms featured another championship being won, two semifinals showdowns, and a lot of high level player performances. I've got you covered with anything you may have missed from the full day of hoops.

AZ Compass Prep came into this event as a team that many thought should be in the traditional bracket. In fact, the Dragons were a shot away from taking down Montverde in the semifinals of the Geico Nationals. They looked all of the part of one of the top teams in the country in their win over Combine Academy to take the Signature Series Championship. Even without UCLA commit Dylan Andrews suiting up, the guards played well, showing their depth at the position. Auburn commit Chance Westry and junior Kylan Boswell controlled the pace of the game and made timely shots and stops on defense when they were needed. Lamar Washington also played a solid game. Junior Mookie Cook looked like the best player on the court finishing with 12 points and five rebounds. He made some plays that showed me why he is regarded as one of the top recruits in the 2023 class.

The 48th Champion of the City of Palms Classic will be decided between Montverde and Oak Hill. Montverde will be no stranger to this stage of this event as they have won it four times dating back to 2012. Oak Hill on the other hand, would be crowned champions for the first time if they were to win it. This one should be a really fun matchup. Oak Hill was hitting on all cylinders in their win over IMG in the semifinal. Chris Livingston was terrific. The Kentucky signee looked all the part of an All-American on his way to 22 points and seven rebounds . Judah Mintz continues to show why he is one of the top available seniors with his 19-point performance. His scoring and energy in the second half was just what Oak Hill needed to finish the game. Montverde is what we know they are - a top-2 team in the country. Even despite the two losses they have this season, the Eagles are still the best team in the country when they put it all together as a unit. The amount of skill and size they have is ridiculous. Dariq Whitehead has been playing out of his mind. Milton held a one point lead at the half and began the third quarter on a little run. Whitehead stopped all that, finishing the quarter out with three triples and a couple of tough twos. Jalen Hood-Schifino has also been playing well. This championship game will feature a ton of star power and two legendary coaches. I could see it going down to the wire.

Top Dogs of the Day

My overall top dog of the day would have to be Baylor signee Keyonte George. Despite IMG's tough loss, George played the best game I have seen from him. He had his way with every defender that Oak Hill threw at him. He really shined in the second half where he scored 17 of his game high 24 points including five of his six 3-pointers.

After a low scoring performance Monday night, North Little Rock's Nick Smith returned to form. He had nearly doubled his Monday night total by halftime in their game against Whitney Young. Finishing with 30 points, Young showed why he is considered one of the top scorers in his class. He shot it well from the perimeter and was relentless in attacking the rim.

The Whitney Young duo of A.J. Casey and Dalen Davis gave North Little Rock all they could handle. Casey was aggressive from the opening tip. At 6-foot-8, he has the length to be effective inside-out. The Miami signee finished with a 25 points and eight rebounds, and six assists. Despite his small stature, Davis plays like he is one of the biggest players on the court. This kid has all the tools that we love to see out of smaller guards. He plays under control, has a nice handle, good body control, and can score the ball. He finished with 24 points.

Dr. Phillips big man Ernest Udeh Jr. had himself a day. He finished with a MONSTER stat line of 23 points and 16 boards. 16 rebounds. You are not going to see many high school players pulling in that many rebounds, especially not when scoring 20+ points in addition. Udeh is regarded as one of the top rebounders in the country and he continues to show why. His energy on the boards has been unmatched from what I have seen from him dating back to the travel season.

Jaydon Young of Greensboro Day had an all-around impressive showing. The 6-foot-4 guard is a flat out shot maker with a nice feel for the game. The junior finished with 18 points and pulled in eight rebounds. One of the main things that stood out was the fact that he went 8-8 from the free throw line.