The Best of the Hoop Hall Classic West 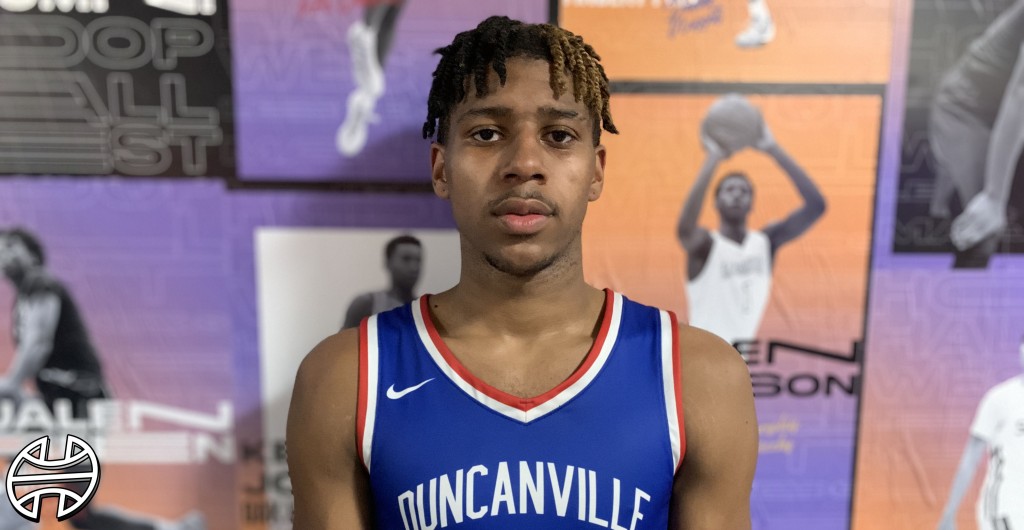 SCOTTSDALE, AZ - Four full days of action at the Hoop Hall Classic didn’t disappoint. Let’s run through the Best Of from this year’s major stage in the West.

Duncanville’s 67-66 win over Montverde on Thursday night was worthy of all of the wow that the high school basketball community could muster. A buzzer-beater from class of 2023 guard Aric Demings gave the Dallas area school the win with all eyes watching. Demings was brilliant in the victory, drilling the winner as the clock wound down.

The blue-jerseys rushed the Duncanville bench, swarming around Demings and placing the hero’s crown on his head.

The road to the winner’s throne wasn’t an easy one, however. Montverde, no strangers to the conversation of being the No. 1 team in the nation, came out strong against the powerhouse program from the state of Texas.

After the first quarter, the size and depth of the Florida program was too much to handle for the Lone Star State squad. It was 21-8 after eight and it looked like this game could be over before it even started.

That’s when we saw the pivot of the Duncanville offensive attack shift away from rim-attacking to three-point shooting. Ashton Hardaway and Demings got hot and shifted the game back towards the Panthers. Make no mistake about it, Montverde battled back and made things quite difficult to win.

But ultimately Duncanville claimed it on Demings shot.

Duncanville, a traditional public school, now has wins over Wheeler (GA), Centennial (CA), Sierra Canyon (CA) and Montverde (FL). That’s quite the resumé before the back half of the season.

For Montverde, this is the first time the Eagles have had two losses before Jan. 1 of a season since 2011-2012. The loss was also the first to a traditional public school since 2018 when Florida program Admiral Farragut won on Jan. 11, 2018.

After all of that, is it any wonder that Demings is that guy who fits this category? Coming into the event, the 6-foot junior guard was known as a nice role player for the star-studded team from the Dallas area. His recruitment included offers from Morgan State and Texas Rio Grande Valley with interest from Oakland.

That could change after what we saw from him in Arizona.

Sure, the shot-making was outstanding. Like, outstanding. But his defense was off-the-charts. His work against Indiana-bound Jalen Hood Schifino was a difference-maker. Hood-Schifino didn’t score and turned the ball over five times. Demings was a man on a mission.

Truth be told, he played like one of my favorite mid-major steals from the class of 2022 Cam Amboree, who is headed to Oral Roberts.

AZ Compass Prep head coach Ed Gipson may sweat more than his entire team. Combined. The loud and engaged leader of the Dragons demands a lot from his team and nowhere more than on the defensive end of the floor. He’s asking for his team to guard from tip to finish like the game is a one-possession battle in the title game.

That’s why the Dragons are the top team in high school basketball. There are hockey waves of subs and the second five is just as effective as the first.

Just when a team feels like it has a shot to make a run, the length and pressure forces a missed shot or a turnover, or a quick possession that leads to a fast-break bucket. That’s the chokehold. And that’s why Gipson will test the technology of his Nike Dri-FIT golf shirt.

The intensity sparks the offense. And there are plenty of weapons. Over the course of the Hoop Hall Classic, we saw stardom from Dylan Andrews, Chance Westry and Kylan Boswell in the backcourt. Mookie Cook is playing his best ball of the young season.

The defensive intensity of AZ Compass Prep. Coach Ed Gipson demands a lot from his men in green and gold from tip to finish. When the Dragons are breathing the hottest fire, they are guarding hard from end to end, the Chandler, AZ team justifiably look like the No. 1 team in the nation.

BEST HE’S WHO WE THOUGHT HE WAS

Duke-bound Dariq Whitehead is the clear cut top dog for this Montverde Academy team. After years of being around all of the elite-level talent at the Florida powerhouse, this year is Whitehead’s club. He’s been primed for it.

What we saw from him in Arizona was sheer star power. He’s the prototypical power wing that should remind some Duke fans of Gerald Henderson. Whitehead was the most consistent and toughest player to contain in the field. He played like the top 5 player that he is, and truth be told, he could be underrated in that conversation.

The Hoop Hall Classic provided recruiters with a lot of options in the unsigned senior category but the guy who helped himself the most was St. Mary’s (AZ) wing, Garrison Phelps.

We wrote about him after the first night of action and still feel the same today that we did when we saw him live - he’s a great target for the mid-level basketball programs in college hoops. Bouncy and physical, big and strong, Phelps has the attributes that college programs are finding in transfers. His skill set - particularly his three-point shot, was on full display at the Hoop Hall Classic, perhaps answering any questions that programs may have about his game.

The bottom line is this - he set himself up for success on the recruiting front and continues to move in the direction for a very active recruitment into the 2022 calendar year.

We saw a number of talented young prospects at the Hoop Hall Classic but two players from the class of 2025 really stood out - Koa Pete of Gilbert (AZ) Perry and Bryson Tiller of Atlanta (GA) Pace Academy.

You probably already know these names and their games. Pete was impressive at the Footprint Center on Saturday night against Sierra Canyon on the big stage in front of the big names of the game. He’s a big, strong, tough presence in the paint and he continues to justify the early praise with his game.

Tiller, the stud of our Elite Preview camp in the fall back in Georgia, could be one of the most impressive players when we get to their senior season of high school hoops. Tiller has all kinds of upside. The more we see him at the national level against national foes, it becomes easier and easier to see him in the truly special category for the class of 2025.