Border League: Studs rise up, others start their stories 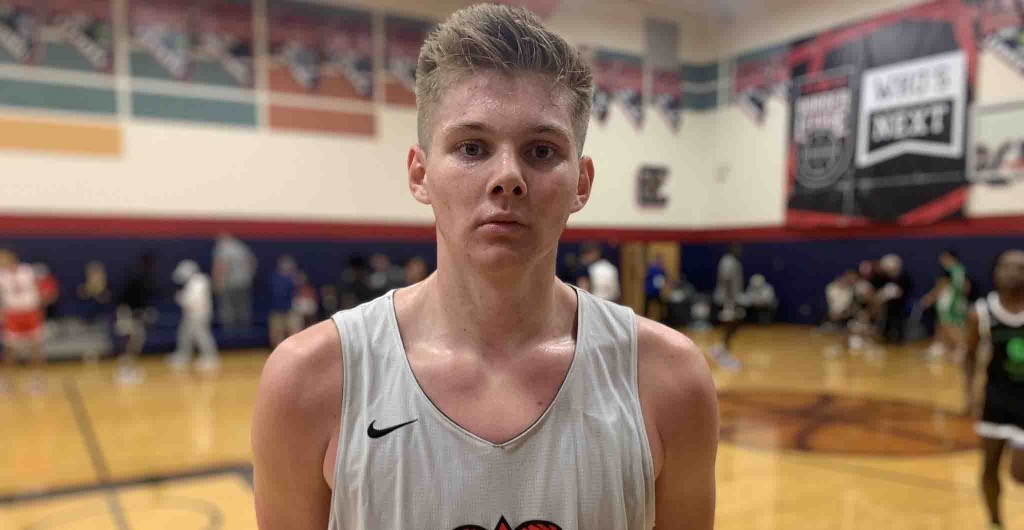 Border League: Studs rise up, others start their stories

HENDERSON, NV - Saturday at the Border League meant action some high-level games, some new faces and a look at some of the best young players in the West. Let’s dive into a busy day around Vegas.

Kijani Wright, Sierra Canyon (CA): In Vegas, big numbers are all of the rage. So try this one on: 26 rebounds - 13 on both ends of the floor for the future Southern Cal paint monster. Paired against the incredible length of Dream City Christian, Wright had his hands full for the nightcap of Saturday night at Coronado High School. The twin towers of Shawn Phillips and Yohan Traore is a difficult draw for anyone but the man child Wright was up to the challenge. He stood his ground amongst two guys longer than him in the post. Sure, he struggled to scored (6-17 FG from the floor) but he kept those second chance opportunities alive for his team of great guards. Wright’s tenaciousness was incredible in a game that was physical and back-and-forth. In a three-point win, that kind of effort is not only an equalizer but a tipping point. Wright cashed in on Saturday night.

Shaedon Sharpe, Dream City Christian (AZ): When you’re the top player in the class of 2022, the words that are used when reporting about his gameplay seem repetitive. Saying you’re the best player in the class can be redundant. So, let’s dive a little deeper into his game and what he does with his unique athleticism. Sharpe’s biggest growth over the last 12 months is his smooth rise and fire game from three. It’s a quick lift and high release that is now becoming a three makes a game kind of threat from deep. He’s becoming a major weapon as a three-point shooter. Against Sierra Canyon, Sharpe had a moment that felt somewhat similar to what we saw from Jaden Hardy last year. Sharpe is starting to comprehend what it means to be the top dog and he’ll have some moments where you’ll just be left in awe. Hardy had the same ability at this age, and particularly on this Border League stage.

Jaxon Kohler, Southern Cal Academy (CA): The Michigan State bound big man leans into his throwback flavor and just out moves his competition in the paint. Pivot, pump fake, fade away and pick and pop is his game and paired against St. Mary’s out of Arizona, the Utah native went to work. Kohler is one of the premier low post threats in the class of 2022 and his game is a weapon as a pick and pop big man shooter. If he shows up on Oct. 31 with a Timberwolves 42 jersey with LOVE on the back, respect his appreciation for such a game. Kohler continues to be one of the most productive guys in the class at his position.

Baye Ndongo, Colorado Prep: There wasn’t a bigger or better blow up guy I saw on Saturday then the new post player for Colorado Prep. The native of Senegal was really impressive for his team in a morning win over Harvard Westlake. There were moments on Saturday that he looked like a guy who will bring on a host of high-major schools to see him and recruit him as a priority four man. Ndongo flies to the ball as a defender and works well as a rebounder and rim bender. This was a great first impression for us.

Garrison Phelps, St. Mary’s (AZ): The high-flying wing is a heat skiing missile to the basket and can shine when it matters in the clutch. He’s primed for a big season for one of Arizona’s real powerhouse programs. His athleticism is among the very best in the state of Arizona. Montana and Oakland have offered. St. Mary’s will play an aggressive schedule that will take them all over the country this season. Don’t be surprised to see his recruitment take on more schools from all corners of the country.

Timofey Rudovskiy, Sierra Canyon (CA): After watching him on two consecutive days, I have a feeling the Russian import is going to find his way to hushed conversations with college coaches that think they have a sleeper on their recruiting board. The 6-foot-7 guard is a buttery smooth shooter with great size and a high, quick release from the wing. He’s the guy they draw up three-point makes for.

AJ Labeau, Idaho Select: The 7-footer from Boise will be a player to keep a close watch on in the year ahead. He’s a long and agile post player who is starting to come into his own out of the class of 2023 in the Northwest. A year from now, we could be talking about a really interesting player when it comes to the amount of growth in his game. He said he’s heard from Illinois, Boise State, Idaho State, Montana State, Colorado State and Wisconsin.

Isaiah Elohim, Sierra Canyon (CA): Yes, I wrote about him yesterday but I can’t stop now. He’s been one of the true elite guards at the Border League and the class of 2024 prospect is showing why he’ll be counted amongst the very best nationally. There is an it factor to him that you can count on down the home stretch and in a terrific and testy game against a great Dream City Christian team, the sophomore guard had himself a night on the big stage.

Liam Campbell, Idaho Select: The class of 2024 guard has enjoyed a great run since the spring. The new Idaho implant is a keep-the-foot-on-the-gas kind of guard that can log productive minutes from both backcourt positions. He’s a confident rim-driver and loves to put pressure on the opposition with his constant attack. Originally from California, Campbell has been a key reason this Idaho group continues to stack up wins. They’ve been a problem for teams in the West because of their great base of fundamental skill and competitiveness. The 6-foot-3 guard has picked up offers from Montana, Montana State, Portland State and UCSB and has interest from Boise State, Stanford and Utah.

Tee Bartlett, Mater Dei (CA): The big fella in the middle of the Big Red machine will instantly catch your eye. The class of 2025 paint filler catches your eye the minute you see the team warm-up. He’s built like a franchise left tackle prospect and should be a player to keep your eyes on in the years to come. His hands are soft and his touch is equally impressive. He’ll need more reps and soak up the coaching that comes his way. The size and tools at this stage of his game are really attractive.