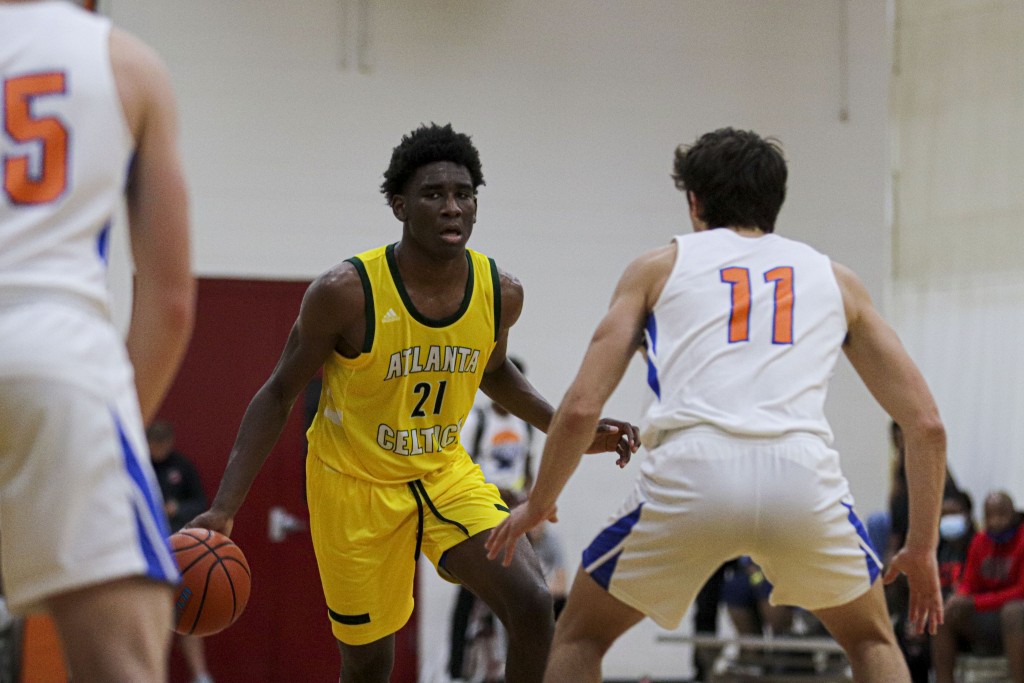 ORLANDO, FL - Yet another NBPA Top 100 Camp is in the books and these kids competed from start to finish after a full month of playing in live period events. Each position was loaded with high level players that we will surely be seeing have success at the next level. Here, I will take a look at the top-3 players at the forward positions.

Kaleb Banks, 2022, Fayette High School: The Indiana commit was one of the most productive players in attendance at the camp. Banks finished in the top-15 in scoring, rebounding, FG percentage, steals, 3PM, offensive rebounds, and minutes played. At 6-foot-8, he has all of the tools to be a really good player at the next level. Throughout the camp, he showed flashes of the type of offensive skill and capabilities he has. Averaging, 11.8 PPG, he helped lead the Hawks to a championship.

Gradey Dick, 2022, Sunrise Christian: This was another one of the most productive players at the camp along with Banks. The 6-foot-7 Kansas commit showcased his ability to do some of everything on the court. In fact he was the only player in attendance to finish in the top-15 in points, steals, assists, rebounds, and blocks. Dick led the camp in the very important assist/turnover ratio category with a ratio of 16:0. In the 16 assists he dished out, he only committed one turnover.

Jett Howard, 2022, IMG Academy: Howard made his case as the top overall SF at the camp. He looked really good in both 3x3 and 5x5 game play and showed his ability to score on different levels. Howard finished 6th in scoring (11.4), and finished top-10 in both 3PM and 3-point percentage. He was without a doubt one of the top overall playmakers in attendance which earned him a spot on the All Star team.

Noah Clowney, 2022, Dorman High School: Clowney has seen his stock rise arguably as much as any other player in the country during this travel season. At 6-foot-10, he has great size and athleticism at the PF position. He has the potential to be a high-level rim protector and has shown his ability to score with his back to the basket. On his way to earning a spot on the All Star team, he finished in the top-20 in scoring and rebounding, second in FT percentage, and fifth in blocked shots.

Yohan Traore, 2022, Napa Christian: There was not a player that had more buzz around his name throughout the week than this kid. There were a number of stretches in game play where he was absolutely dominant. He scores the ball with a lot of efficiency, runs the floor well, and has nice hands and touch around the basket. His ability to step out and create around the perimeter made him stand out. Traore finished third in scoring (12.4 PPG) and was named to the All Star team.

Jarace Walker, 2022, IMG Academy: Walker was one of my favorite players to watch play at the camp. He is one of those high-energy, infectious players that teammates feed off of. His motor jumps off the court at you while watching him play and his production was evident by his numbers. Finishing in the top-15 in scoring, rebounding, assists, and 3-point percentage, he showed he can consistently produce against top competition. With his strong, athletic frame, he had a lot of success attacking the rim and even in the mid range game.