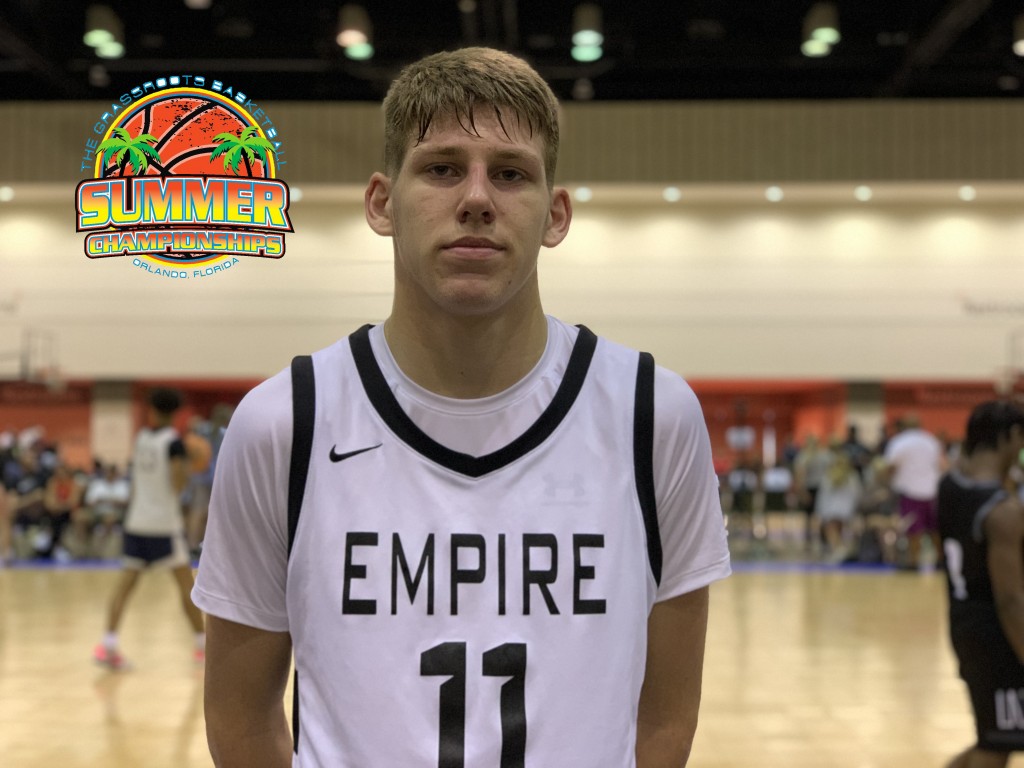 ORLANDO, FL — This is the last AAU event of the season for most. This is where we’re determining the best independent teams in the country, so you know the stage is big and the lights are bright. Throughout the weekend, we’ll find out who rises to the occasion. Because the 17U group will be moving on after this weekend, I spent Friday watching the 16U group closely to see who will be stepping into those shoes next season. Here are some notes from what I saw:

Allstar Future: At this point, the Atlanta Allstars have built a brand as one of the premier independents in Georgia. They pride themselves on defense, effort, and unselfish play. For those who have spent some time watching the 2023 bunch of Allstars, you know how well this group embodies the program as a whole.

The 16U Allstars opened their weekend with a 70-62 win over Wisconsin Blizzard. Balance was the name of the game for the Allstars in this one. Every player got on the board. Three of them finished in double figures, and six of the eight players finished with seven or more points. Brandon Rechsteiner led the way with 16, Brigham Rogers followed up with 15, and Mason Etter added 10.

As is the case with most Atlanta Allstars teams, this group is loaded with intriguing college prospects. Colleges are starting to take notice of the talent on this team, and I expect that buzz to continue to grow as they traverse through their high school seasons into next travel season. I can’t wait to see this bunch play in the 17U age group next season.

The top seeds of the 16U bracket are tough this weekend, and these Allstars provide as formidable of a challenge as anyone.

Building an Empire: The 3D Empire program is ridiculously strong. We all know about the highly-touted 1U group, but their 16U team is as fun to watch as anyone else playing in Orlando this weekend regardless of age group. Seriously, I’m imploring everyone to check them out if you aren’t familiar with them already. I’ve seen the last three games they’ve played, and they’ve impressed in all of them.

Gehrig Normand is a player that more people need to be seeking out. He’s impressed our staff as much as anyone in recent weeks. He’s got good size at 6-foot-5, he’s athletic, and he can shoot. I fully expect hit recruitment to skyrocket soon. Normand isn’t the only guy to watch on this team though. Bobby McWard has had some incredible shooting performances in the games that I’ve seen them play. Sammon Johnson has been tremendous as well. He may have the highest ceiling out of anyone in this team.

If you’re in Orlando and looking for a great 16U team to watch, I’d recommend 3D Empire. They’re a serious championship contender this weekend.

New Dunk City: We’re not too far from FGCU right now, but MidPro Academy’s 16U team is making a case for them to be considered the new Dunk City. My first exposure to this team was watching Ethan Kizer’s hair flow through the air like a cape on a superhero. The next thing I saw was Kizer hanging from the rim.

Today he did more of that, and so did the rest of the guys. Midpro spent a lot of time rattling rims this morning. During their game, someone leaned over to me and said, “has everyone on the team dunked already?” It certainly felt like it. I should have kept a counter going, but I just thought of that right now. Next time.

This is one of the best 16U teams here this weekend. They very well may be the favorites to win it all, and they started their weekend off by putting on a show.

As someone who is both (extremely) vertically and athletically challenged, maybe I could get up there if I put on a Midpro jersey.

Tiger Tough: You want to know one program that I have had a great time following this season? The Tennessee Tigers. I’ve gotten to see the 17U team several times, but I have only seen the 16U group once or twice before. Today, I got to catch them in a fun overtime game against the Illinois Jaguars.

This was one of those gritty, tough wins that the program seems to have built a reputation on. Jack Fry and AJ Nash were enormous in the game. Fry finished with 20 points - a lot of which came during winning time when the game was in the balance. Nash added 17 and had a great outing from beyond the arc. He finished with four-made 3-pointers.