Duren, Texans shine on opening night of the @PangosAACamp 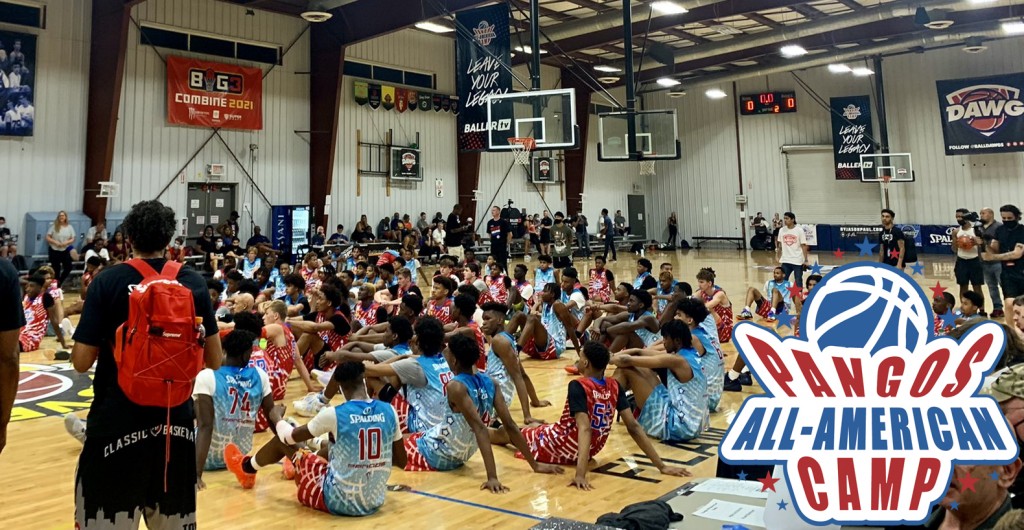 Duren, Texans shine on opening night of the @PangosAACamp

LAS VEGAS, NV - Opening night of the annual Pangos All-American camp and the stage was set for what should be a good run of in the coming days. The gym was filled with scouts from all levels and the talent was itching to get on the floor. Let’s dive into the quick hitters from Sunday night.

DUREN DOES HIS THING

With a throng of NBA execs and scouts watching, Jalen Duren gave a nice reminder as to why he’s now being considered as the No. 1 player in the class of 2022 nationally across all of the opinion-makers. He sits on top of our No. 1 spot for the class of 2022.

Duren’s strength has always been his defensive ability and his sheer presence in the middle of the floor. He’s an elite shot-blocker and vertical problem for anyone that tries to come to the rim and score. Duren plays emotionless but intimidating. It’s quite a thing to see. He’s the best interior defender in the class and that was the thing that stood out the most for the pro-level watchers.

We saw him catch-and-shoot a couple of three-pointers and thrive as a passer. HIs feel is off the charts and he never looks like he’s using any energy in his domination. He was a cool double-double and played the role of the bar-setter quite well on opening night.

The state of Texas was well-represented on Sunday night at the Pangos All-American camp.

And in no surprise to us, Anthony Black played like a five-star guard. The stud guard from 3D Empire travel team - arguably the best independent team in the country - Black, showed what we’ve seen from him all season long. He showed that his value can be stretched over three different positions and he’s productively effective in every category. We saw great minutes from him as a point guard. Black’s understanding of the game has already created a gap between him and his peers on a stage like this.

Black, who is a top 25 player in the nation from our point of view, also showed his shooting touch, elite skill as a rebounder and thrived as a rebounder that can start the break in a hurry. You could say that he’s off to a hot start here but he’s staying in line with what he’s been doing for quite some time.

There’s no secret that Keyonte George can get buckets. In fact, he’s probably the best in the country at tallying up the scores. Scoring doesn’t take work for the strong-bodied and bouncy guard from the Lone Star State. If you need a bucket, few guys do it better than him in prep basketball. George - who is flirting with a top 5 overall spot in our national rankings - set a high bar for his week here in Vegas. On the recruiting side, keep close watch on the entry-level pro teams for George.

Class of 2023 big man Tyler Smith was an eye-catcher on opening night. We saw some high-level action from him. The long 6-foot-9 four man from Houston played with purpose and opened up his motor to allow max effort. We saw a rather unguardable three-point shot from him, as he knocked down a pair of pretty triples. This was my first time seeing him play in person and the first impression says no-brainer top 25 level player. Looking forward to seeing him again.

Zion Cruz shined at the TB5 Opening Day event back in the spring and showed why he’s considered one of the best bucket-getters in the country. On Sunday night, he was exactly that again in the opening game of action.

The Patrick School (NJ) guard is a monster when he is in attack mode. He powers his way to the iron and challenges defenders to step in and try to slow down his attack. There is a reason why high-majors in every time zone are involved with him. He’s an all-conference level player at the college game because of his ability to score tough shots and his score from anywhere on the floor style of game.

Some quick hitters from my eval notepad:

For the first time in a year and a half, there was a full gym full of decision-makers, trend-setters and narrative creators. The entry-level pro leagues were quite present and nearly on every court at the Tarkanian Basketball Academy. Sure, the NBA was well-represented. But you could find representatives from the G-League and Overtime Elite in the building, too.