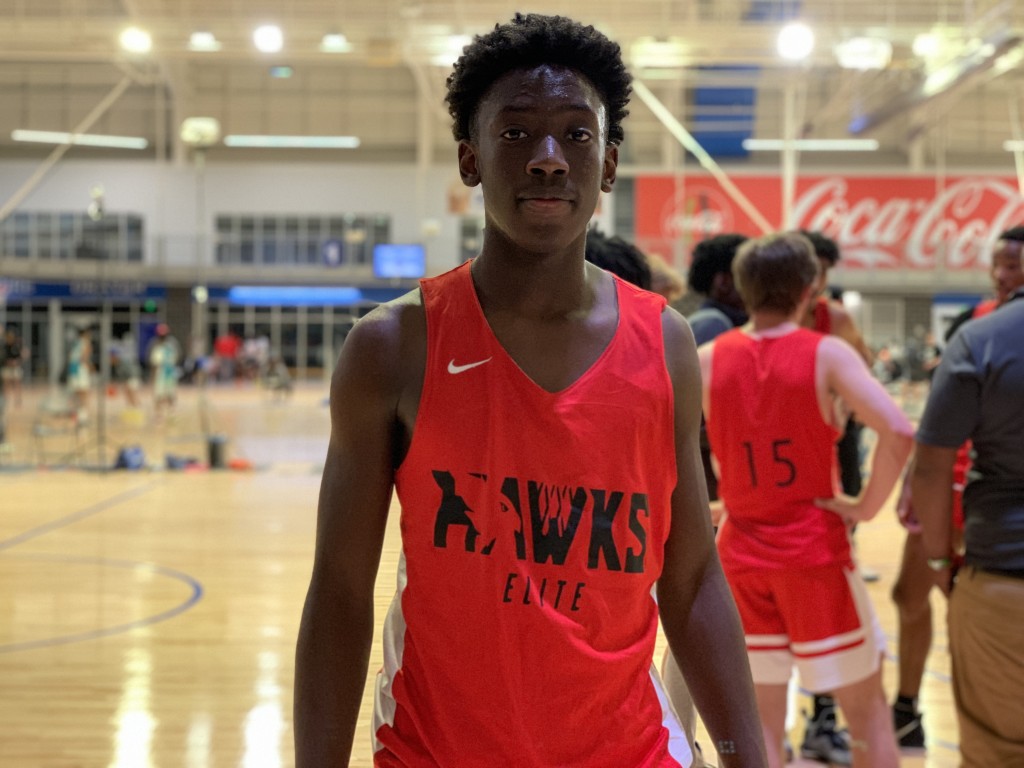 Another tremendous day of hoops has wrapped at the Finley Center. The second day of the 2021 Bama Jam was packed with non-stop action.

Here are some quick notes from the day:

Big Day For Bigs: During a time in which being a big is drastically different than it used to be, Bama Jam has some big fellas that are drawing eyes to them in a variety of ways.

First off, Tennessee Tigers’ David Craig stands out above the rest because of his 7-foot-1 frame. When he’s on the court, he’s nearly impossible to keep off the glass. When he gets the ball in the paint, there’s nothing that opposing defenders can do besides foul him.

Another one of the day’s best big men was Atlanta Allstars’ Tony Carpio. The 6-foot-9 forward plays like a more traditional big. He’s at his best when he’s bumping and bruising in the paint. According to Be the Beast, Carpio has averaged 15.7 points and 8.7 boards thus far.

One more guy to mention is Pro One’s, Will Shaver. Shaver plays like a more modern big. He had a 30-point game in which he did a little bit of everything for Pro One. He hit a few 3-pointers, made some tremendous passes and pulled some boards. Overall, this performance was one of the day’s best.

JC Ducks vs Starkville Swish: Like I mentioned yesterday, I wanted to keep an eye on the Ducks because of how well they had been playing recently. In their game on Friday, Chaydon Stone finished with a triple-double, so I made sure to check this game out.

The Starkville Swish narrowly pulled out a 71-69 victory over the Ducks, and man, it was a wild game.

The Ducks started out well. They took an early lead and looked like they might run away with the game. Then, the Starkville Swish made a push and eventually took the lead.

After they took the lead, they pushed it out to double digits, and it looked like it was over in the second half. But, the Ducks went on a run that eventually ended with them tying the game at 69 with mere seconds left on the clock.

The Swish were fouled on their last possession and iced the game with a pair of free throws.

MJ Jones’ Second Half: In one of the last games of the night, Norcross Heat and Hawks Elite played a tense game throughout the first half. Hawks Elite started to pull away late in the first half, but the game got out of hand in the second half when MJ Jones went out of his mind.

An Addendum: Aidan Hadaway continued his phenomenal outing at Bama Jam today. I wrote about him in my notebook from yesterday, and you can find that here.

As I mentioned yesterday, his stock has dramatically risen recently. Today, I got a chance to speak with Aidan briefly, and I asked him about his recruitment.

He’s been in communication with a number of high-major schools like Georgia, Georgia Tech, Virginia Tech and others. While they’re just preliminary talks now, the offers will start rolling in sooner than later.

A Side Note: It wouldn’t be right to talk about Saturday’s basketball without at least making mention of Jalen Suggs’ shot. That was one of the most incredible moments of the last 20 years of basketball. I know I’ll never forget getting ready to leave the Finley Center for the night while watching that shot on my phone. That was the cherry on top of an amazing day at Bama Jam.