Montverde beats IMG at The St. James NIBC Invitational clash of the titans 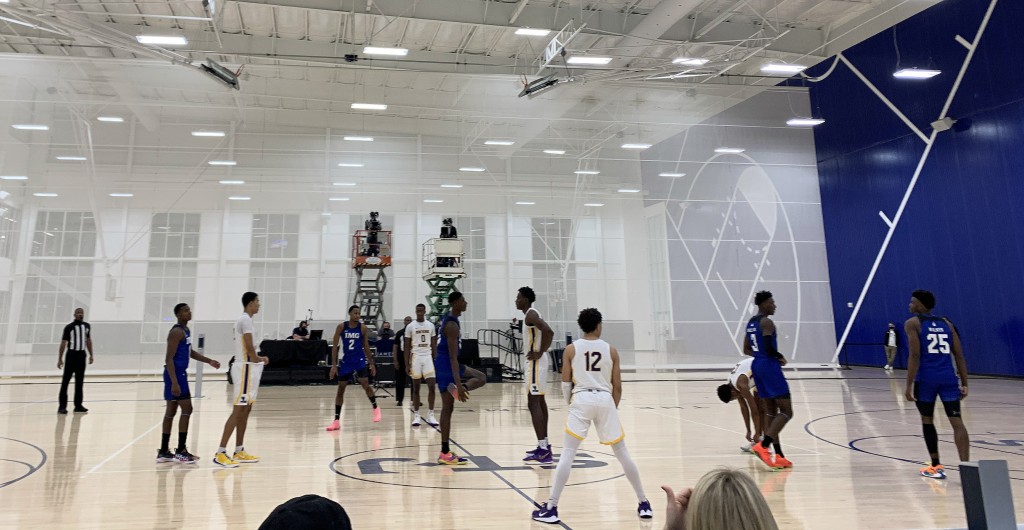 SPRINGFIELD, VA - As usual, the pairing of Montverde and IMG drew the attention of the country on Sunday night as the Florida powerhouse programs squared off against each other at The St. James NIBC Invitational.

THE BIGGEST STAGE OF THE HIGH SCHOOL SEASON DIDN’T DISAPPOINT

With a prime time game on ESPN, the two best teams in high school hoops locked horns in the annual game of basketball prospect Costco. With college-level players filling all 10 spots on the floor, you knew the tussle between Montverde and IMG would be a good one.

It certainly was on Sunday night the gorgeous St. James Court House.

Montverde Academy held off a ferocious attack from IMG, winning 55-51 in a back-and-forth battle until the very end. How did it happen and who stood out? Let’s dive into it.

Creighton’s backcourt is in good hands as Ryan Nembhard is one of the four important members of the Bluejays incoming class. In this heavyweight fight of the event, Nembhard was the smartest player on the hardwood. His passing and pace calmed down his team when the intensity ratcheted up. Right play, right time - that’s always been his value and now that he’s in the final months of his prep career, the experienced gained from games like this at a program like Montverde should pay dividends at the next level.

Also collecting positive plays in positive minutes is 2022 guard Dariq Whitehead. The Northeastern native racked up six assists and his energy never relented as an attacker. Together, the passing and decision-making of Whitehead and Nembhard helped keep the Montverde offensive attack together.

Jalen Duren, the No. 2 overall player in the class of 2022 and the most physically imposing star in prep hoops, had six blocks and a sheer presence that kept the IMG frontline away from the rim for nearly the entire game. Rebounding comes easy for him. It certainly did in this match-up, too. His sheer presence takes points off the board for opposing teams at this level.

Caleb Houstan's clutch free throws ultimately proved to be the difference-maker. The future Michigan Wolverine sank 8-11 attempts from the free-throw line. Always calm, Houstan seems to be founded upon a peace of mind that can handle the rigors of big games and intense settings. His cool shooting will be his calling card in Ann Arbor and beyond. Sometimes the best talent is just being ready for the moment. Houstan certainly fits that train of thought.

For IMG, they found themselves behind the eight-ball from the get-go. Down 15-5 after 1, the Ascenders had to battle back in a big way.

They did so with defense and energy from Texas-bound Tamar Bates. IMG leaned on their high-energy guard’s play to battle back in the first half to close the gap to a six-point game at the half. Bates hit three three-pointers in the second quarter and gave his team the energy they needed to put their team back in a position to fight going into the final 16 minutes of action.

That’s been the book on Bates all season long. He’s an infectious high-energy guy who can turn the energy level up in a hurry. He’s terrific in that regard. Every time we see him, we like more and more. Expect a rise in our next rankings shuffle. Bates finished with a loud 17 points in the win.

In the fourth quarter, IMG got within three points of Montverde thanks in large to play of Bates and Jarace Walker, who was outstanding in this match-up. The class of 2022 wing from New Freedom, PA wrapped up the day with 14 points, nine rebounds and three steals in the biggest game of the year. His recruitment has a national flavor, as you’d expect, and his game has some Tobias Harris flavor to it.