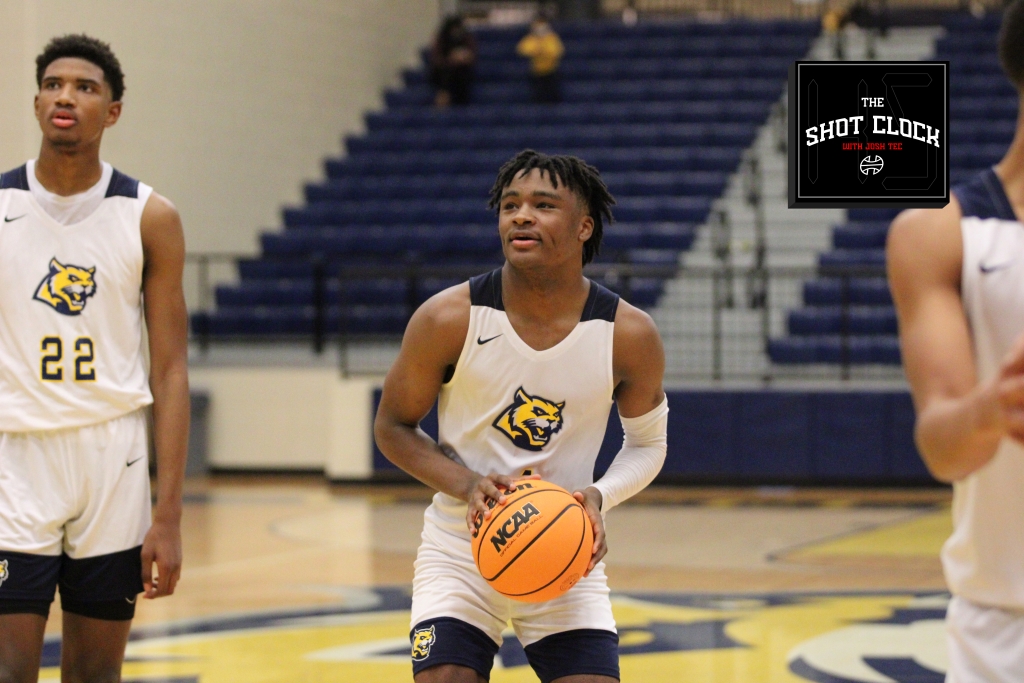 Happy Monday! Welcome back to another edition of The Shot Clock. I’m here to help you pass the time as time whittles away to the weekend!

Behind the scenes here at HoopSeen HQ—and the various satellite offices around the country—we’ve been honing in on national rankings. That’s where the focus of this week’s column will be.

Because of the hubris in this weird world of ours, rankings always provide polarizing results. To those who feel slighted, they don’t mean a thing, they’re stupid, and the people publishing them don’t know anything. Those who feel appropriately accounted for present the opposite world view. As is the case with most aspects of life, the truth lies somewhere in the middle. Rankings do have value, but they don’t mean everything.

With that said, let’s get into some of the discussion around what you can expect to see when we begin our rollout.

Collier started making a strong case for the No. 1 spot in the spring with TSF. He was playing as well as anyone in the country, and what made his efforts even more impressive was that he was doing it while nursing a small but nagging injury.

When Collier elected to spend most of the summer taking time off to heal, he was already hanging around the top 5 in most discussions regarding the top of 2023. Then, GG Jackson reclassed to 2022, and nobody else made clear and convincing cases to sit atop the mountain.

Since returning to action, Collier picked up back-to-back MVP honors at Steph Curry’s camp and the UAA Elite 24 event. Without wasting time, Collier immediately thrust himself back into the conversation as the country’s best 2023 prospect.

While he won’t be No.1 in HoopSeen’s upcoming update, he has vaulted to the No. 2 spot, and he’s clearly separated himself as the best point guard in the class. Heading into the fall, it won’t take much convincing to vault Collier even higher with the next update. With the way he’s taken command of 2022, there’s no reason to think that his trajectory won’t continue upward.

Wheeler figures to be among the best teams in Georgia as they return to 7A this season. Collier will have plenty of opportunities to assert himself as the class’ best player.

2025 looks as bright as the Florida sun

Florida looks to have the early advantage in this class. Of our top 30, seven are from the Sunshine State. One thing that’s notable about Florida’s 2025 class is that it seems to be heavy on versatile guards, wings and forwards.

At the top, Cameron Boozer and Cooper Flagg have separated themselves as the class’ top two prospects at this stage. Both are forwards around 6-foot-8 or 6-foot-9 with well-rounded games. Pairing their physical tools with their ability to check the pass-shoot-dribble boxes has turned them into household names already.

Elsewhere, guards like Jamier Jones, Cayden Boozer and Shon Abaev are all 6-foot-4 and above and each has standout qualities that highlight their games. Jones is an elite athlete who plays above the rim, Boozer is a high-level defender who may be the best in the class in that regard, and Abaev is an exceptional passer with a quarterback-like ability to see the floor and deliver on-target passes.

To add even more depth to this class, there are several players—who will be among the first names added when we expand the rankings—who could be a part of this discussion in the future.

What to do with pro options?

An interesting wrinkle to the already arduous task of assigning rankings has been how to tackle players electing to bypass their remaining high school years, or college, for the newer professional options. Should those players still be taken into consideration when it comes to class rankings?

It’s already difficult enough to take transfers into consideration. Player X spent most of his life in state Y, but then he transferred to a prep school in state Z. We all know player X is from state Y, but he currently resides in state Z thus he represents that state for the time being in the rankings world. It’s accepted and normal to just abide by the it’s-not-where-you’re-from-it’s-where-you’re-at mentality, but it still feels off sometimes.

Will a similar level of acceptance come with professional routes at some point? Right now, it feels like it’s still up in the air. Everyone has their own philosophies which make for great gym discussions.

At HoopSeen, we’re just going to keep players in their respective classes for now. Matas Buzelis is an example of a player who is joining the G-League Ignite, but we’re keeping him in the class of 2023.

When it comes to Overtime Elite, we’re almost adopting a prep-school approach. Naasir Cunningham from New Jersey signed with OTE, so we have updated his home to Atlanta, and he will be a representative of Georgia while he resides here.

It’s all a jumble right now, but it certainly provides interesting debate fodder.

If any readers have any thoughts on the matter, I’d like to hear them. Engaging in conversations like these is good for everyone.