Just a Minute with Justin Young: The best indy team in America, coaches aplenty and a new recruiting calendar 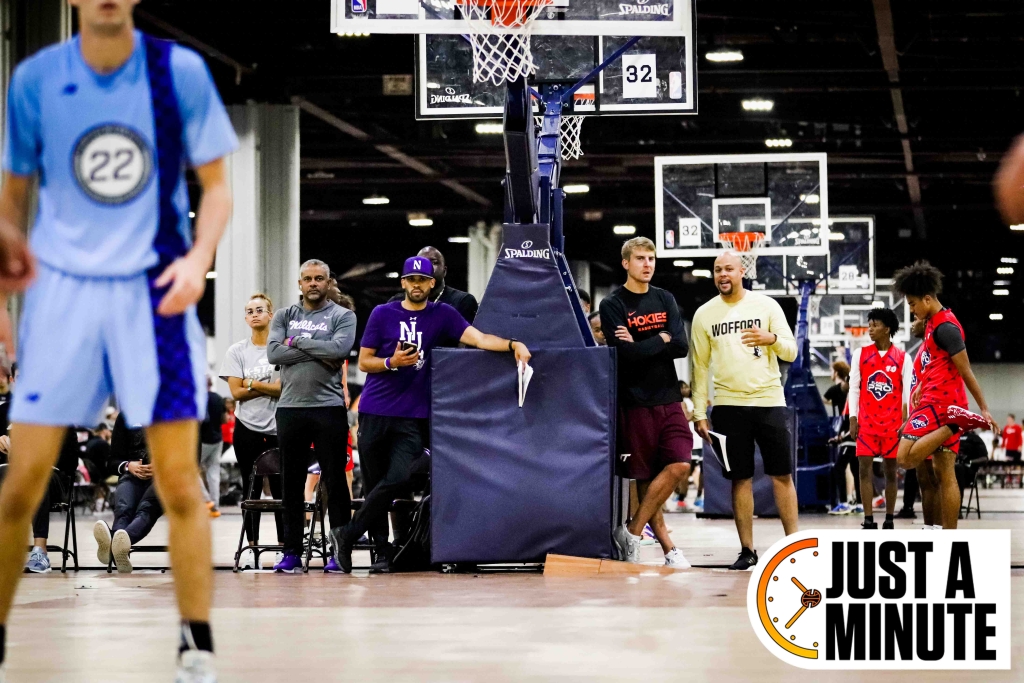 Just a Minute with Justin Young: The best indy team in America, coaches aplenty and a new recruiting calendar

The 2022 Best of the South is in the books. As usual, the annual summer recruiting stage in downtown didn’t disappoint. With hundreds of teams from all over the country at the Georgia World Congress Center, there is so much to dig through. These three talking points were on my mind throughout the event. Let’s jump into the hot topics in this week’s Just a Minute.

Mid Pro is the best independent team in the country

I think when we look at the totality of travel programs in the country, Mid Pro should be counted as one of the 15 best in America across all leagues. It is that simple.

What made this program from Peoria, Illinois so successful? Continuity, great coaching, unselfish depth and strong talent at the two positions that make any team go - a big-time point guard and an undeniable big man.

There is something to be said about having a roster that has very few changes for the duration of a high school career. Mid Pro has done that. They won the 16U championship in Orlando last summer and the 17U title this summer at the Best of the South.

The years of playing together, winning - and losing - together and learning to trust one another took time. In travel ball, we oftentimes see rosters change from event to event in some cases so to see this team not only win convincingly throughout the season but also get better along the way was satisfying.

Keep a close watch on Iowa - where big man Owen Freeman and point guard Brock Harding are going - and wherever the rest of this roster heads off to college. These guys win. It is what they know. There is no reason to think that will change at the next level.

Let’s be honest, the spring recruiting period was a loss. For everyone. But when June came around and college coaches were out and about during the scholastic live period you got the sense that July was going to be healthy.

July has certainly started off right. At the Best of the South, we saw hundreds of coaches from all levels come through the Georgia World Congress Center. Hundreds. Link the list HERE.

We saw college coaches from every level and from every corner of the country. It looked like what the Best of the South is each and every summer.

In the ever-present evolution of recruiting, I think we need to keep examining the proper flow to the process of how and when college coaches can recruit high school basketball players. We are getting there, slowly but surely we are getting there. I noted in the spring my proposal for new dates for NCAA Live Periods. Allow me, if you will, to offer up some suggestions for the summer live period.

Let’s drop the fifth day for the July periods. Either cut Wednesday or Sunday out. Five days is too long. That’s a 10-game maximum in five straight days, if a team plays out the full schedule. Is that smart? Probably not. Moreover, the taxing of physical activity, travel, logistics and budgets could use a shorter week of action.

- April: The last weekend of the month is the only NCAA Live Period weekend for travel teams.

- June: The second and third weekends of the month for NCAA Live Period weekends for scholastic teams

- July 7-10 (or corresponding weekends in that week) is a NCAA Live Period for travel teams.

- July 21-24 or corresponding weekends in that week) is a NCAA Live Period for travel teams.

The fall and winter remain the same for scholastic weekends. That gives scholastic teams six days in the summer and nine days in the spring and summer for travel teams. That’s 30 total games to be viewed, which is equivalent to a full scholastic season of evaluating.