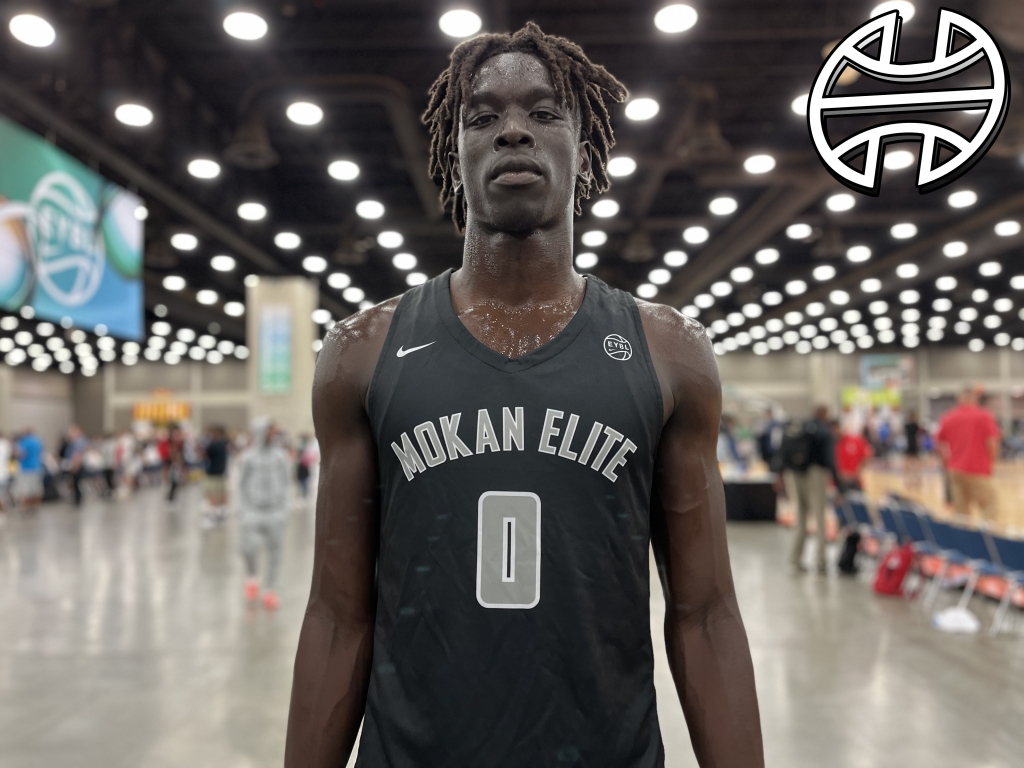 Welcome back to Five Things Friday!

After being at the NBPA Top 100 Camp in Orlando on Thursday, this week’s five things will be centered around some of the prospects from the camp in the form of five superlatives.

Flory Bidunga is my guy. I went into the camp relatively unfamiliar with his game other than reading about him or catching a highlight or two. I’m leaving the camp raving about him as one of the best players that I saw now.

He was dominant for most of the weekend. Big, strong and physical, Bidunga is a force around the rim in every regard. He has some explosion to his game that helps boost his efforts in the paint. As far as I can tell, his recruitment has been slow to start but is starting to pick up steam. I can tell you this, Bidunga will be one of 2024s most sought-after bigs sooner than later. When watching him, I couldn’t help but thing of an Oscar Tshiebwe comparison.

One of the highlights of the weekend was watching Bidunga go against fellow 2024 C Somto Cyril. The two will be talked about in the same breath for the foreseeable future because they mirror each other so much.

The best shooter I saw was Ashton Hardaway, and I don’t think it was even close. His shot is picture perfect. When he lets it fly, it looks like its going in every single time. More often than not, it does. There’s no rim-rattlers with him either. He’s barely touching net on his shots. Hardaway does it off the catch, and he can create his own shot when he pairs his 6-foot-7 frame with his fadeaway.

For this category, I’m going with Omaha Biliew. He can do a little bit of everything well. His impact on the game was felt in one way or another. If he wasn’t scoring, he was giving the opposing team’s best player fits with his defense. He’s a physical player with a great motor, so rebounding wars are likely to favor Biliew. He did plenty of rebounding over the weekend. He’s a player that gets in where he fits in because of his versatility. Tell him the assignment, and Biliew will complete it with gusto.

Cameron Boozer has to be the highest upside guy I saw while I was at the Top 100 camp. The 2025 forward is incredibly advanced in all facets of the game already.

Physically, he’s there. A strongly-built 6-foot-8, Boozer looks more like a player ready to step on a college campus rather than one getting ready to step into his sophomore year of high school. Skillwise, he handles the ball, shoots it, operates well in the post, and passes it with precision. There aren’t many holes in his game in that regard for his age. The most impressive part of his game is how well he defends. He’s already a high-level rim protector and showed enough in the way of being able to guard on the perimeter too.

Having the genes and the upbringing that he’s had certainly doesn’t hurt his case at all. He’ll be fun to follow for the next few years.

Going into the final day, I had a list of players for this spot, and as teams advanced, my list got shorter and shorter until Baye Fall and GG Jackson were the last ones standing. Their championship-game meeting was the determining factor that gave Jackson the edge at the end of the day.

Jackson was essentially a 6-foot-9 guard throughout the weekend. He spent a lot of time initiating iffense for his team, which he was more than successful at due to his tremendous ball skills and shiftyness. He averaged a double-double throughout the weekend and veery clearly looked like a player that’s being talked about as the best in his class.

The North Carolina commit was elite all weekend and led his team to a championship. He was named as the official camp MVP by the NBPA, but I’m sure the Josh Tec MVP award means just as much to him.